"Films Bring Us Together" is the tagline for Frameline37 — the 37th San Francisco International Lesbian Gay Bisexual and Transgender (LGBT) Film Festival. 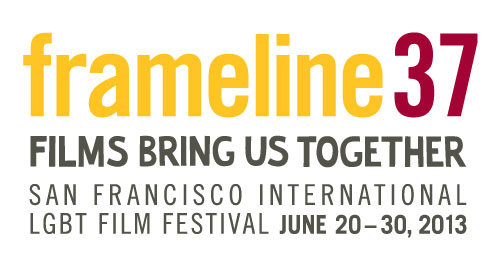 That "us" means you and me, and everyone else. Frameline37 certainly reflects that point in this year's programming.

To bring us together, this year's festival curates 238 films from 27 countries, including 82 features and 155 shorts, out of more than 800 submissions. These numbers are quite impressive when most other major festivals in the City have been scaling back recently. Even more impressive is that the ticket prices remain unchanged from last year! However, many films are shown only once, you should make sure not to miss them if you are interested. Plus, many of these films are unlikely to be shown in a theater near you in the future.

Last year, I was delighted by Frameline36's changing of heart for selecting more queer Asian cinema — I call them gaysian films. I am thrilled to see that not only this direction doesn't fade away, but also it gets expanded into a spotlight at this year's festival — Frameline37 presents 29 gaysian films that reflects Asian and Asian American LGBTQ community.

Frameline's shorts programs have been strong and extensive over the years. Every year the traditional "Fun in Boys Shorts" and "Fun in Girls Shorts" always entertain the festival goers with crowd pleaser comedies. It's no exception this year. However, I am really impressed by the superb quality of the short films in this year's "Worldly Affairs" — a fine collection of foreign gay short films, which you probably won't be able to see anywhere again after the single Friday, June 28, 4:00PM screening at the one and only historical Castro Theater.

Here are a few (mostly gaysian) feature films I have seen at this year's festival. As always, each film title is linked to the festival program, where more details about the film including showtime and venue information during the festival can be found. Each film's still image is linked to a film's official Web site if it's available. In random order: