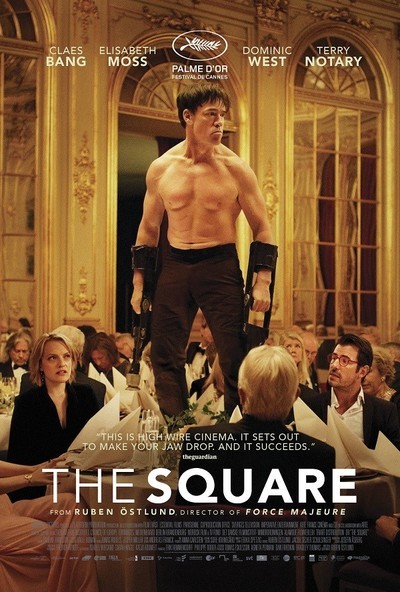 Take a pause and look around, there is a good chance that a gloomy society in turmoil is on display—widened inequality, intensified immigration crisis, disappearing human compassion and trust, growing prejudice and hatred, commercialized art, explosive-content-driven social media, apathetic bystanders, to name just a few. And the acclaimed Swedish writer-director Ruben Östlund aims to address all of these issues in his provoking and arresting new film "The Square" (Sweden/Germany/France/Denmark 2017 | in English/Swedish/Danish | 142 min.). While his ambition is admirable and his social commentary is fierce, he doesn't offer much inspiration or resolution about what to do, except making the viewers feel guilty about being part of the status quo.

The film won Palme d'Or at this year's Cannes Film Festival. It is Sweden's entry in the upcoming Oscar race for best foreign language film, and there is a good chance of it winning again.

The film's title refers to the name of the fictional modern art installation at a prestigious art museum in Stockholm, curated by the museum director Christian (Claes Bang). The illuminated square represents "a sanctuary of trust and caring" and "within it we all share equal rights and obligations." No matter how noble the intention of the artwork might be, Christian needs to raise money from patrons and hire a PR firm to publicize the exhibition.

While the artwork symbolizes an ideal society, almost every frame of the film reveals a reality that is contrary to what people want to believe and practice. As if the film is a collage of short stories that touch various social and psychological issues, Christian is the link at the center of every story that connects and captures every social phenomenon that the film plans to tackle.

That's a tall order to fill, which explains why the story line that links these short stories seems a bit stretched at times. For example, after Christian is robbed, his employee Michael (Christopher Læssø) uses the "Find My iPhone" app to locate his stolen phone which is at a high-rise housing project. Instead of reporting to the police, Christian and Michael nervously go there to get their phone back. In another instance, a grounded kid is able to find Christian's home by himself and start a shouting match with him. Why this setup? So the director Ruben Östlund can show how Christian interacts with people outside of his comfort zone and class.

However, these are minor flaws that you don't have time to ponder. That's because the film never stops provoking and entertaining the audience with scenarios that reflect the director's forceful social commentaries, such as when Christian tries to get his phone back, when he helps the homeless, when he interprets contemporary art, when he hooks up with American journalist Anne (Elisabeth Moss), when he seeks help from strangers, and when he communicates with museum patrons and fellow museum staff members. 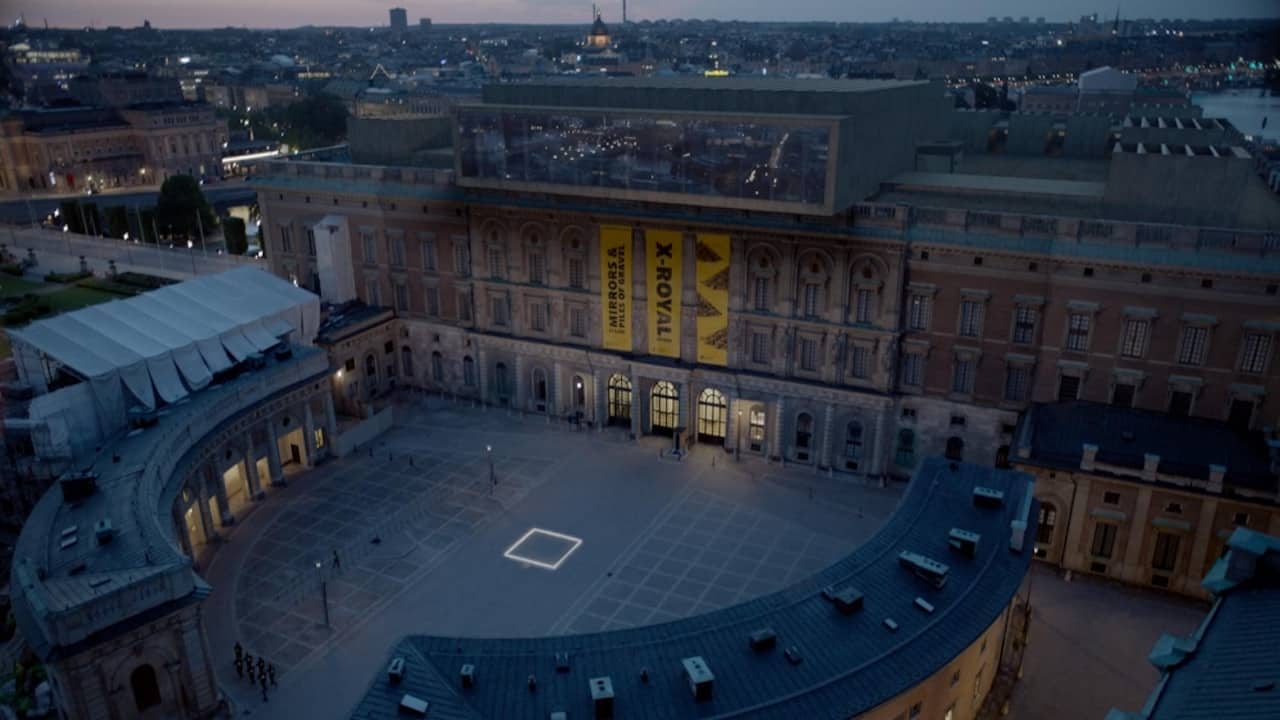 The director Ruben Östlund certainly has a lot of points to make in this film. He brilliantly implies what the square might look like in our society, but he has little advice on how to get people to step into that square. That is not necessarily a failure though, and is far from the disaster produced by the PR firm's social media campaign for the square on the ground. The film's greatest achievement is to stimulate the audience to think about what they might do in the situations portrayed in the film. For instance, would you get up and interrupt Oleg (Terry Notary) at a black-tie gala if you think his performance art gig as an ape is out of control?

The film has plenty of humor, and often pokes fun at pretentious high art concepts. In one scene, after the museum's cleaning crew accidentally vacuumed some gravel that are displayed on the gallery's floor in a cone shape, Christian instructs the museum staff not to call the insurance company to report the damage, but he will "fix" it himself. That reminds me of a similar incident during a recent exhibition at Legion of Honor—the cigarette that was stuck in a statue's vagina went missing from time to time. As a solution, the museum staff kept a pack of cigarettes as a backup and put one back (wearing gloves, no less) when the vagina needs a refill.

If nothing else, the film makes you think about what you will do when you are stopped on the street and asked: "Would you like to save a life today?" It might depend on if you are standing inside the square, perhaps?