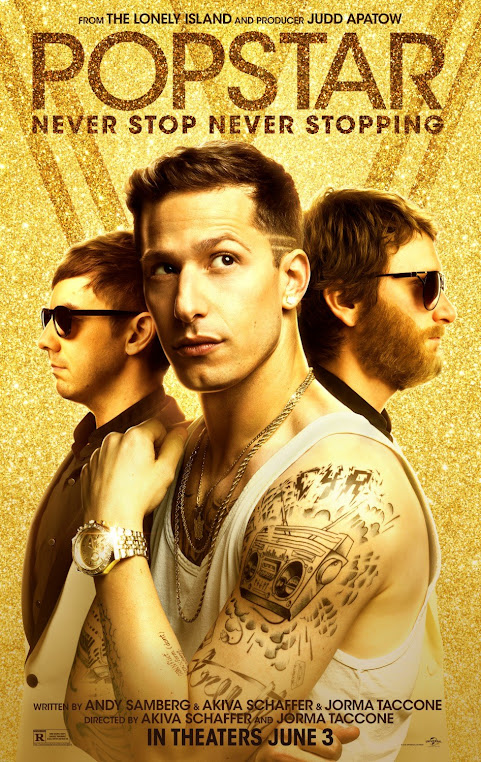 There has been a slew of documentaries or narratives about musicians or music groups recently, and many of them are poignant and nostalgic. To give that trend a break, the creators of the comic group The Lonely Island made a hilarious comedy "Popstar: Never Stop Never Stopping" (USA 2016 | 86 min.). Although the film looks like a genuine documentary with a title that makes little sense, it's anything but a documentary. This satirical film brilliantly mocks pop music culture and boy bands (with a wink at Justin Bieber), and it successfully extends a Saturday Night Live (SNL) style skit into a feature length farce.

Conner (Andy Samberg), a.k.a. Conner4real, used to be the lead singer in a boy band called The Style Boyz, with childhood friends Lawrence (Akiva Schaffer) as the song writer and Owen (Jorma Taccone) as the DJ. When Conner's first single wins a top music award, he takes all the credits himself. This upsets Lawrence, who leaves the band to become a farmer. That doesn't concern Conner at all. With his manager Harry (Tim Meadows), his publicist Paula (Sarah Silverman), his cook (Justin Timberlake), and screaming fans by his side, Conner indulges himself in a lifestyle of a super star and poises to release his second single.

Not surprisingly, the second single is a disaster. Conner slips into the lowest point of his music career. To make a comeback, Owen tries to bring the trio back together. 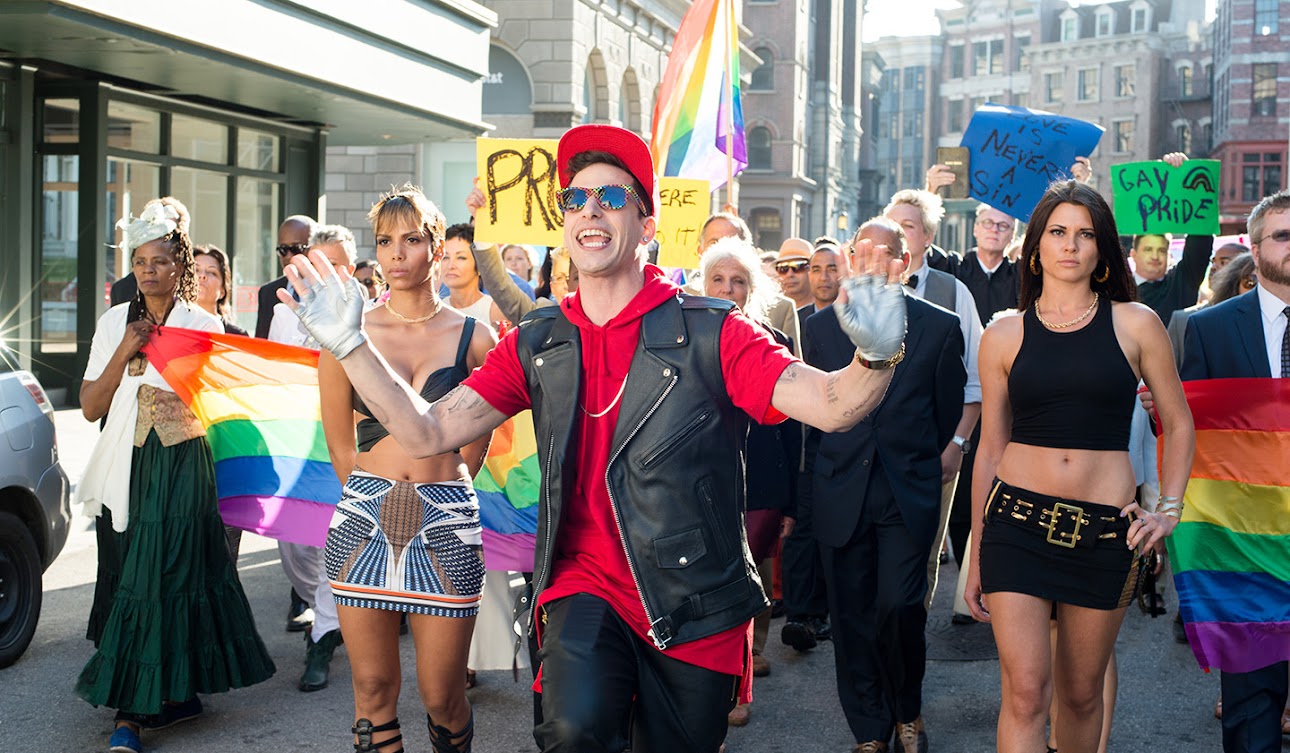 It's both impressive and amusing to see how the film assembles so many musicians and celebrities to appear on camera, either as performers or as talking heads as if they are indeed in a documentary: Mariah Carey, Seal, Snoop Dogg, Usher, Simon Cowell, Michael Bolton, to name a few. When these celebrities talk with a straight face, the comical effect is absolutely right on the buck. It is much funnier than the typical physical comedies that you often see in standard SNL skits.

The reconciliation plot among the trio may be the weakest part of the film, but obviously no one comes to this movie for a dramatic narrative. In addition, some of the mocking music performances, although meant to be mocking in nature, are energetic and catchy enough to make you wonder if songs like "Not Gay" or "Mona Lisa" truly exist.

When it comes to shock value in the name of comedy, the film seems to hold back nothing. For example, the scene of Conner signing autographs is similar to the shocking level in "Borat" (2006). However, Conner's silly performance on stage and the mockery interviews are what make this film an enjoyable piece of slapstick entertainment.