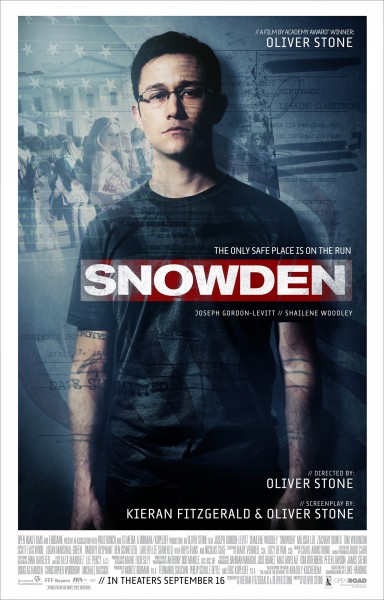 When you board a bus, there is a sign stating that your voice and image will be recorded by CCTV. But no one seems to be bothered by the warning and no one refuses to take a ride. Does it make a difference to riders whether the sign is there or not? What if the surveillance goes beyond public spaces such as buses or subway? What if the government secretly monitors your daily life in the name of national security? That's precisely what the US government has been doing as revealed by Edward Snowden, a formal Central Intelligence Agency (CIA) employee and a former contractor to the National Security Agency (NSA). He was the subject of Laura Poitras's Academy Award-winning documentary "Citizenfour" (2014), and his story has been told in great details in media reports. Yet, the celebrated Oscar-winning director Oliver Stone is able to dramatically reenact some crucial moments of Snowden's life in a gripping new film "Snowden" (USA/Germany/France 2016 | 134 min.). It helps to enhance the debate over liberty vs. security, and fuels the movement of urging President Obama to pardon Snowden.

The film opens in Hong Kong, when Edward Snowden (Joseph Gordon-Levitt) releases classified NSA documents to journalist Glenn Greenwald (Zachary Quinto) and documentarian Laura Poitras (Melissa Leo), and later joined by journalist Ewen MacAskill (Tom Wilkinson). In flashbacks, the film chronicles Snowden's short-lived career in the army, his rigorous training mentored by Corbin O'Brian (Rhys Ifans) and Hank Forrester (Nicolas Cage) at the CIA, his unsettling discovery at the NSA, his up-and-down relationship with his girlfriend Lindsay Mills (Shailene Woodley), and his courageous actions that prevent him from living in the country he loves. 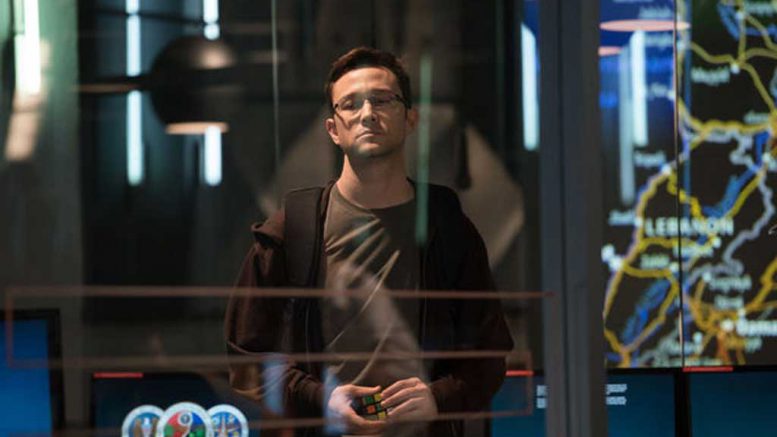 The film doesn't really add any new story to what we already know, except that being a dramatic recount of those events, it does convincingly expand the subplot between Snowden and his girlfriend and adds some thrilling elements in the storytelling. The director Oliver Stone skillfully unfolds the narrative and keeps us captivated even though we are familiar with the subject. There is no question that he regards Snowden as a hero instead of a traitor, but he never makes Snowden look anything more than a grounded patriot. By making this film, he makes a sound argument against the government's illegal secret surveillance program. It's hard to imagine anybody else telling Snowden's story better than Oliver Stone.

Speaking in a deep voice from his throat, the terrific Joseph Gordon-Levitt remarkably resembles Edward Snowden's demeanor. Equally fine is Shailene Woodley who strikingly resonates with us even though her character is essentially unknown before this film.

After watching the film, you may think twice when you make a phone call or send a message. Yes, the government is watching even when you think you have nothing to hide. But in the name of better security, will you surrender your civil liberty to the government? The film says a resounding no, in an inspiring voice from Edward Snowden.