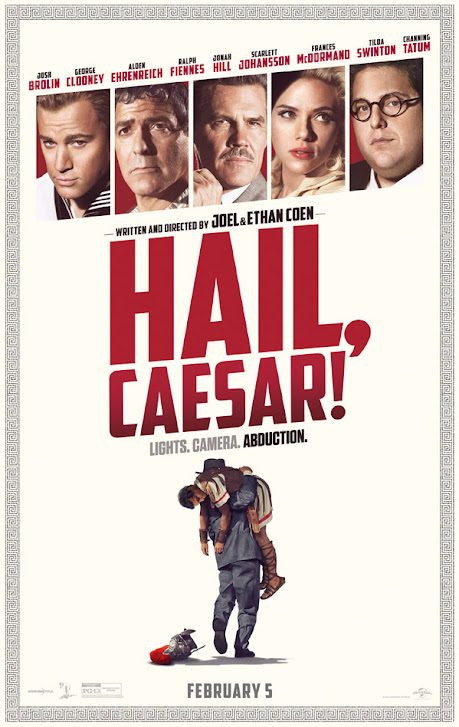 Renowned writer-director Ethan Coen and Joel Coen brothers have made many films including a few master pieces. But when they intend to have some light-hearted fun, they also never fail in delivering sly humor and mischiefs. Their latest satire goofball comedy "Hail, Caesar!" (USA 2016 | 106 min.) is wildly entertaining and funny, despite the fact that it contains little plot and intellect. The film plays out like an ensemble of hilarious skits on Saturday Night Live with a straight-faced host—Josh Brolin.

The "host" in the movie is Eddie Mannix (Josh Brolin), a "fixer" or a go-to guy in the '50s Hollywood studio system. Whether a celebrity is involved in a scandal or a production is stuck, Eddie is the one to take care of the mess whenever there is a problem. His latest problem involves a large scale production "Hail, Caesar! A Tale of the Christ" with a not-so-bright Baird Whitlock (George Clooney) as the lead actor. Before the last important scene can be shot, Baird is kidnapped by "The Future," a group of communist Hollywood writers who blame the studios for taking all the profit that they deserve to share. They ask for $100,000 ransom money for the release of Baird.

Even before the era of cellular phones, Eddie runs around like the most capable CEO who puts off fires and gets things back in order. He gathers religious leaders from different faith to counsel the subject of God for the Caesar production. He finds a father for the unborn-child of a pregnant mega-star DeeAnna Moran (Scarlett Johansson). He forces a director Laurence Laurentz (Ralph Fiennes) to cast a dumb cowboy Hobie Doyle (Alden Ehrenreich) in a period drama. He fences off tabloid twin-sister columnists Thora and Thessaly Thacker (Tilda Swinton). He goes to confessionsat a rate even the priest thinks is too frequent. He meets a recruiter for career-changing opportunity. He checks out footages with a film-editor C. C. Calhoun (Frances McDormand). Of course, he still has time to deliver a suitcase of ransom money to get Baird back to the production. He is a true fixer, indeed. 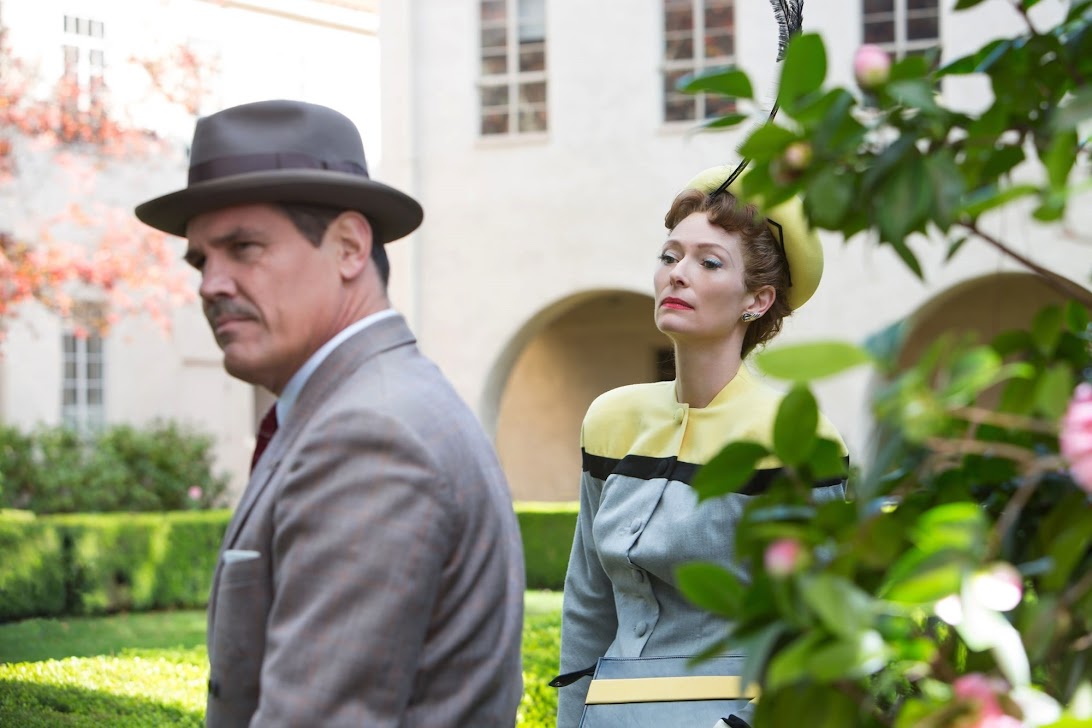 As if they are giving us an exciting tour inside the sets of studios, the Coen brothers pay homage to the glory of cinema through each amusing skit. Even though these skits mostly seem independent from each other, their glamor and amusement are simply irresistible on their own. From a short scene such as film-editor C. C. Calhoun feeding the film projector to a long take such as an energetic Burt Gurney (Channing Tatum) tap-dancing as a sailor on a movie set, the film does nothing less to enchant the audience. It constantly feels like an opening performance at an Oscar ceremony.

Although Channing Tatum's character Burt is not very significant to the story, but his charming performance steals the show handsomely. He shows us once again what a great dancer he is in case you are not yet convinced by "Magic Mike XXL" (2015). When he turns his head with the Soviet song "The Sacred War" (Священная война) on in the background, how can anybody hold back chuckles with the Coen brothers behind the camera?

Obviously the Coen brothers are not offering anything serious by making this delightful film. They are just having some fun. There is nothing wrong with that, especially when their goofiness works.

"Hail, Caesar!," a Universal Pictures release, opens on Friday, February 5, 2016, and it will open the Berlin International Film Festival on February 11, 2016.