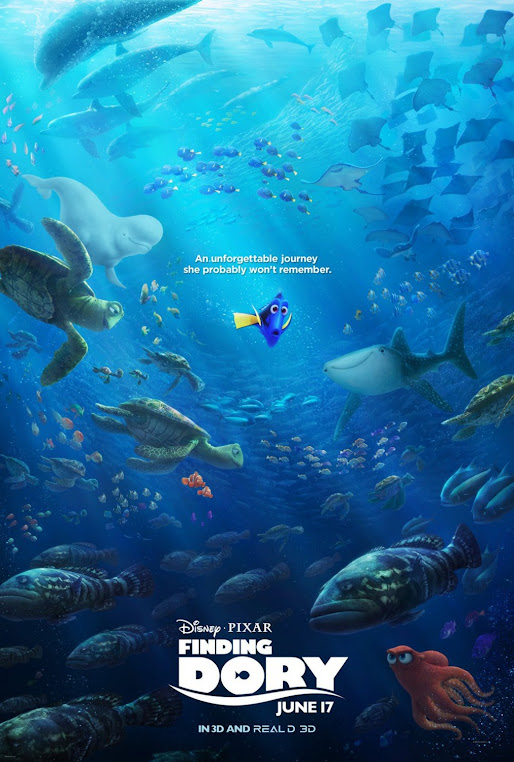 Contrary to the common myth that fish's memory only lasts for three seconds, it actually might last for months. Although that's still not a very long time, it's long enough for Dory to claim that she suffers from short-term memory loss. That symptom is shown in the most adorable way when she cannot count past five at the beginning of Pixar's new animation "Finding Dory" (USA 2016 | 97 min.). Despite the fact that Dory's memory problem is proclaimed numerous times in the film, it isn't the focus. The film tells an improbable tale about how Dory searches for her parents while charming the audience with the familiar Pixar cuteness. Perhaps "Finding Parents" may be a more appropriate title for the film but that would be out of sync as a sequel to the immensely popular "Finding Nemo" (2003).

Even though Dory (voiced by Ellen DeGeneres) cannot remember much, she can recall her parents (Diane Keaton and Eugene Levy). With the help from Nemo (Hayden Rolence) and Nemo's dad Marlin (Albert Brooks), Dory goes on a quest to reunite with her parents.

That certainly sounds like a mission impossible. Luckily, Dory gets plenty of help, particularly from an elusive octopus Hank (Ed O'Neill). In return, Hank wants the tracking tag placed on Dory by the staff of Marine Life Institute in California. That tag is the ticket for Hank to go to an aquarium in Cleveland, because he doesn't want to be released back to the ocean upon rehabilitation. Strangely, it seems every creature in the water as well as on the land knows where Dory's parents are. Finally, joining the forces of a near-sighted shark Destiny (Kaitlin Olson) and a white whale Bailey (Ty Burrell), an over-the-top climax concludes a predictable happy ending for this fairy tale. 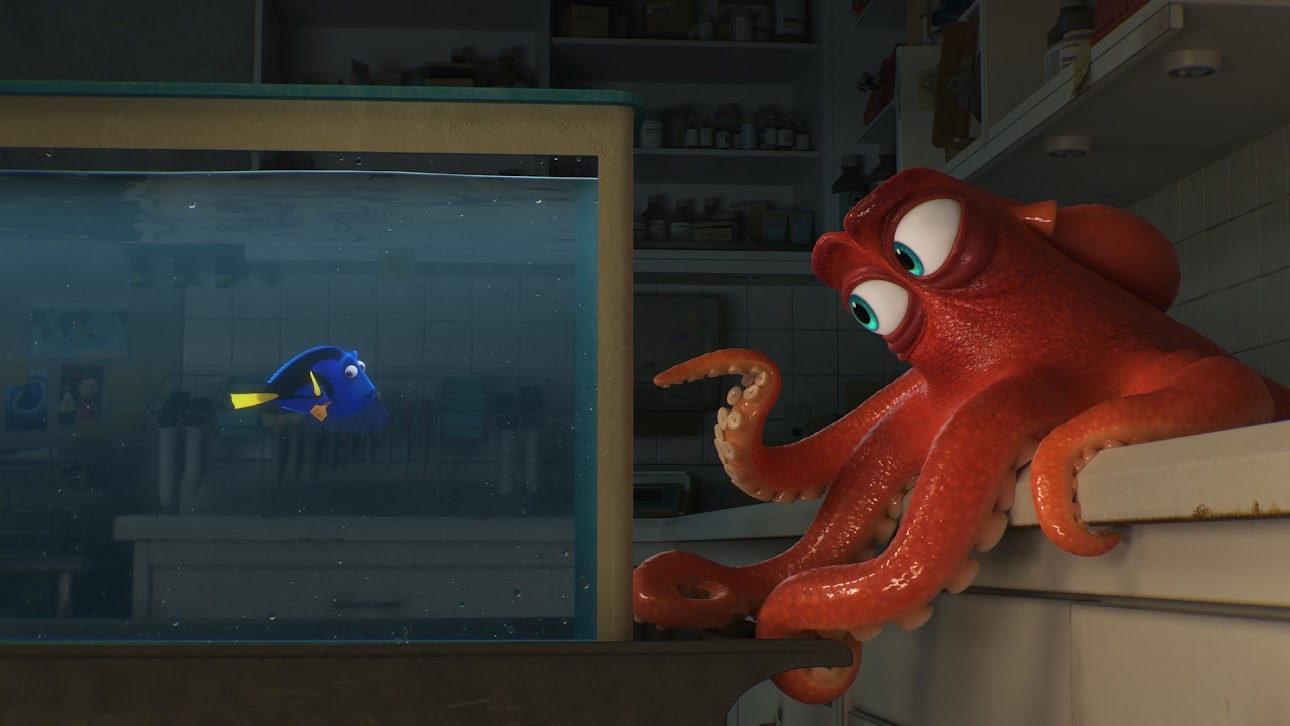 The film's plot is basically set at the comprehension level of a toddler, so if you are out of that age group, you have to look elsewhere to be entertained by this film. Fortunately, Pixar animation has plenty of cuteness to offer, including in this film. No matter how much you get bored by the unconvincing story, you may forgive the movie when you are charmed by the expressive big fish eyes and when you hear the laughter from children in the theater. How can you not to be delighted with the "stop the traffic" scene toward to the end of the movie?

Occasionally, the humor in the film works both for children and grownups, and Ellen DeGeneres is excellent in delivering timely comedy. However, this sequel is nowhere near the high bar set by "Finding Nemo" and it stimulates little thought as other Pixar films. This film may stay in our memory as briefly as Dory counts the numbers at the beginning of the film, and that's not due to short-term memory loss.