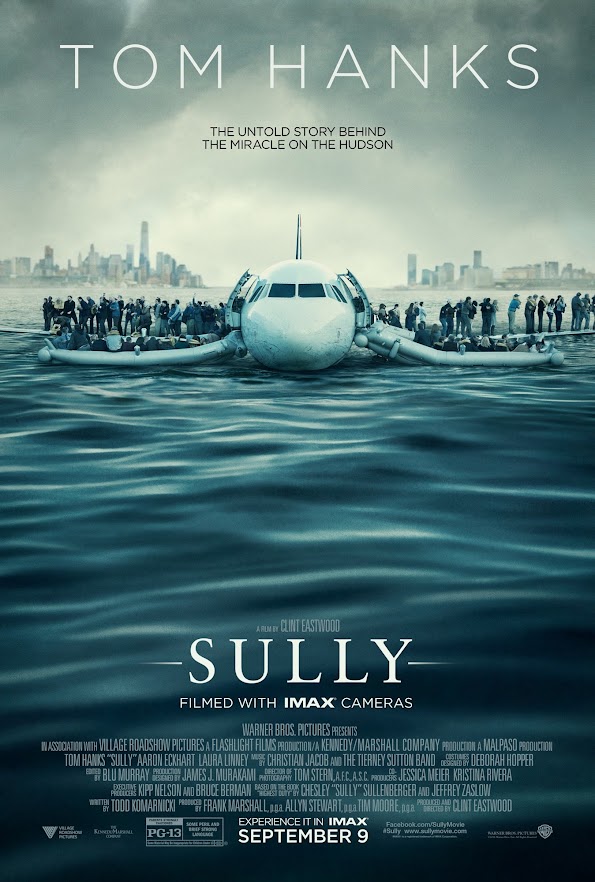 Chesley "Sully" Sullenberger became a household name on January 15, 2009 after he miraculously landed the US Airways Flight 1549 on the Hudson River and saved all 155 people on board. He has been hailed as a hero and beloved by the survivors as well as the entire nation. Even though this incident has been well-known, it's still a great story to tell one more time. This time, it's told by the legendary 86-year-old director Clint Eastwood in his latest uplifting film "Sully" (USA 2016 | 96 min.). Even better, Sully is played by the all-around nice guy Tom Hanks. While the latest headlines have been filled with gloomy news such as wars, terrorist attacks, natural disasters, and the presidential election, this feel-good movie provides a much-appreciated escape.

But that doesn't mean watching this movie is a smooth and easy ride. After all, it's about an aviation accident when an airplane is struck by geese and loses both engines in the air. Despite the fact that we all already know the outcome, Clint Eastwood's skillful recount of those terrifying moments is nothing short of a thrilling experience.

The film is set during the days right after Sully successfully landed the airplane on the Hudson River. Capitan Sullenberger (Tom Hanks), a.k.a. Sully, and First Officer Jeff Skiles (Aaron Eckhart) are kept in a hotel in New York City while the National Transportation Safety Board (NTSB) conducts the mandatory investigation about the incident. Although Sully calmly took swift and wise actions after his plane was struck, now he appears to be shaken and frequently has nightmares. Yet, he continues to be the most good-natured guy you can ever encounter and never loses his temper even though the officials from NTSB seem to be unreasonable or even hostile. 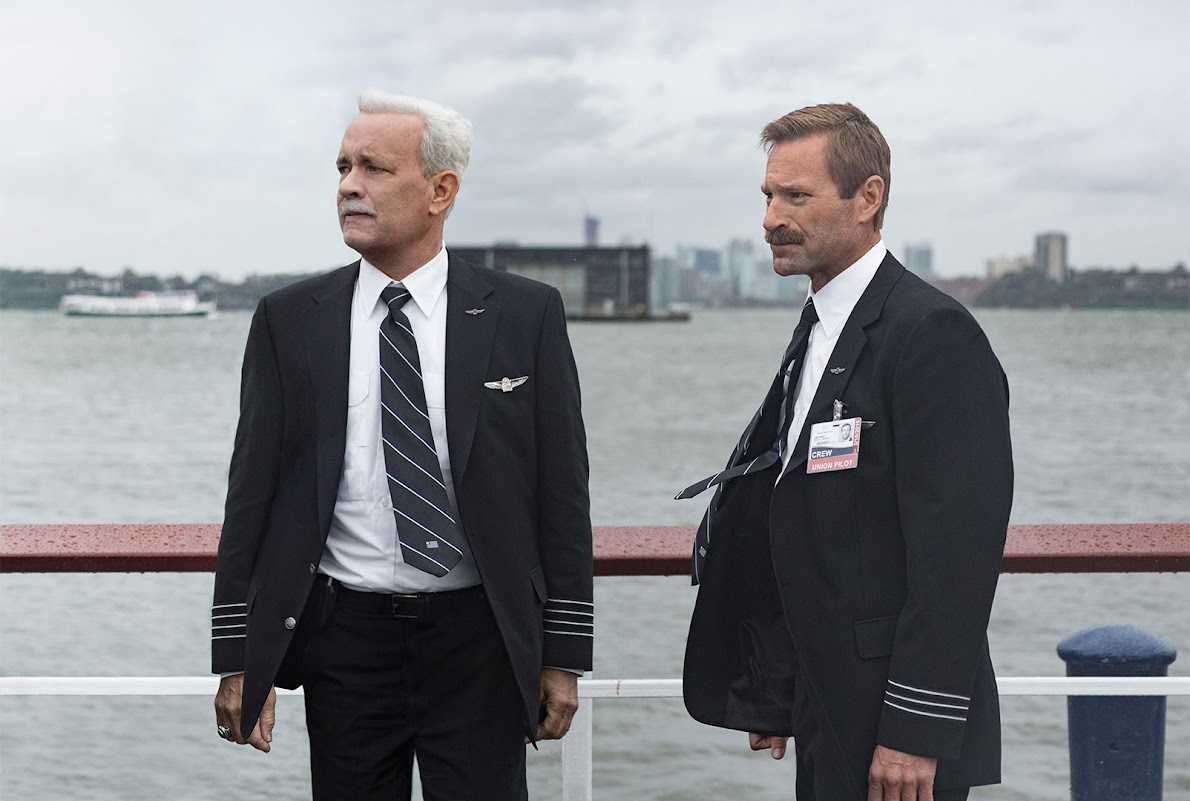 In flashbacks, the film vividly recreates each hair-raising moment when the plane is in the air and in the water. The actions taken by Sully and his crew illustrate the high-bar of their professionalism and the profound heroism that is both inspiring and moving. The great compassion and kindness from New Yorkers is also on full display when they rush to the rescue after the incident. The director Clint Eastwood clearly salutes not only to the flight crew, but also to the New Yorkers.

What can possibly go wrong when America's most liked actor Tom Hanks plays the kindest hero Sully in a Clint Eastwood film? Hardly anything, except that the protagonist gets all the spotlight and leaves almost nothing to the rest of the characters. Playing Sully's wife Lorraine, Laura Linney only gets to answer a few phone calls to express her concerns and we know little about her character.

Featuring a nice-guy hero, with such a happy ending of a great story, the film has all the best ingredients to make a delicious product. The film is almost impossible not to be embraced, especially when it gives you such a positive vibe while so many negative stories flood the media. Sully might get a lot votes if he were put on November's presidential ballot because we all dream of taking a ride with a competent and trustworthy Capitan like Sully, be it an airplane or a nation.