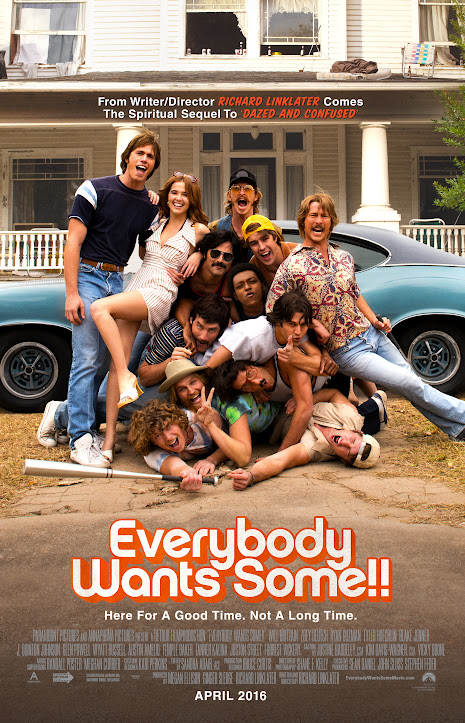 Take off those flare-leg pants and put on some tight shorts; cut off the long hair but save the mustache—welcome to the '80s! The writer/director Richard Linklater leaves the '70s "Dazed and Confused" (1993) behind and takes us to its "spiritual sequel" "Everybody Wants Some!!" (USA 2016 | 116 min.) with plenty of beer and raunchy parties. Unless you're old enough and relive that experience a few decades back, you will probably simply get annoyed by these obnoxious loud party-goers.

Set in 1980 in a university in Texas, a group of baseball players assemble in a run-down house two days before classes begin. But instead of getting ready for classes or actually playing baseball, all they do is to look for parties and girls, or to play juvenile games and pranks with each other. There are quite a few people living in the house. Although it's not hard to distinguish them by their distinct facial hair and personalities, it's hard to figure out what their names are and why they are in the house. They are pretty much a bunch of horny guys who live up to the tradition of a college fraternity house except that they neither live in one nor look like a frat boy.

However, two guys' names actually stand out and stick around: one is Jake (Blake Jenner), the blond freshman who is always called out and picked on by other housemates; the other is Beuter (Will Brittain), Jake's cowboy roommate who appears clueless while being made fun of because of his name. The rest, you can just call them lascivious, immature, cocky, and freaky guys.

There isn't really a narrative to follow in the film, except Jake's wooing of a theater-major Beverly (Zoey Deutch). The film leisurely and loosely follows these ballplayers from one party to another, and eventually catches them playing baseball for once. It's a big relief that the '80s is finally behind us after two hours. 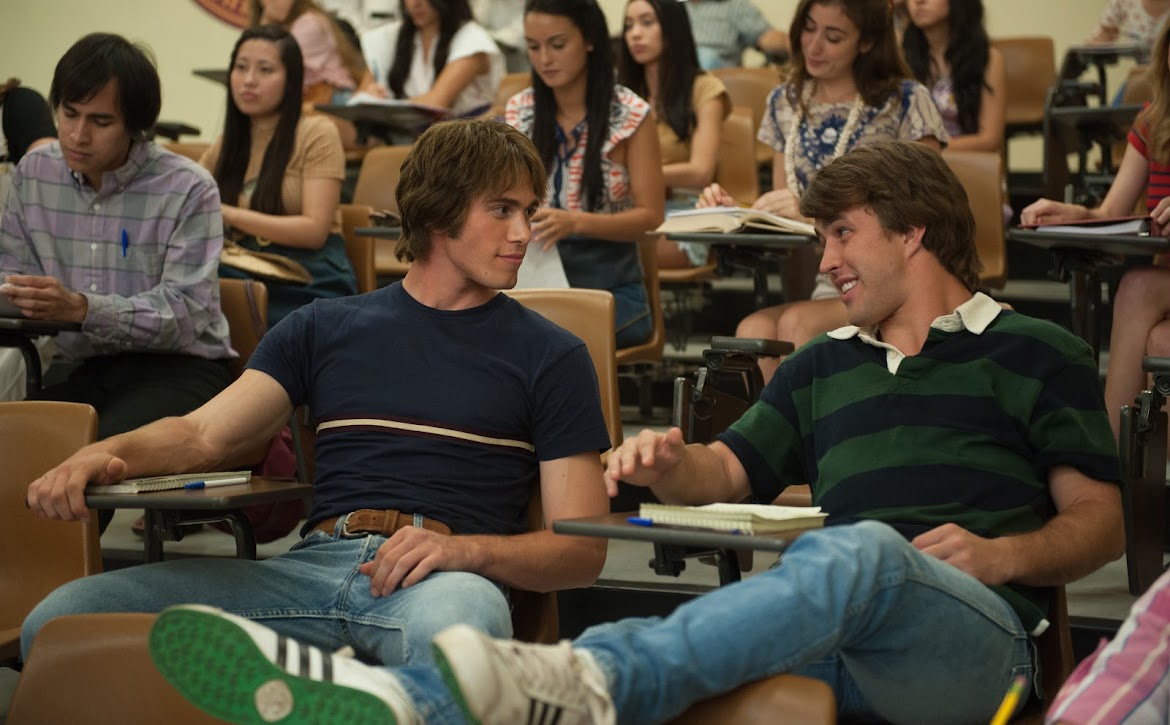 This isn't the first time for the write-director Richard Linklater to tell his stories and to craft his characters with the most ordinary everyday happenings. His Oscar-nominated "Boyhood" (2015) and Before Trilogy all created fantastic characters via small yet philosophical talks in daily lives. But that's not the case in this film. This film's characters appear to be nothing more than being dumb, drunk, and obnoxious. The film might trigger some people's memories about college life, but it fails to remind me why I should care about that period or about these guys.

But the film's biggest problem is casting. These actors are in their late 20s if not in their 30s while playing college kids. With their awkward mustaches, you would think they might be occupying the college campus while visiting their nephews or nieces. They look absolutely ridiculous and pathetic when they chase college girls and get wasted. If you witness a real fraternity party on a college campus, even though it won't be pretty, at least they might be easier on the eyes than these bums in the film. Maybe it's true that everybody wants some, but I want nothing from these guys in the film.

"Everybody Wants Some!!," a Paramount Pictures release, opens on Friday, April 1, 2016 in San Francisco Bay Area.