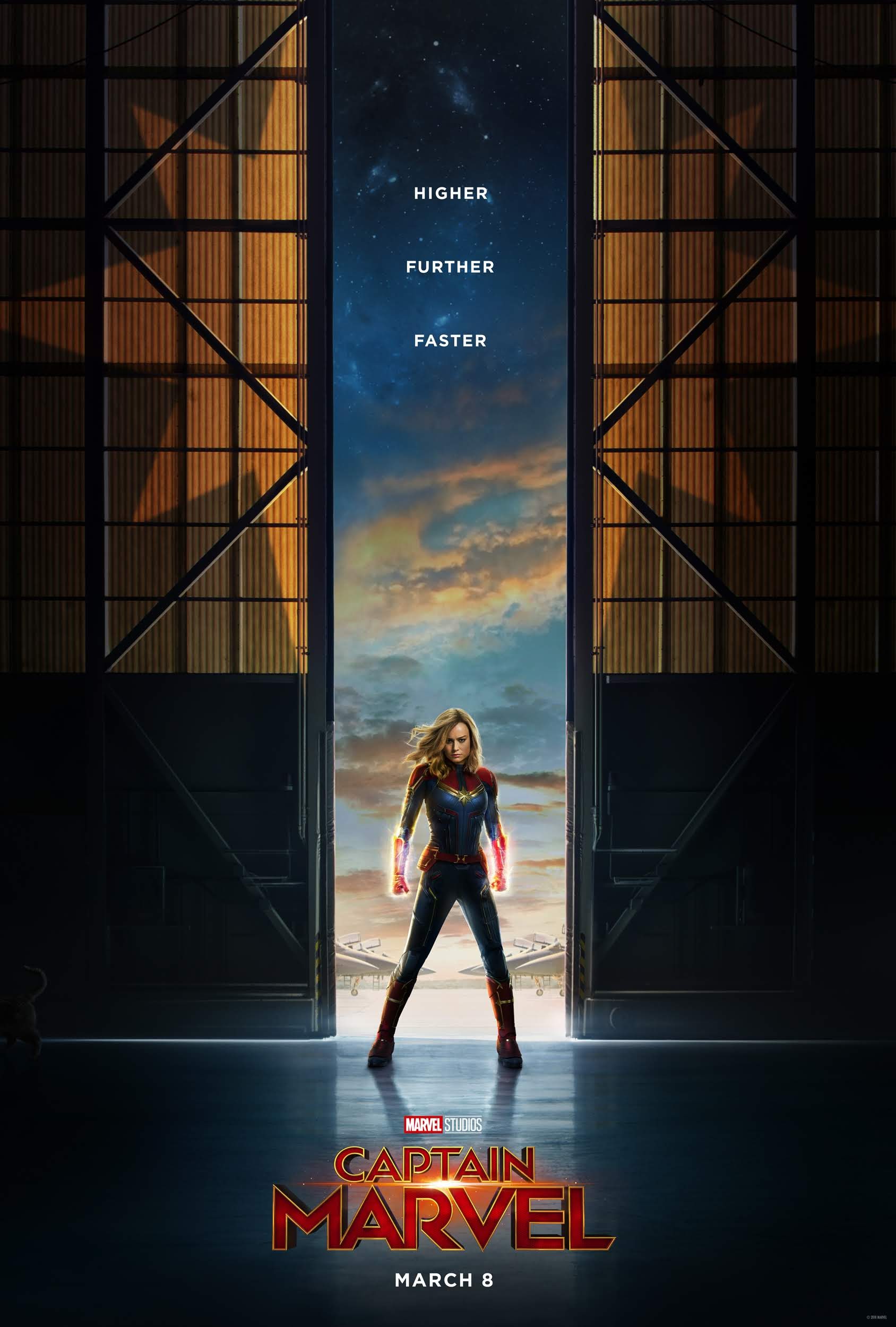 I wonder how many people can keep track of those superheroes in films based on Marvel Comics characters. But one thing which is certain is that most of them are male, whether they are human or not. The latest arrival "Captain Marvel" (USA 2019 | 124 min.) breaks that norm with a heroine with unprecedented superpower. Even though the film is full of explosions and dazzling computer-generated images just like every other superhero flick, its sly humor and gentle touch on its characters' emotion surprisingly make it more entertaining than one would have expected.

Another surprise is that the film's writer-directors are Anna Boden and Ryan Fleck, who are not typical Hollywood blockbuster creators but independent filmmakers known for films such as "Half Nelson" (2006) and "Sugar" (2008). Perhaps that explains a little why the film gives its characters some feelings besides superpower.

When the film's protagonist Captain Marvel (Brie Larson) first appears in the film, she is Vers—a Kree warrior mentored by Yon-Rogg (Jude Law). The Krees are at war with the Skrulls which have the amazing ability of transforming their appearance into anything they see, similar to the legendary Chinese character Monkey King.

During a fierce battle, Vers crash-lands into a planet coded C-53, a.k.a. Earth. The time is 1995 and the location is a Blockbuster store in Los Angeles. That's where she meets a cop named Nick Fury (Samuel L. Jackson) who responds to the incident. After chases on LA streets and between planets, they figure out who the real enemies are and fight back hard, with the help from an amusing cat. Vers also learns about her human identity, named Carol Danvers. Obviously the writer-directors Anna Boden and Ryan Fleck are fond of the '90s. Despite the risk of confusing millennials, their music selections and their humorous and nostalgic references to things like Microsoft Windows Operating System and Blockbuster add amusement and provoke plenty of chuckles. But their most impressive achievement is to put together a reasonably coherent story in a chaotic and busy superhero world. Along the way, not only do they make a very capable Captain Marvel who can simply take off to another planet without any vehicle, but they also enable her possession of a heart that is full of compassion.

The supporting characters are also quite compelling. One of the best scenes in the film is the emotional exchange between Carol and an ex-pilot Maria Rambeau (Lashana Lynch). Ben Mendelsohn and Annette Bening are also excellent in their roles.

By the end of the film, it's quite clear that the heroine is here to stay and show off her power in superhero movies. The sequels are already lining up.