If you are tired of the frustrating presidential election, you can escape the madness by mailing in your absentee ballot then immerse yourself in the 39th edition of the Mill Valley Film Festival (MVFF), presented by the California Film Institute. Serving as a spring board into the award season, the MVFF screens potential award contenders, showcases a new crop of world cinema, and samples award-winners from this year's Cannes and Berlinale festivals. Located just north of San Francisco, the 39th MVFF takes place October 6-16, 2016 at Christopher B. Smith Rafael Film Center in San Rafael, CinéArts@Sequoia in Mill Valley, Lark Theater and Century Larkspur 4 in Larkspur, and Century Cinema in Corte Madera.

(Click on each image for showtime and venue information. ) 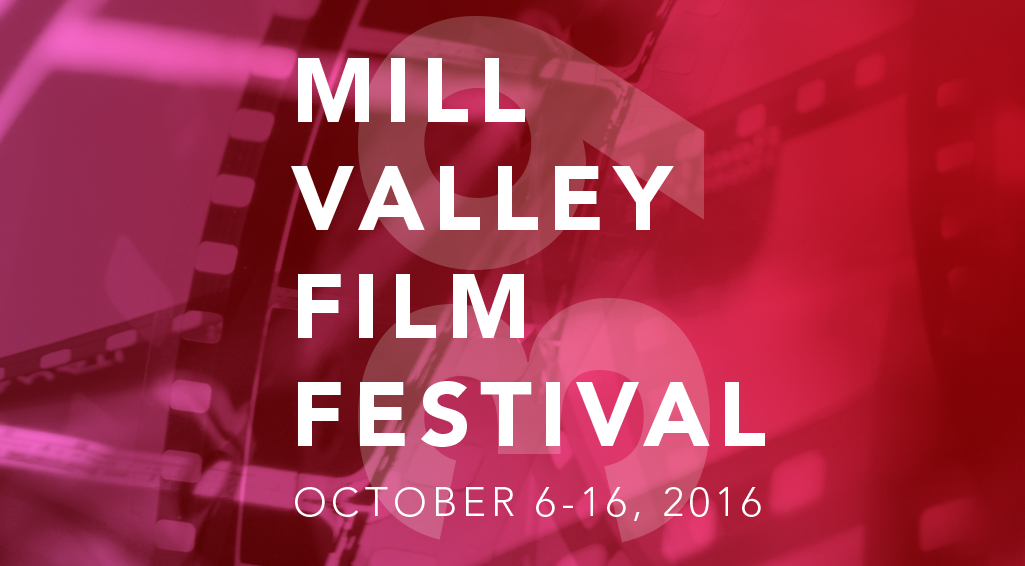 Once again, the festival opens with two highly anticipated films that are already having plenty of Oscar buzz: director Damien Chazelle's musical "La La Land" (USA 2016 | 126 min.) about the love story between a jazz pianist and an actress in Los Angeles, and director Denis Villeneuve's "Arrival" (USA 2016 | 116 min.) about communicating with aliens. 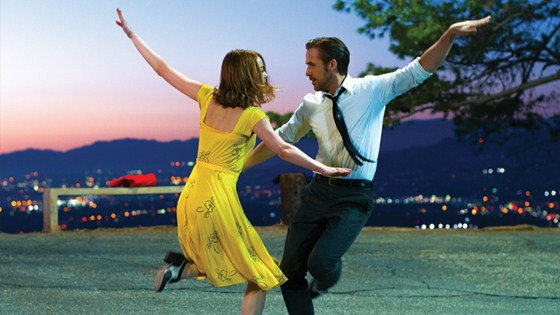 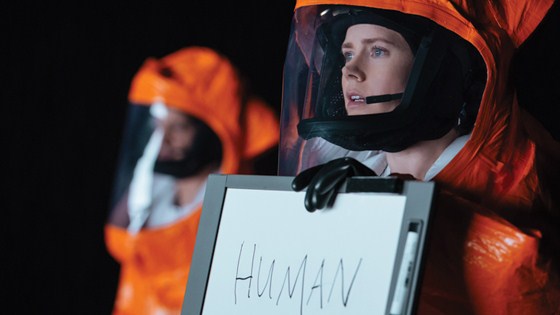 On October 16, the festival closes with director Jeff Nichols's "Loving" (USA 2016 | 123 min.) based on a true story in 1958 in which Richard and Mildred Loving challenged the laws banning interracial marriages. 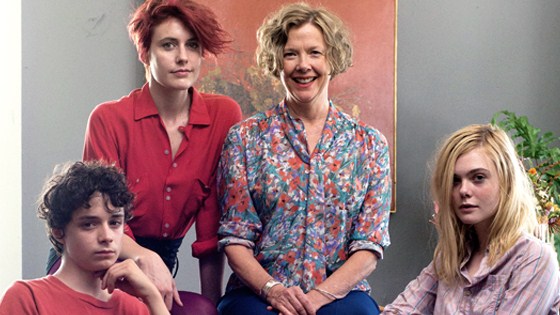 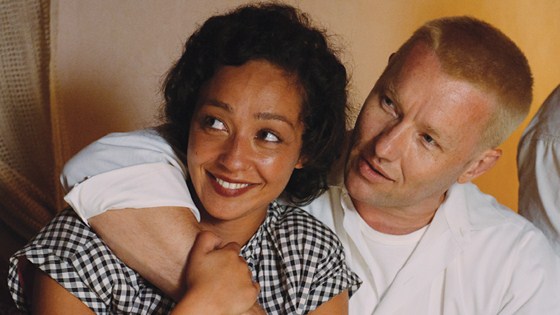 In between, the festival pays tribute to Oscar-winning actress Nicole Kidman with a screening of director Garth Davis's "Lion" (Australia/UK/USA 2016 | 129 min.) as well as to groundbreaking director Julie Dash by screening her film "Daughters of the Dust" (USA 1991 | 112 min.). 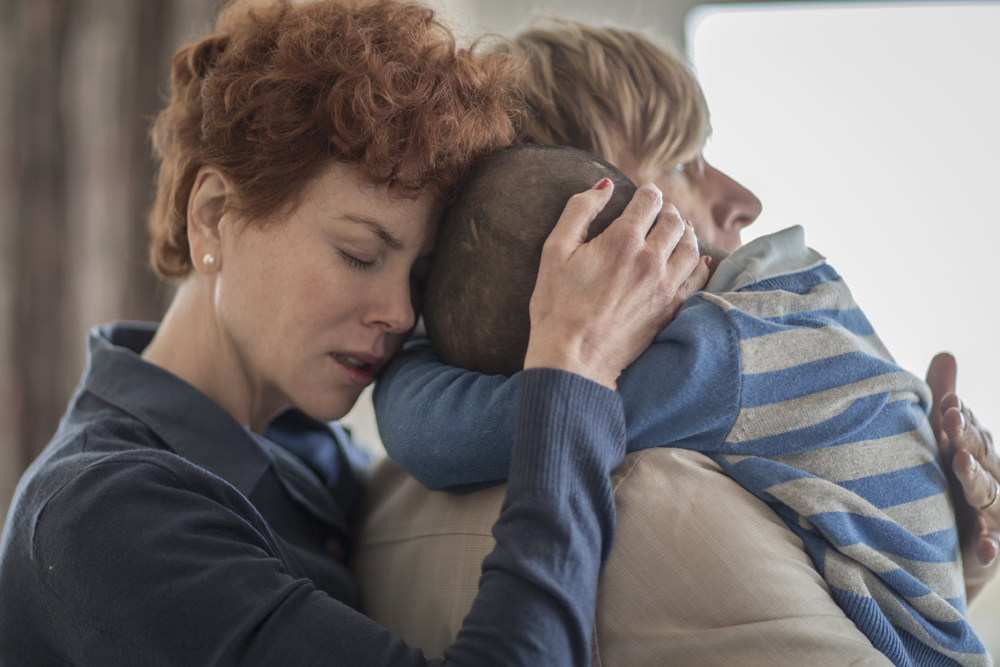 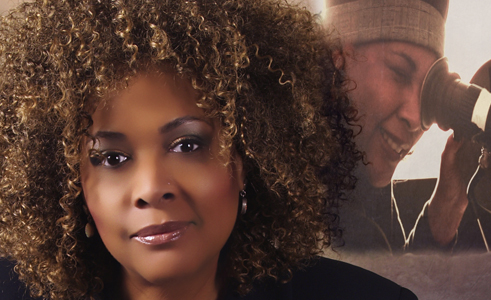 Although the MVFF is excellent on selecting European and American films, it often contains a few great titles from Asia as well. At this year's festival, one of MVFF's favorite auteur Hirokazu Koreeda (是枝 裕和) returns with his latest family drama "After the Storm" (海よりもまだ深く | Japan 2016 | in Japanese | 117 min.) which tells a story about a flawed father-husband-son figure, played by Hiroshi Abe (寛 阿部). He continues his singular style of filmmaking by quietly observing the fabric of daily family life. Even though the film is not as profound and affecting as his previous films such as the masterpiece "Still Walking" (歩いても 歩いても 2008), he doesn't disappoint us with his likable characters and skillful storytelling.

In complete contrast to Koreeda's film, South Korean director E J-yong (이재용) unfolds the most poignant tale in "The Bacchus Lady" (죽여주는 여자 | South Korea 2016 | in Korea | 110 min.). The film centers on So-young (a terrific Yoon Yeo-jeong 윤여정), an elderly prostitute—called a bacchus lady (박카스 할머니)—who solicits sex among elder clients in public places in South Korea. While the film exposes a little known aspect of Korean life, it's the complicated relationship between So-young and her clients that makes the character both mesmerizing and heartbreaking to watch. 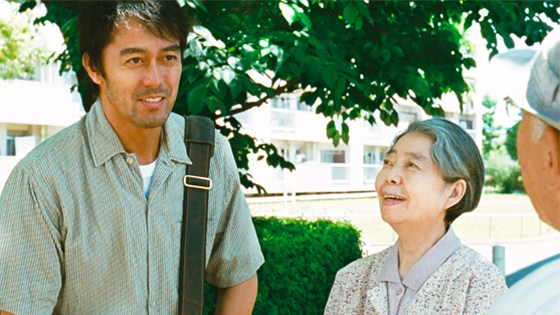 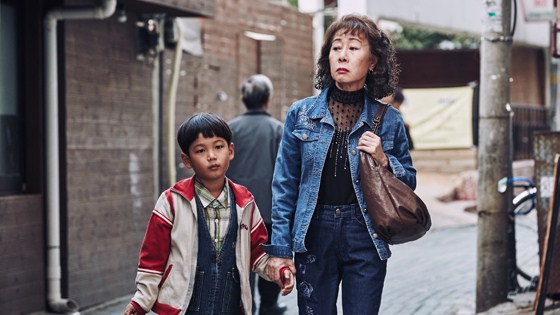 Known for "Oldboy" (올드보이 2003), South Korean director Park Chan-wook (박찬욱) brings to the festival another psychological thriller "The Handmaiden" (아가씨 | South Korea 2016 | in Korean/Japanese | 145 min.), involving a thief hired as a maid who then gets involved with the lady she serves. (My review)

The only Chinese feature film at this year's festival is Chinese director Wang Yichun's (王一淳) impressive directorial debut "What's in the Darkness" (黑处有什么 | China 2015 | in Mandarin | 98 min.). Set in the '90s, with a murder mystery in rural Henan province in China as the backdrop, the film sensibly tells a teenage girl's coming-of-age story. 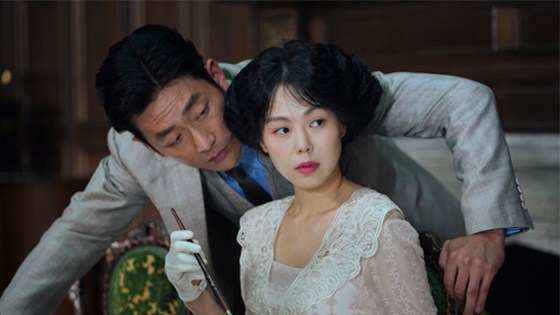 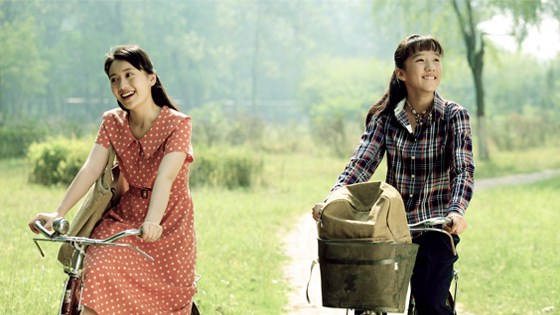 Two intriguing films at the festival are similar in the sense that both have tightly constructed mysterious plots while examining their protagonists' evolving moral compasses. Both are selected as the entry for next year's Best Foreign Language Film Oscar to represent each respective country.

One is Iranian director Asghar Farhadi's engrossing drama "The Salesman" (فروشنده | Iran/France 2016 | in Persian | 125 min.) about a couple, Emad (Shahab Hosseini) and Rana (Taraneh Alidoosti), who play "Death of a Salesman" in a local theater together. Shortly after they move into a new apartment, Rana is assaulted and Emad goes out his way to find the attacker and the pursuit strains their marriage.

The other is Oscar-winning Spanish director Pedro Almodóvar's colorful "Julieta" (Spain 2016 | in Spanish | 96 min.) about Julieta, played by Adriana Ugarte and Emma Suárez, who copes with the loss of loved ones—first her husband then her daughter. Pedro Almodóvar is no stranger for crafting fantastic female characters with striking beauty in colorful dresses. In this film, he finely mixes that signature filmmaking with plenty of drama and sentiment. 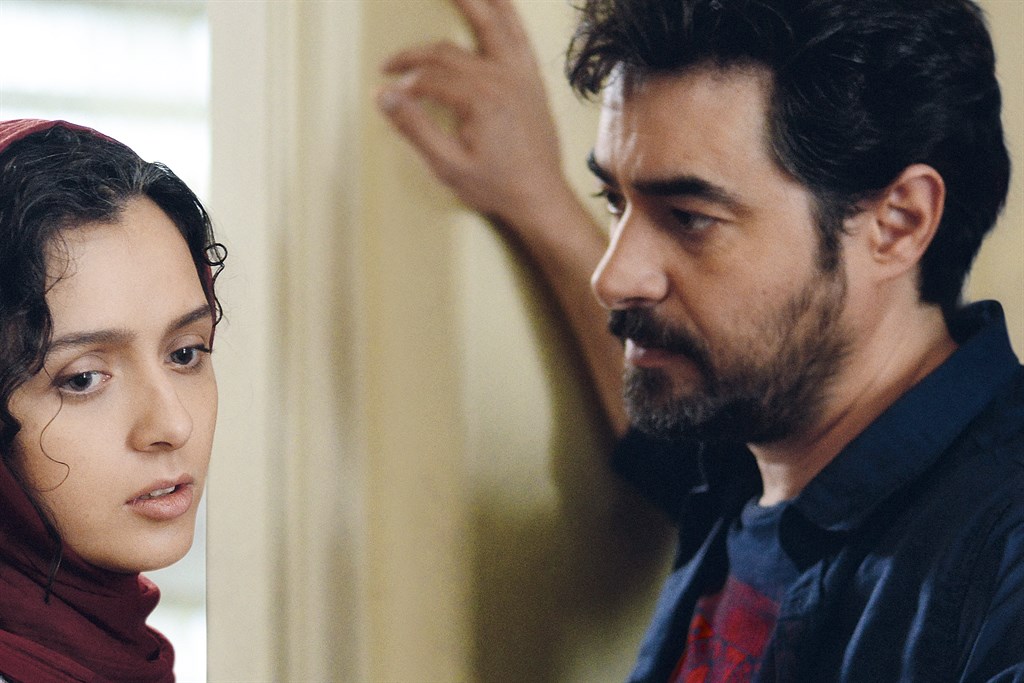 The most unforgettable and talked about scenes from this year's festival may come from German director Maren Ade's quirky comedy "Toni Erdmann" Germany/Austria 2016 | in German/Romanian | 162 min.), which is Germany's entry for next year's Best Foreign Language Film Oscar. Toni Erdmann (Peter Simonischek) is the pseudonym that Ines's (Sandra Hüller) eccentric father uses to pull off numerous pranks in order to reconnect with her. Ines lives a lonely life in Bucharest, Romania climbing the corporate ladder. Toni's unexpected visit to Ines not only turns her life upside down, but also allows her to reflect upon herself and to grow closer to her father.

France's entry for next year's Best Foreign Language Film Oscar is director Paul Verhoeven's bewildering and sexually charged psychological thriller "Elle" (France/Germany 2016 | in French | 130 min.). The protagonist is the bossy Michèle (Isabelle Huppert) who has a troubled family history. After she was brutally raped at her home, instead of reporting to the police, she begins her own dangerous quest searching for the attacker. The film reminds me about the annual Folsom Street Fair in San Francisco, because they both share certain non-mainstream spirit, sexually in particular. 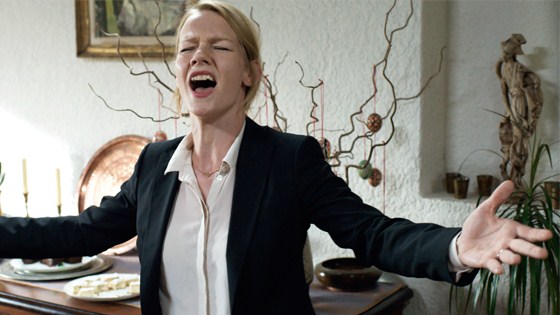 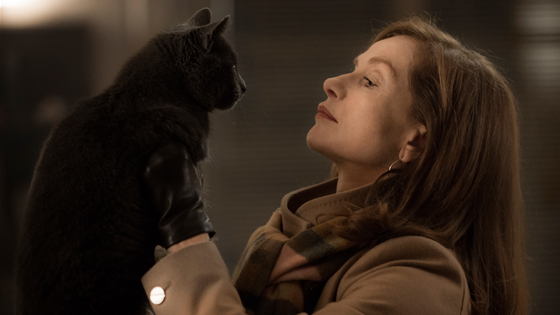 After watching director Sue Williams's alarming documentary "Death by Design" (USA 2016 | 73 min. | Documentary) which paints an eerie picture of the social and environmental damage caused by the digital revolution during the past decades, you might want to pause and give it some thought before you upgrade to your next smart phone or computer. The film takes a closer look at the often ignored devastating impact, especially to the developing countries, by the technology advancement and the boom of digital devices.

Another documentary that investigates the social, economic, and political changes due to the so-called Tech Boom 2.0 is "Company Town" (USA 2016 | 78 min. | Documentary), co-directed by Deborah Kaufman and Alan Snitow. Narrated by San Francisco Examiner's columnist Joe Fitzgerald Rodriguez, the film follows the heated race last year for District 3 supervisor between the mayor appointed moderate Julie Christensen and the progressive former supervisor president Aaron Peskin. It gives us an in-depth look at the struggle of local residents who are pushed out of the City by deep-pocket corporations that operate lawlessly and irresponsibly. It captures the spirit of the politicians such as Aaron Peskin (to whom I proudly casted my vote in that election) and residents who fight for the City's future to prevent the greedy corporation from recklessly destroying the culture of this great city. 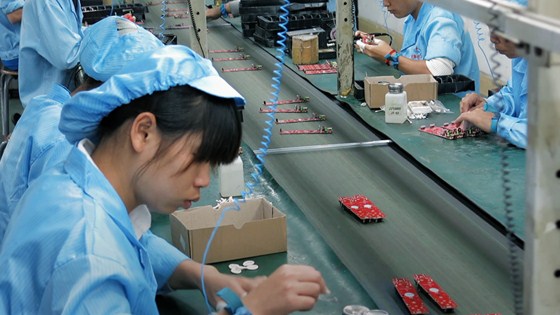 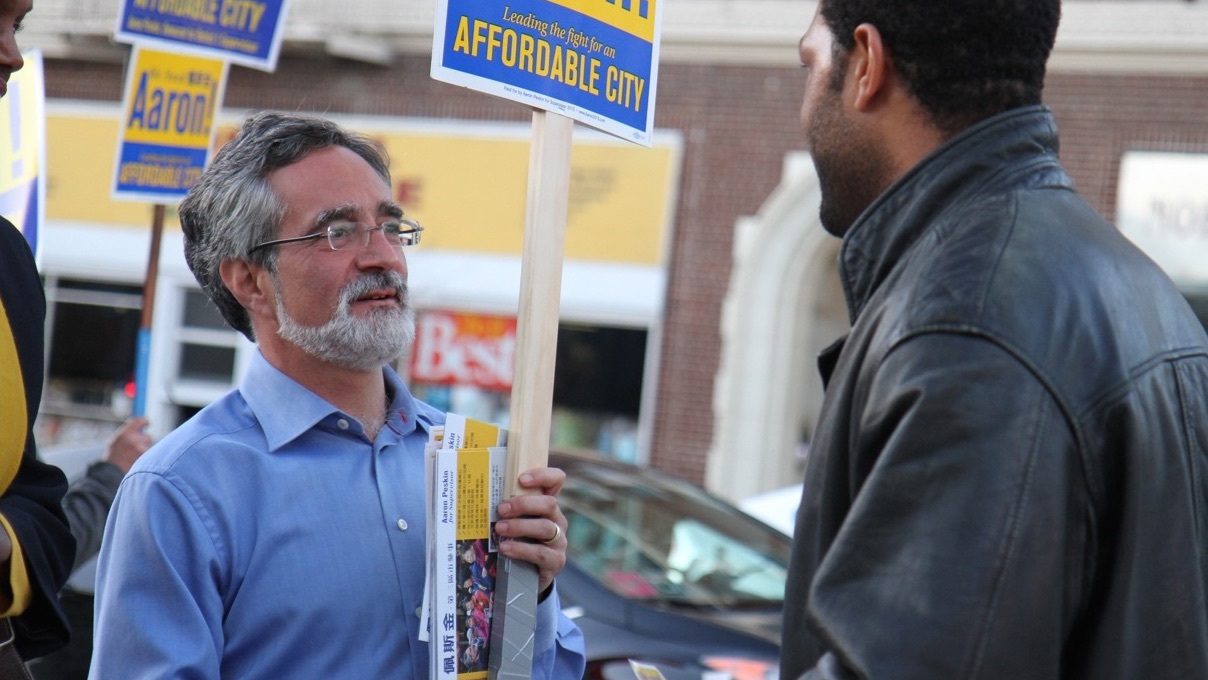 The writer-director Kenneth Lonergan's profoundly touching "Manchester by the Sea" (USA 2016 | 135 min.) easily takes the trophy as the best film of the year. He crafts a masterpiece by telling a mesmerizing story about love, grief, guilt, redemption, hope, and living. You will find you continue to tear up long after the film is finished and you will continue to care about the characters in the film, including the ones powerfully performed by Casey Affleck and Michelle Williams, both of whom should be shoo-ins to be nominees for the Academy Award.

Another powerful film is writer-director Barry Jenkins's intimate and poetic "Moonlight" (USA 2016 | 110 min.). Divided in three chapters, it tells the story of Chiron, from a mute black boy living in a housing project and bullied at school, then to a reticent teenager in the process of discovering himself, and to an almost unrecognizable black man choosing his own destiny. It's a thought-provoking and intelligent film as well as a terrific character study. 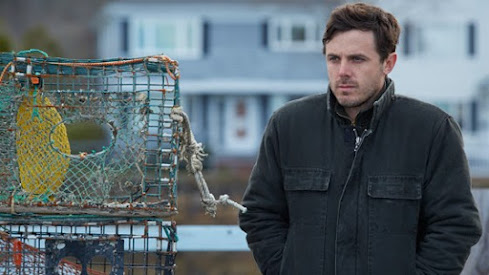 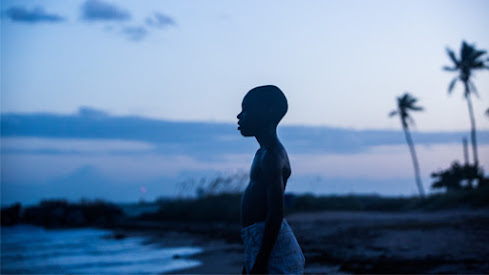