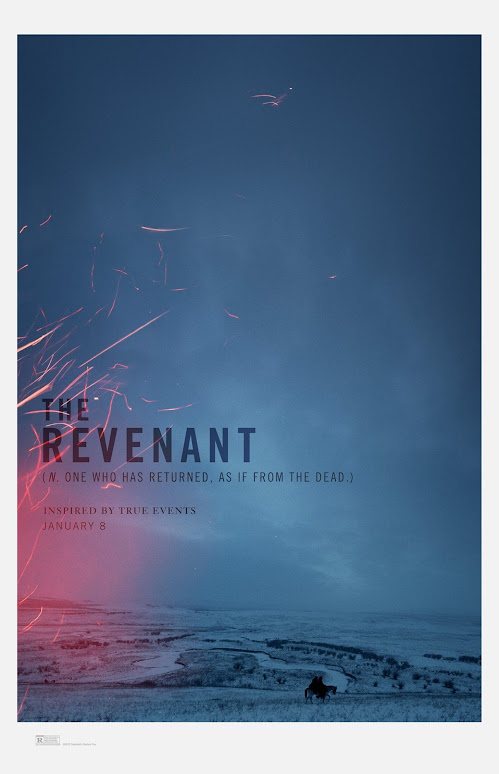 Even a cat indeed has nine lives, the legendary 19th century frontiersman Hugh Glass probably can beat that. He arguable survived a horrendous bear attack and crawled for hundreds of miles in the snow to reach to a camp. Based on Michael Punke's novel about Hugh Glass's remarkable story, the Oscar-winning writer-director Alejandro González Iñárritu unflinchingly depicts the hell Hugh Glass went through in "The Revenant" (USA 2015 | 151 min.). As if the physical suffering is not enough, the film adds additional emotional torment on its protagonist by killing his son in front of his eyes. Despite how unconvincing Hugh's survival may look like, the film is a grand showcase of bold filmmaking and excellent performance.

In a dream-like opening scene set in the 1820s, we learn that frontiersman Hugh Glass (Leonardo DiCaprio) is married to a Pawnee woman (Grace Dove) and has two sons. In no time, a fierce attack from the Native Americans breaks the dream and bring us to the hush reality. Hugh has lost his wife and young son. Now he tries his best to protect his remaining teenager son Hawk (Forrest Goodluck) while traveling with a group of fur trappers led by Captain Andrew Henry (Domhnall Gleeson).

En-route from escaping the Native Americans, Hugh is badly mauled by a mama bear. With severe wounds all over his body, especially on his neck and back, he is put on a stretcher but not expected to live in the freezing cold. In order to give Hugh a proper burial after he dies, Andrew has no choice but to leave Hugh behind with Hugh's son Hawk, a young innocent Jim Bridger (Will Poulter), and an insidious mumbling John Fitzgerald (Tom Hardy).

But John is too impatient to wait for Hugh to die. After he kills Hawk in front of immobile Hugh, he convinces Jim that they have to move on without Hugh. Abandoned in the cold with terrible wounds, Hugh not only miraculously crawls out of his death stretcher, but also astonishingly survives the snow storms, the starvation, the infection, the wild animals, the enemy pursuit, and everything in the wilderness. He has one goal in mind: find John and revenge. 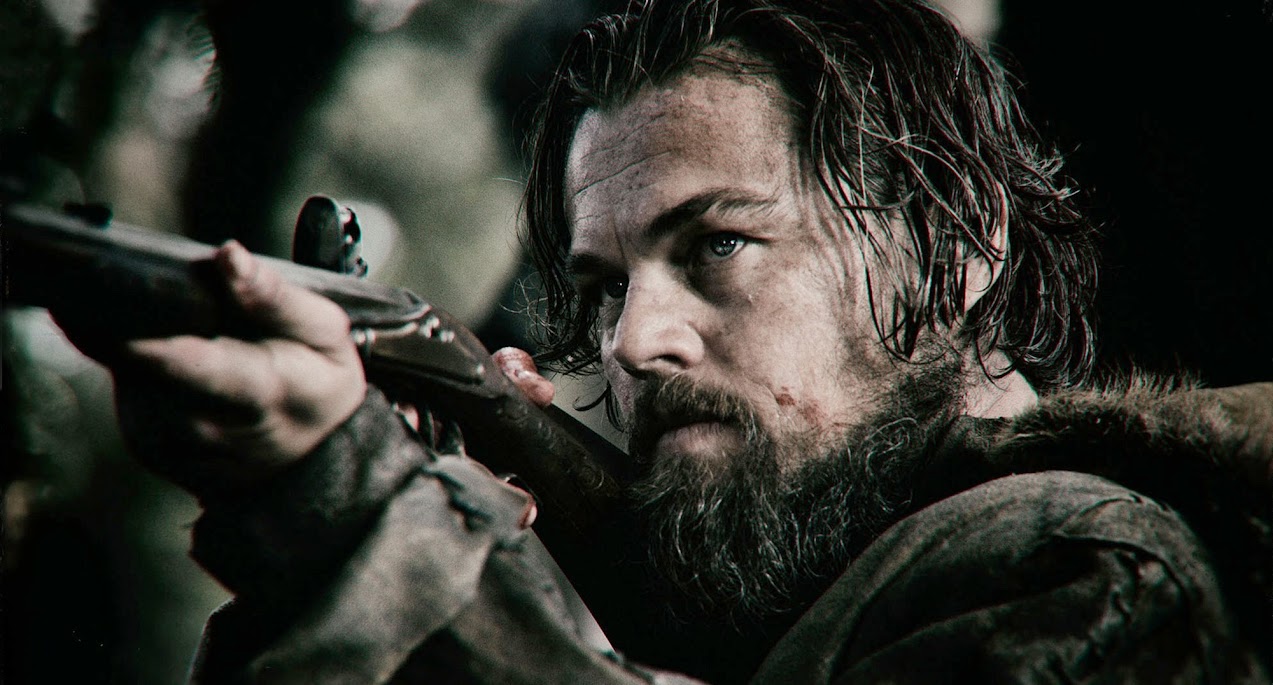 It's completely incomprehensible for any scientific mind to understand how Hugh could have survived those brutal ordeals that are vividly displayed by the ingenious director Alejandro González Iñárritu. People usually will die quickly in the San Francisco Bay where the temperature is typically in the 50s. Yet, after Hugh is washed off a breathtaking waterfall in ice-cold water with hideous open wounds, he simply gets out the freezing water and lands on the snow covered ground, then keeps moving. The director Alejandro González Iñárritu probably is aware of this predicament so he fills Hugh with vengeance as his motivation to survive. Unfortunately, that seems to be as unconvincing as Hugh's survival against the law of nature. Although the film is billed as a revenge story, most of the film's run time is to show Hugh's incredible luck in coming back to life after each kiss with death.

The film turns the splendid landscape into a bloody killing ground. The gruesome violence is often in full display with unbroken long takes, even when the actors' breaths and blood fogs up the camera's lens. Those scenes may be hard to watch sometimes, but they are also unforgettable. Strikingly similar to Zbigniew Preisner's usage of music in Krzysztof Kieślowski's "Three Colors: Blue" (Trois couleurs: Bleu 1993), the film's score is both dramatic and haunting. But without the outstanding performance by Leonardo DiCaprio who looks like he is needing a shower badly regardless how many times he falls into an icy river, none of these top-notch technical efforts would have mattered. He is a shoo-in for another Oscar nod, and maybe he will finally get the golden statue.

Telling an incredible story, this is a film to be admired on so many fronts. However, even though Hugh Glass may have truly survived against all odds and nature, the film shows no interest in convincingly telling us how he did it. Perhaps that is why he is regarded as a legend.