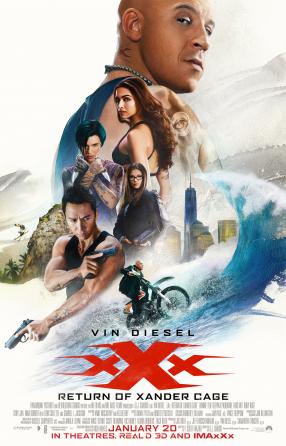 Just a few minutes into the film, a dazzling operation that robs a "Pandora's Box" from the hands of a CIA officer Jane Marke (Toni Collette) takes place at the CIA headquarter. The box is a device that can turn a satellite into a deadly weapon by smashing it into a specific target on earth. The operation is led by a martial arts master Xiang (Donnie Yen) in coordination with his comrades including a skillful Talon (Tony Jaa), a lesbian sniper Adele Wolff (Ruby Rose), and a few other eccentric characters.

To get the box back, Jane shows up in the Dominican Republic to summon Xander Cage (Vin Diesel) for help. Xander has been living off the grid for years after being pronounced dead. But soon after he locates Xiang's gang in a remote village, they join forces together to chase after the real terrorist who is operating another Pandora's Box in Detroit. At this point, Xander's team becomes more colorful including an Indian woman Serena Unger (Deepika Padukone) who always holds a gun in her hands, a DJ Nicks (Kris Wu) who is "fun to be around," and a crazy driver Tennyson Torch (Rory McCann) who loves to crash cars.

Will they save the world? Nobody cares. All you will remember from the movie are the fantastic stunts that impress you while they pretend to have a noble mission to complete. 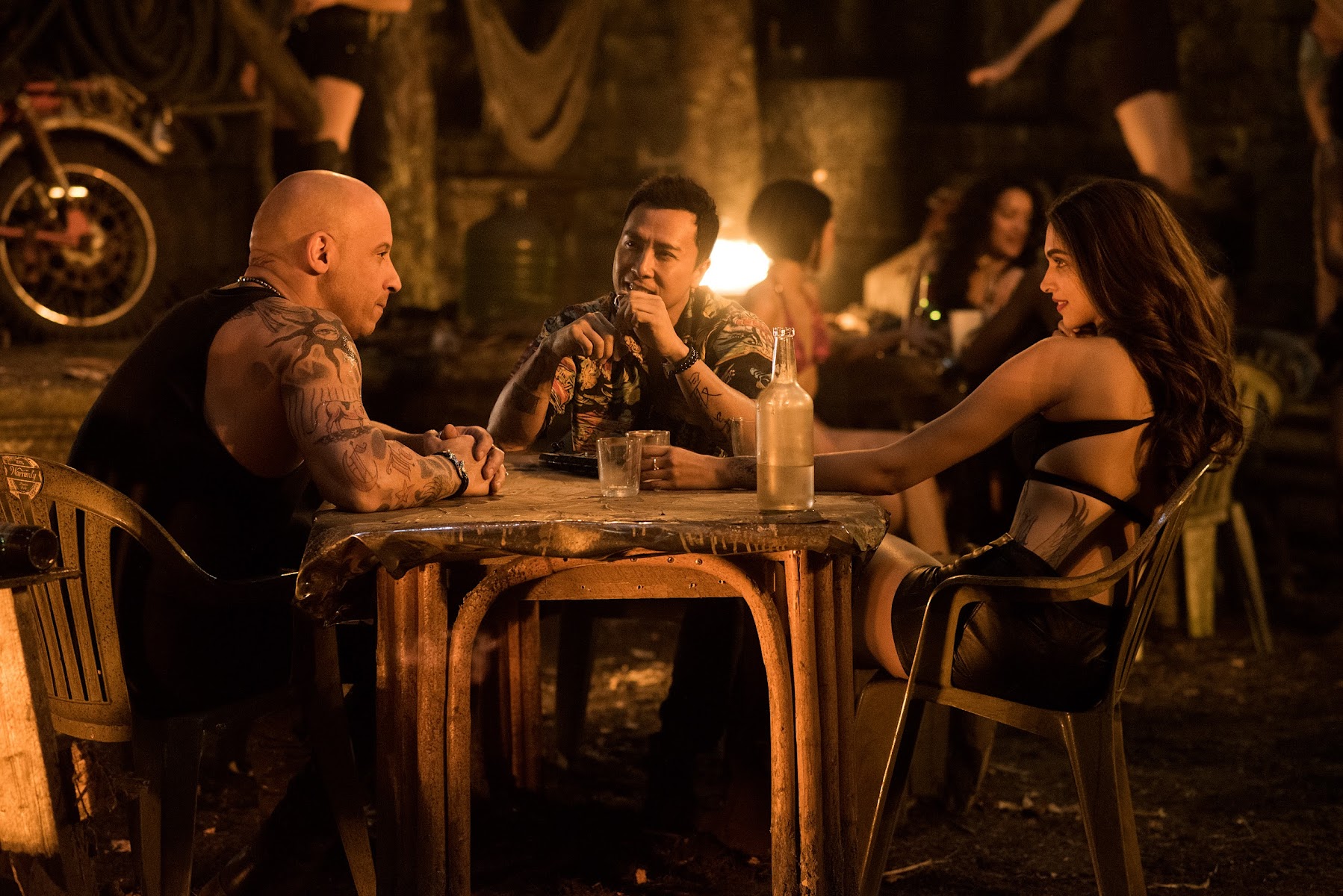 Although it's quite early in the year for an action blockbuster to return to multi-complex theaters, this film doesn't disappoint compared to offerings in this genre during the brain-dead summer seasons. Vin Diesel firmly holds his lead on playing characters that are simultaneously likable action heroes as well as down-to-earth brotherly figures. In this film, he talks in his signature low and calm yet commanding voice and carries out a few impressive extreme sport tricks. However, the lines in this script lack the wit of those in "Deadpool" (USA 2016), a box-office hit last year around this time.

Nobody comes to see this film with the expectation to have a thought provoking stimulation or a dose of artistic ingenuity. There are plenty of those types of films in this award season. This film serves well for those who want to experience some excitement and daredevil actions. It accomplishes that goal just fine.

Besides the much-anticipated actions, the film also impresses us with the relative large number of Asian actors cast for major roles. It's understandable that this film is aiming for a big return in the Asian market, especially in China, but it doesn't seem to have a pandering situation in its casting. Both Donnie Yen and Kris Wu are superb and mesmerizing, but Tony Jaa is unfortunately underused.

So turn off your TV on Friday, and put on your 3D glasses to be entertained by this action flick, unless you want to take you own action by marching on streets. Who knows, after Friday, Xander Cage might be the last hope to save humanity.