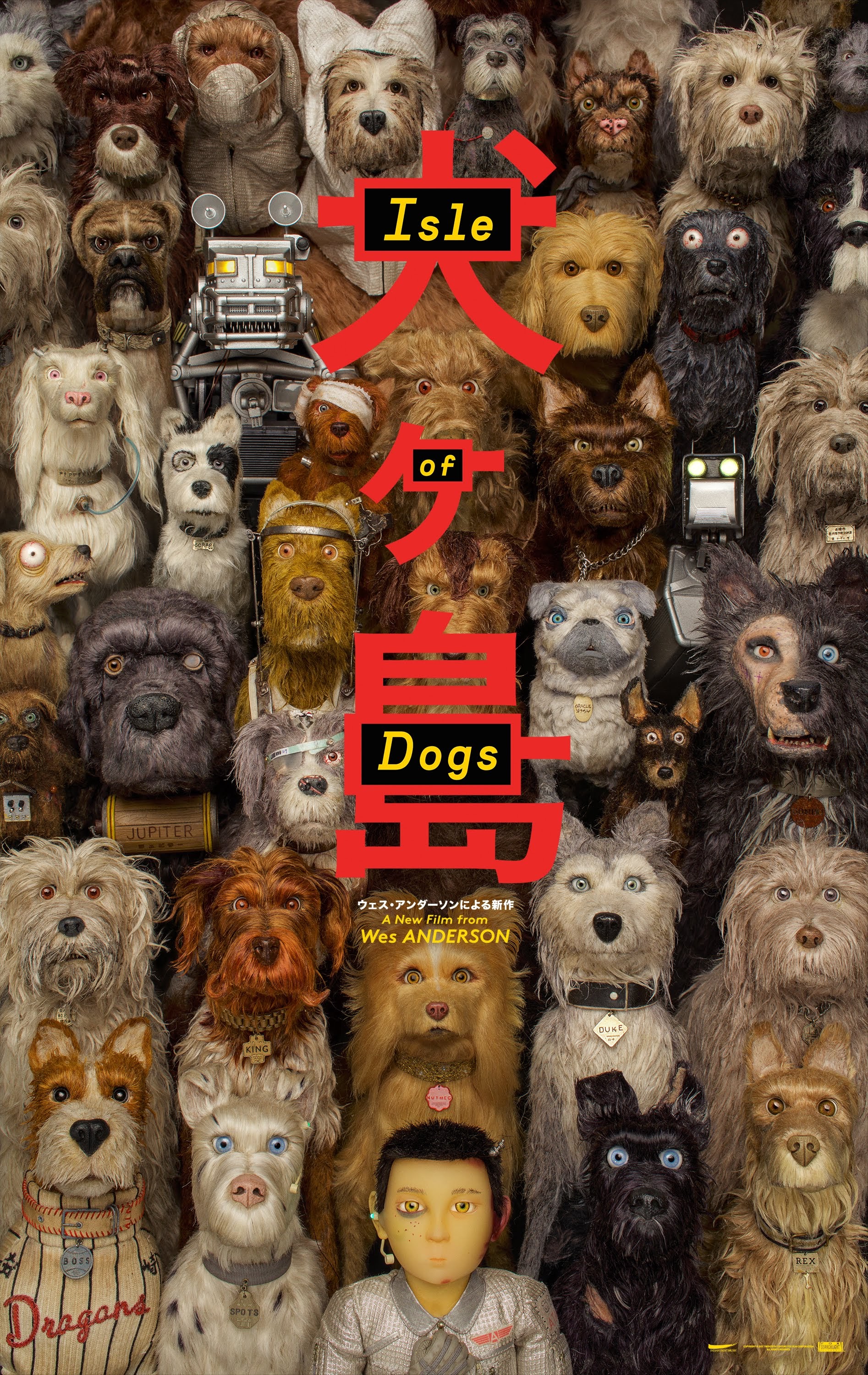 Over a year ago, when the National Park Service proposed a new rule to restrict dog access to some parts of the beaches in San Francisco, it ignited an uproar of oppositions from dog owners which ended up killing the proposal. But that's nothing compared to the scenario in the acclaimed writer-director Wes Anderson's ninth feature "Isle of Dogs" (Germany/USA 2018 | 101 min.), a stop-motion animation film set in Japan where dogs are banned and exiled to a trash island to be exterminated. Luckily, this imaginative and entertaining puppet show renders a similar result that delights dog lovers.

Set in 20 years in the future in (fictional) Megasaki City of Japan, the spread of dog flu triggers the action by Mayor Kobayashi (Kunichi Nomura) to ban all dogs, domestic or stray. Announced at a campaign rally by a live-interpreter (Frances McDormand), the mayor exiles all dogs to Trash Island, including his own pet Spots (Liev Schreiber), adored by his 12-year-old nephew Atari (Koyu Rankin).

The action is fiercely opposed by a team of scientists led by Professor Watanabe (Akira Ito) and an American exchange student and activist Tracy Walker (Greta Gerwig) who have developed a drug to cure the disease. But they don't seem to be winning.

Their daily survival routine is disrupted when Atari crash lands on Trash Island to look for Spots. They team up with the brave young boy on a mission to find Spots and return to Megasaki City.

Fans of eccentric Wes Anderson will most certainly be delighted by this terrific looking film. The impeccable details of each frame deserve to be printed into a comic book to be fully appreciated. The filmmakers' imagination is both impressive and charming. Those lovely dogs vividly come to life and make you shake off any remaining doubt that they are men's (and women's) best friends.

By making the film a children's fairy tale, Wes Anderson clearly is not interested in making everything in the film convincing or logical. Unlike films such as "Inside Out" (2015), this film is a light weight in terms of carrying any message. But it serves as an excellent and entertaining bedtime story.

Why does the movie have to go through the trouble of being set in Japan and creating an extra language barrier even though it allows dogs to speak in English? That's because Wes Anderson wants to pay tribute to Japanese filmmakers such as Yasujirō Ozu (小津 安二郎), Akira Kurosawa (黒沢 明), and Seijun Suzuki (鈴木 清順). Therefore, it's fair to say that this film is a personal homage to Japanese cinema for him. Otherwise he might have set the location in the dog friendly San Francisco where tail-wagers might speak a different language to rise against the National Park Service.