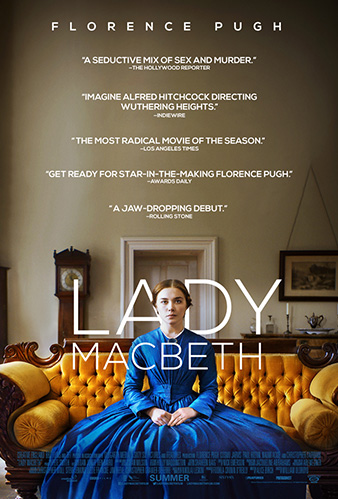 How far would you go to pursue your freedom and love and to gain control of your own destiny? Perhaps not far enough compared to the courageous heroine in William Oldroyd's impressive feature directional debut "Lady Macbeth" (UK 2017 | 89 min.). The film is based on an 1865 Russian novel, but it moves the setting to the UK during the Victoria era and unfolds its captivating story as if it's a twisted Korean drama series. On top of that, 19-year-old Florence Pugh's marvelous performance should pave her way to become the most sought-after talent for years to come.

In the film's opening scene, a vulnerable teenager Katherine (Florence Pugh) gets married to a middle-aged Alexander (Paul Hilton). This isn't a typical union that involves love and attraction. It's far from it. Katherine is bought by Alexander's cruel father Boris (Christopher Fairbank) with a small piece of land. She is told to stay indoors in those dark rooms inside a lifeless huge estate. She gets no affection from Alexander, or anyone else around. Even Katherine's black maid Anna (Naomi Ackie) acts resentfully to her and shows no gentleness when serving her. She feels suffocated and all alone.

When Alexander and Boris all leave the house to attend to business, she finds her break. She steps out the house and tastes the freedom and fresh air for the first time. When she meets an energetic and handsome farmhand Sebastian (Cosmo Jarvis), her emotional and physical desire is also unleashed for the first time. She grows stronger both internally and externally. She gains confidence and control, she finds her love and passion. She lights up the hope to happily live with Sebastian in the future.

That hope quickly runs into obstacles when Boris returns to the estate and finds out about the affair. However, Katherine is no longer the intimidated girl when she first arrived at the mansion. She takes control against anything that stands in her path of pursuing happiness and refuses to settle for the fate that she has been designated. 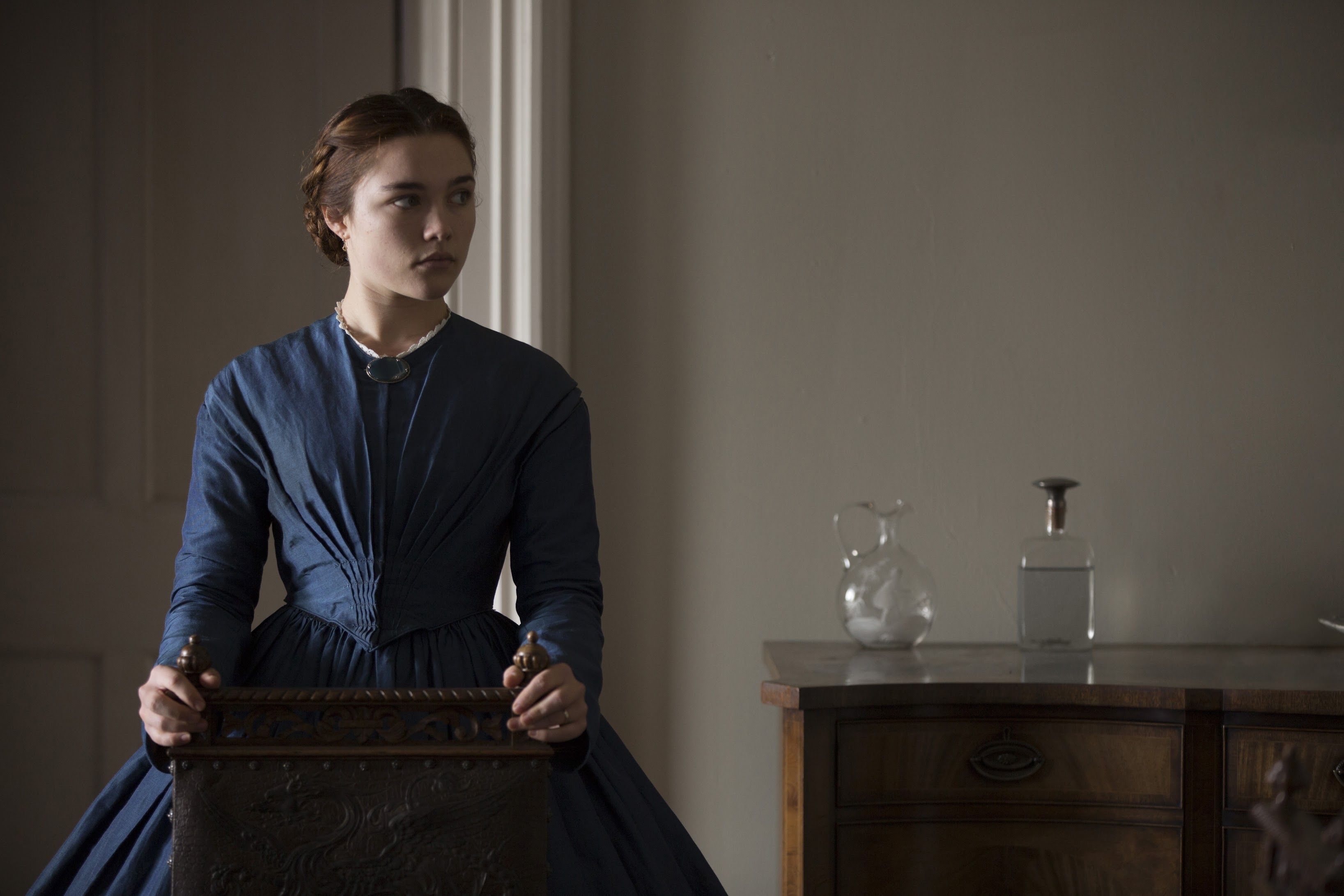 The film's plot bears the gravity of a grand opera and its shocking development resembles Korean drama. Yet, the first time director William Oldroyd confidently controls his storytelling and effortlessly crafts it into an accessible episode of PBS's Masterpiece Theater. The cinematography and the art design is absolutely arresting and even the lighting becomes a noticeably essential element echoing Katherine's mood.

But the most mesmerizing aspect of the film is Florence Pugh's excellent performance to convey Katherine's complex emotions. Often without a word, her facial expression speaks volume about her commiserable character and the process in her mind. Katherine might appear to be weak and helpless at first, but her evolvement is both shocking and liberating.