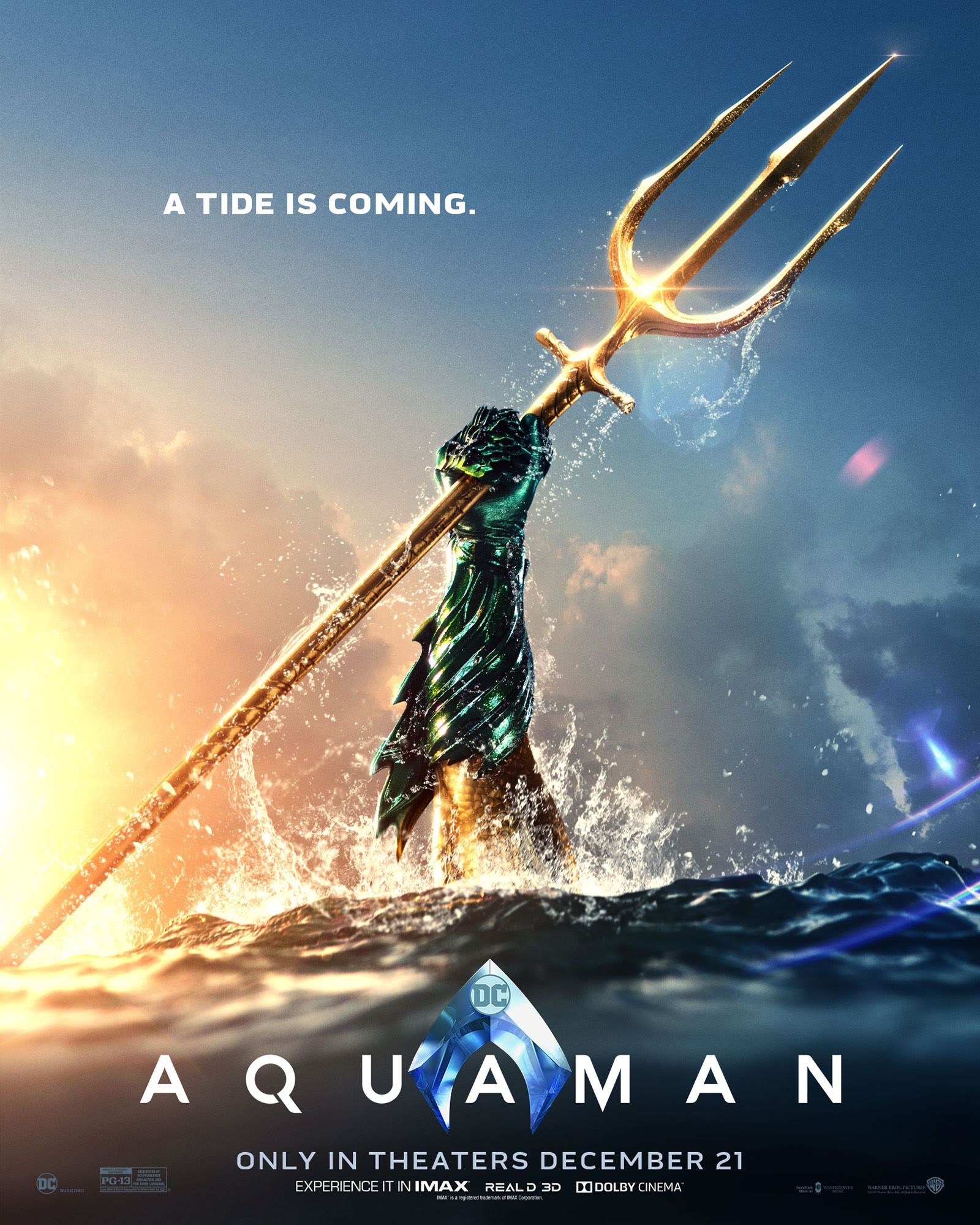 Superhero and comic-book movies are normally released for mass consumption during the summer season, staying away from relatively intelligent and award-buzzing films during the holiday season. Yet, "Aquaman" (Australia/USA 2018 | 143 min.) pours in like a tsunami. It first splashed China with great force, now the flood warning has been sounded off in theaters across the United States.

Because the film's director—the Malaysian-born, Australian-raised, and ethnic Chinese James Wan (温子仁)—was responsible for the thrilling "Furious 7" (2015), the expectation for exciting action sequences and eye-popping computer-generated visuals for this movie is high. He doesn't disappoint his fans and handsomely delivers those aspects. Everything else in the movie? Not so much.

The story line is a ludicrous and incoherent fairy tale. It claims that there are many undersea kingdoms, and Atlantis is one of them. In 1985 (don't ask why), its Queen Atlanna (Nicole Kidman) is washed ashore outside of Boston, and a lighthouse keeper Tom Curry (Temuera Morrison) rescues her, falls in love with her, and they have a baby named Arthur. Soon after, Atlantean soldiers come to the house to arrest her. In order to save the human-Atlantean Tom and Arthur, the Queen leaves them and returns to the sea.

Tom raises Arthur alone while waiting for Queen Atlanna to return. Trained by Atlantean Counsel Vulko (Willem Dafoe), who wears a hairdo that is common for an adviser to an emperor in ancient China, Arthur grows up and becomes Aquaman (Jason Momoa). He possesses extraordinary abilities both on land and under the sea—he swims as fast as a torpedo; he speaks fish's language besides English; he is able to lift a submarine with little effort; and he is bullet proof.

When his half-brother King Orm (Patrick Wilson) declares war on humans, Arthur is forced into fighting, and becomes the savior of mankind. 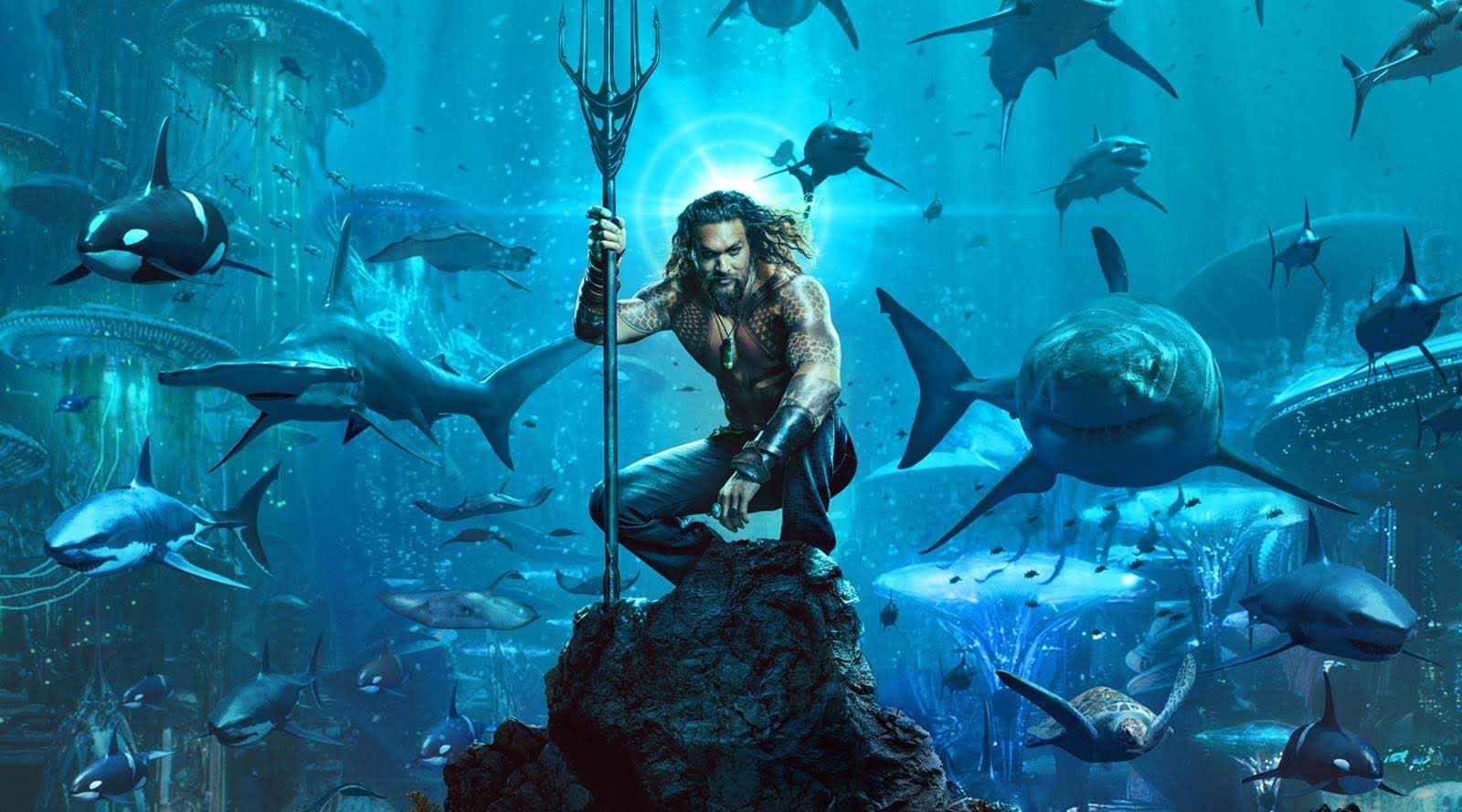 When Arthur first appears on the screen to fight, he looks like a wrestler from World Wrestling Entertainment (WWE) wearing pants instead of a Speedo. Maybe he is modeled after a WWE wrestler, because his demeanor never strays far from that image both physically and mentally. However, that doesn't matter, because people do not come to this movie to look for an arresting character. They come to see the spectacle that the director James Wan put together on an IMAX screen.

The dazzling visual is exhilarating, the fighting in Sicily is breathtaking, and the world under the sea is magical. But please don't ask very basic questions about what you may have learned in high school physics classes and don't question why Arthur needs to take a boat when he can just live under water.

Just enjoy the view, stop thinking, and be entertained. That's all James Wan is aiming for and why people flock to this movie to get wet during this holiday season.