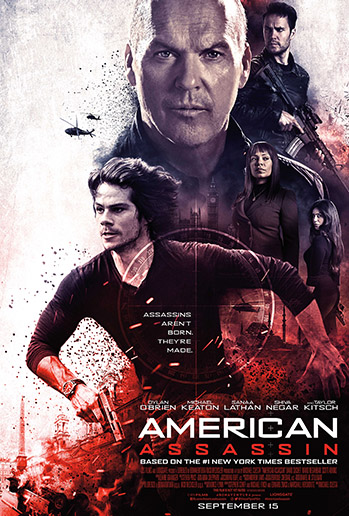 When terrorist attacks and nuclear threats become almost daily headlines, it is no surprise to see Hollywood trying to blend them into a thriller featuring a Jason Bourne-type CIA spy trolling the globe and taking off the bad guys. That motif is quite obvious in the director Michael Cuesta's inconceivable and formulaic "American Assassin" (USA 2017 | 111 min.), based on Vince Flynn's novel. As expected, there are numerous explosions and endless gunfire in the film. Other than that, there is hardly anything new in this movie compared to the many spy movies you have seen before. The terrorist attack and nuclear threat are used merely as artificial garnishing added to a microwave-heated leftover dish—no matter how it looks, it still doesn't taste good.

At a beach resort in Spain, twenty-something Mitch Rapp (Dylan O'Brien) is happily recording himself proposing to his girlfriend. That's the only time you will see Mitch smiling in this movie. Seconds after she said yes, several terrorists open fire indiscriminately at anyone in sight. Mitch survives the attack with injuries, but his fiancé is killed.

That traumatic event transforms Mitch into a revenge seeking beast. Within eighteen months, he not only trains himself into a navy seal's physique, but also teaches himself Arabic and infiltrates inside a terrorist cell in Libya. He wants to be a one-man warrior and take out the terrorists in the world one at a time.

That noble mission short-lives when the CIA steps in and recruits him. Mitch's activities have been under CIA's surveillance the entire time and on every monitor in a control room that looks like it was directly borrowed from another movie set. In the center of the room is a stone faced CIA officer Irene Kennedy (Sanaa Lathan) who is also forbidden to smile in the entire movie. She believes Mitch is a perfect candidate for being a CIA operative and sends him to a cold-war era spy Stan Hurley (Michael Keaton) for training.

Before long, they are deployed to Istanbul and Rome to team up with another local CIA operative Annika (Shiva Negar). Their daunting task is to track down a nuclear bomb built in the basement of a housing project in Rome. (No kidding!) 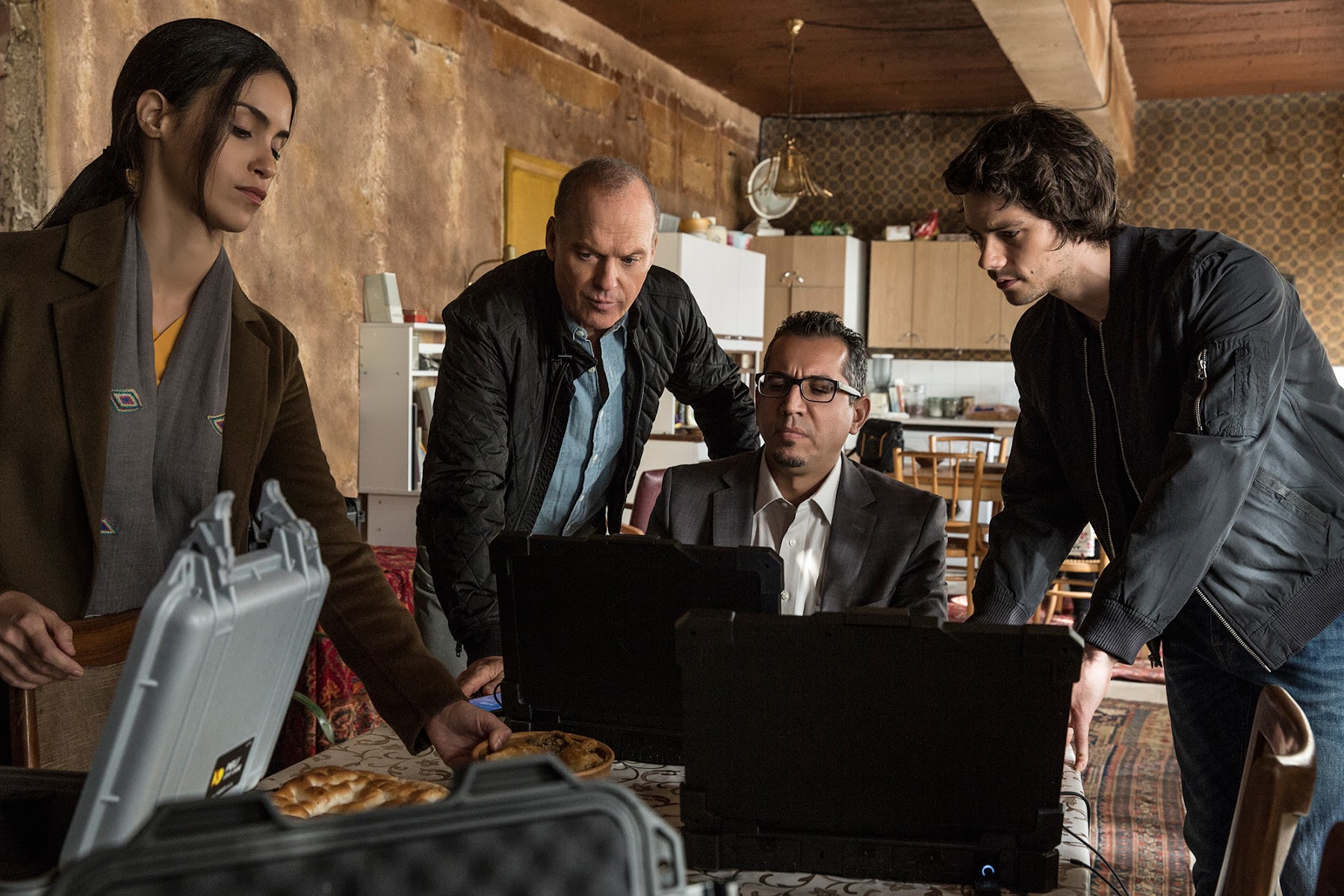 The director Michael Cuesta may have a tougher job to do than these CIA operatives. He has to navigate these mindless characters and try to fit them into a preposterous plot. We don't know what motivates Mitch to be a forceful fighter for the CIA, besides the photo of him and his fiancé which he keeps in the wallet at all times. Each one on the team seems to be fighting for their own ego instead of their country.

They often look like ruthless gangsters instead of professional spies. Mitch has to throw himself into a windshield in order to stop and hijack a car. Brilliant! He holds up his iPhone to take pictures of people coming out a bank in order to search for the suspect. Seriously? When you lose sight of your targets, just look around. If you see any thug looking guy passing by, just follow them and bingo! Apparently a CIA spy's job isn't that hard!

This film has nothing new to offer except to start a new spy thriller series. If a nuclear weapon were what's shown in the film, then you would probably think it is not a big deal for North Korea to set off one—because you'll need just a helicopter to escape. If there is a sequel for Mitch's next mission, you can safely ignore it because he has already disqualified himself in this film as a CIA officer.