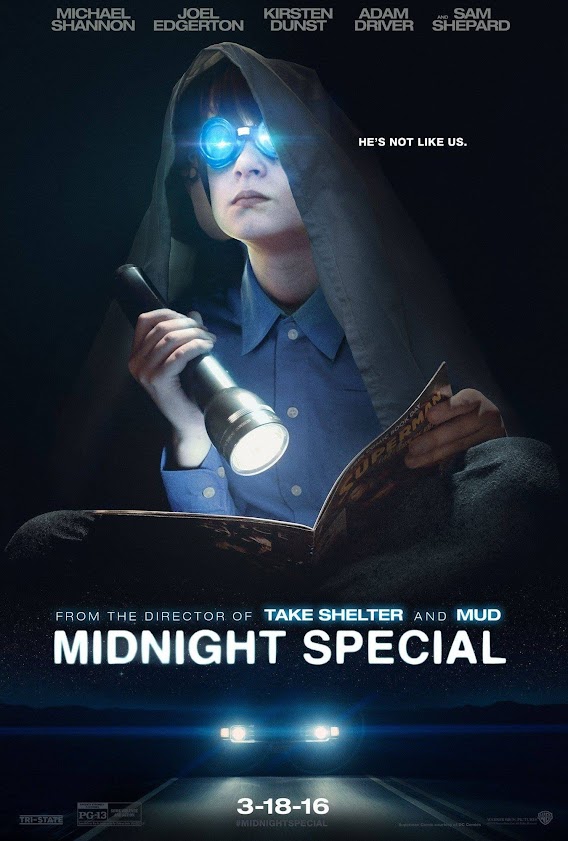 The thought of what might be out there never fails to either fascinate or frighten us, or perhaps both. It's the inspiration for numerous sci-fi movies that are filled with all kinds of imaginary creatures and spaceships. But the writer-director Jeff Nichols takes a different approach by focusing on human elements while stimulating our imagination in his compelling forth feature "Midnight Special" (USA 2016 | 111 min.). The film brilliantly takes us on a wild ride with its mysterious and mesmerizing characters.

The film opens with an AMBER Alert shown on TV that 8-year-old Alton (Jaeden Lieberher) is kidnapped from a cult ranch in Texas. We immediately learn that this isn't an ordinary kidnapping when Alton's father Roy (Michael Shannon) calmly asks Alton: "It's time, are you ready?" Alton cheerfully gets in the car with Roy and Roy's childhood buddy Lucas (Joel Edgerton), who is helping out with the mission, and Alton's mother Sarah (Kirsten Dunst) also joined them later.

But where they are going and what the mission is about is anyone's guess. The most we can speculate is that Alton, who is sensitive to light, might not be one of us. Certainly the FBI and Agent Sevier (Adam Driver) from the Homeland Security are also eager to find out. During the investigation, the FBI rounds up all members of the cult who have been regarding Alton as their messenger from God and desperately want to get him back from Roy.

The cat and mouse chase begins and the conflict escalates as the story proceeds, and the film keeps us guessing about the truth and why they are on the run. 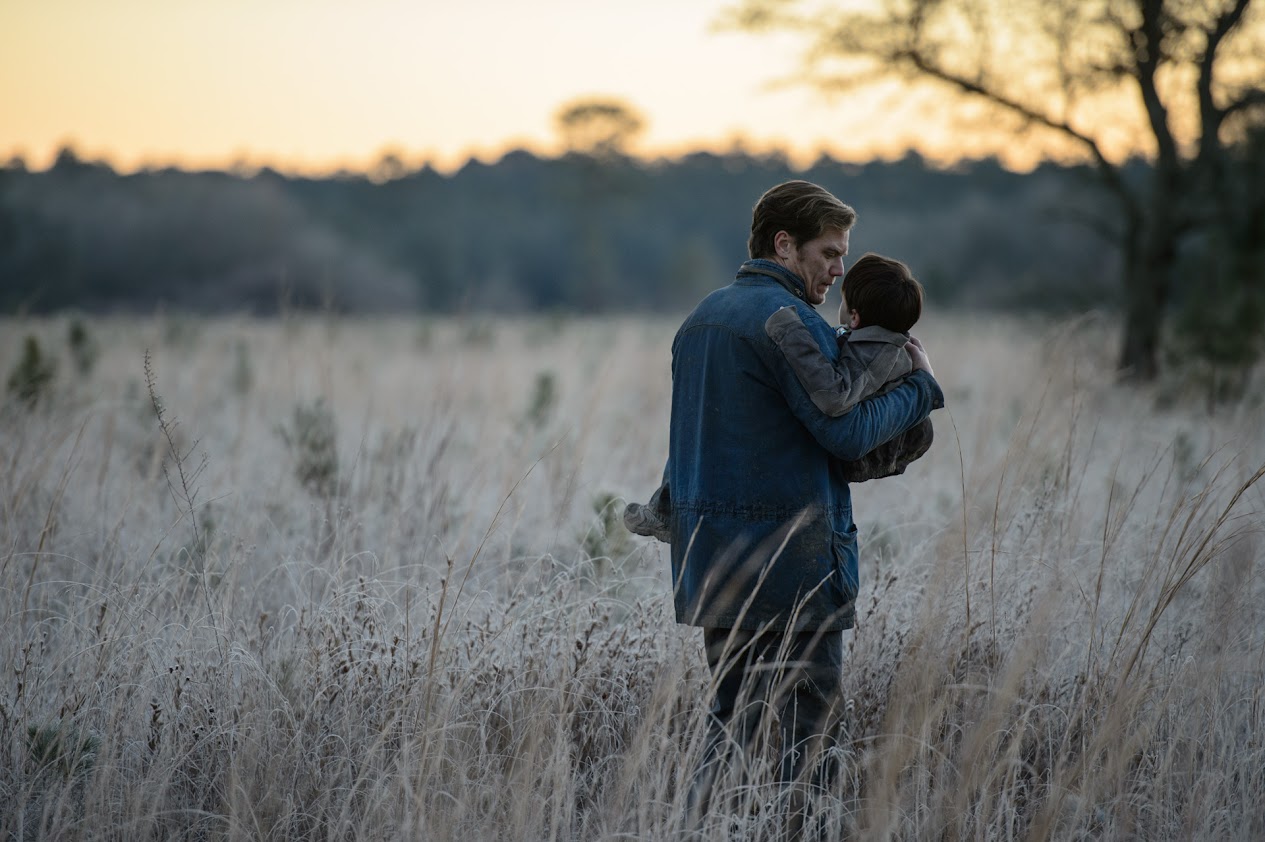 Even though this film tells a sci-fi themed story, it rarely goes out of its way to show-off special effects. However, it does have a few spectacular scenes that are nothing short of breathtaking, and has an effective and unsettling music score (by David Wingo) throughout. The writer-director Jeff Nichols masterfully grasps our attention by footing firmly on the ground instead of "out there" and investing screen time in its characters instead of awe-striking visuals. He effortlessly makes them ordinary yet intriguing. In the end, there is no question that this is a film about humans more than anything else out there.

The bright eyed Jaeden Lieberher surely will shine brighter after his unforgettable acting in this film as the mature and adorable Alton. Similar to "Mud" (2012), the director once again exhibits his superb ability in directing young talents to yield brilliant performances.

So, are "they" really out there? The film will let you know, eventually.