Land of Mine (Under sandet) 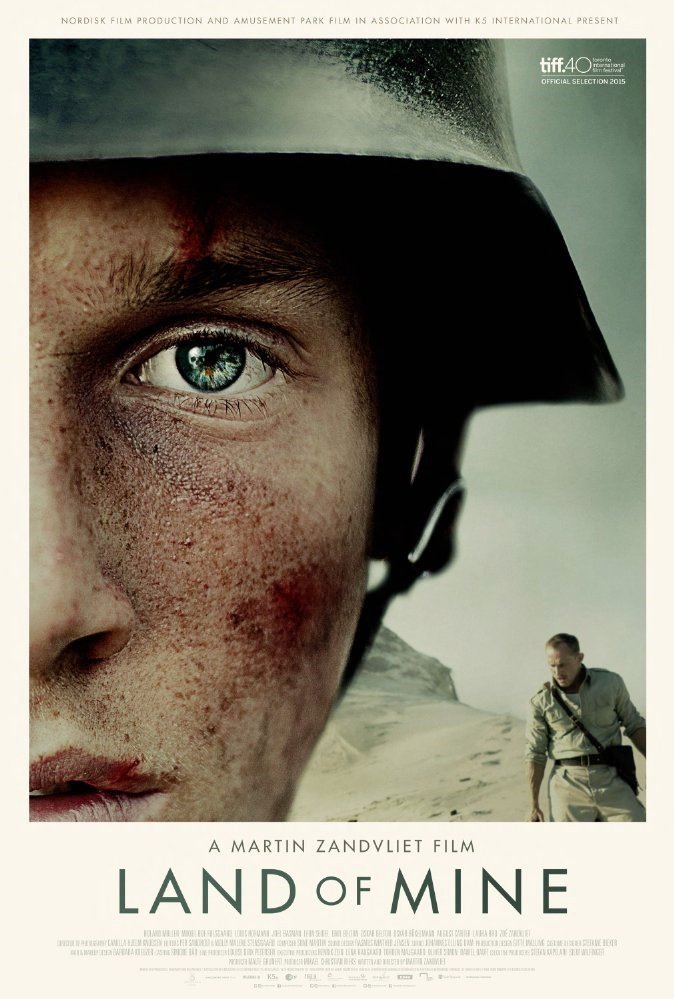 War does not only destroy lives and infrastructure, but it also provokes hatred and wipes out empathy. But despite the amount of demons war might bring out of people, there is still hope for humanity to sustain. That's what Danish writer-director Martin Zandvliet terrifically demonstrates in his World War II drama "Land of Mine" (Under sandet | Denmark/Germany 2016 | in Danish/German | 101 min.). This thrillingly captivating and profoundly emotional film definitely deserves its nomination for Best Foreign Language Film Oscar, and it should be given the trophy.

The story is based on little known events that people would rather forget. After five years of German occupation, Denmark was liberated by the Allies. However, under the sand of its coastal beaches, Denmark was left with more than two million land mines that Germany had buried in order to fend off possible Allies invasions. The British and the Danish decided to use German POWs to defuse the land mines during May-October 1945. 2600 Germans, many of them as young as 13 years old, were forced to clear the land mines on the sandy beaches and half of them were killed or injured.

Enraged by the German occupation, hot tempered Sgt. Carl Rasmussen (Roland Møller) has nothing left but hatred toward the Germans. When he is given a group of German teenagers to get rid of 75000 land mines on a deserted beach, he does not hesitate to take his vengeance on these young boys, even though their innocent looks may not reflect heinous crimes that the Nazis have committed. He locks them up at night and herds them to the danger zone during the day.

The boys have little experience or knowledge about defusing land mines, and they are given little food to survive, provided that they have not been blown away by mines. Sebastian Schumann (Louis Hofmann) emerges as a natural leader of the bunch and offers some comfort to a dreamy Wilhelm Hahn (Leon Seidel) and the inseparable twins Ernest (Emil Belton) and Werner Lessner (Oskar Belton). Through the terrible ordeal, some of them remain hopeful of returning home after they are done, although the hostile Helmut Morbach (Joel Basman) seems more realistic about the outlook.

The war continues when it has ended.

The writer-director Martin Zandvliet superbly creates a thrilling atmosphere following every step of these boys. We normally see the brutality of Nazis in World War II movies, but in this film, he turns the table around and shows us how the POW is miserably treated after the devastating war expunges any compassion one might have. Even though the story seems straightforward, the film is incredibly suspenseful and its intensity is almost unbearable at times.

Roland Møller subtly and convincingly depicts the transformation in Carl's mindset and the awakening of his humanity. The fine group of young actors also give an outstanding performance as the battered teenagers who keep up their hopes and dreams about their future, despite the inhumane treatments while performing a daunting task. When the film unfolds each heartbroken moment without sentiment, we have to wonder how human beings could do such horrible things to each other during, and after, the war.

There is no winner in a war, except hatred. All we can do is to learn from the past and not let the evil episode repeat. We can only hope, just like those German teenagers in this film.