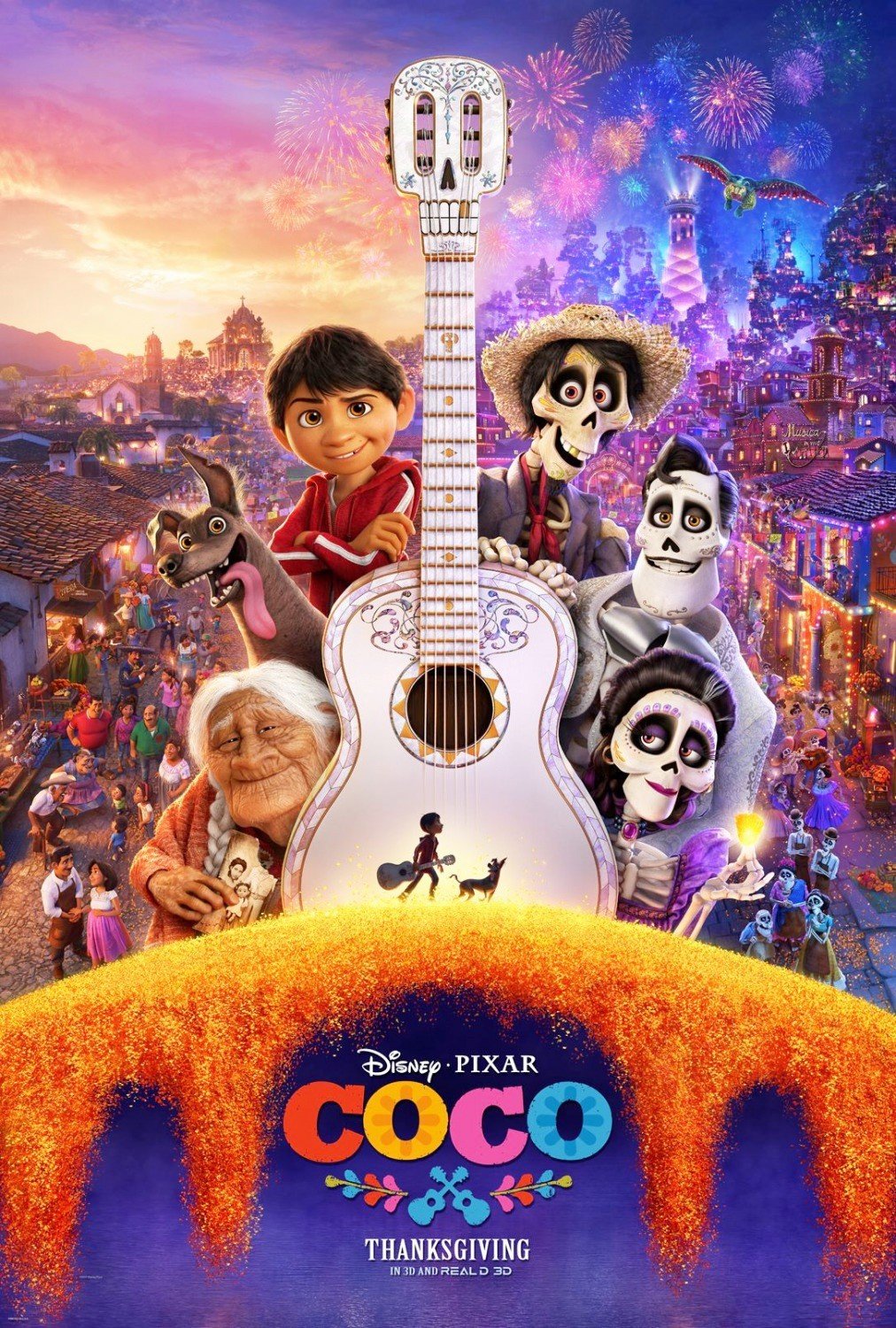 It's expected that a Pixar movie offers dazzling visuals, charming characters, children-friendly themes, and imaginative experiences. Its 19th feature "Coco" (USA 2017 | 109 min.) checks all those boxes, even though it is less rich and inspiring than some of the previous films such as "Inside Out" (2015). At a sophistication level that even a toddler can understand, the film reiterates the importance of family bonds. However, it is a strange move for the filmmakers to tell a story set in Mexico and featuring all Mexican characters who surprisingly speak American English. It undermines the story's authenticity to say the least.

Coco (voice of Ana Ofelia Murguía) is the ailing great-grandmother of 12-year-old Miguel (Anthony Gonzalez). Miguel dreams to become a musician and worships a folk music legend Ernesto de la Cruz (Benjamin Bratt) like many other Mexicans. However, since Coco's musician father left home without a trace a long time ago, music has been forbidden in the family for generations. On the eve of the Day of the Dead (Día de los Muertos) festival, Miguel's musical dream is crushed when his self-made guitar is destroyed by his grandma (Renee Victor).

The Day of the Dead is the time when the dead come back to their loved ones if they are remembered and their pictures are presented on an altar at home by their family. But before Miguel's ancestors have a chance to make their way back to visit the music-less family, Miguel magically travels to the Land of the Dead instead. That place actually looks like an extension of the living world, except they are populated by skeletons with expressive eyes and colorful outfits. One of the skeletons is Hector (Gael García Bernal) who asks for Miguel's help to come back to visit his family during the Day of the Dead before he is forgotten forever by the living souls.

Not surprisingly, Miguel's adventurous journey teaches him that family is what he should cherish the most, even more than music. And of course, in the end, how can the family not embrace Miguel's passion for music? 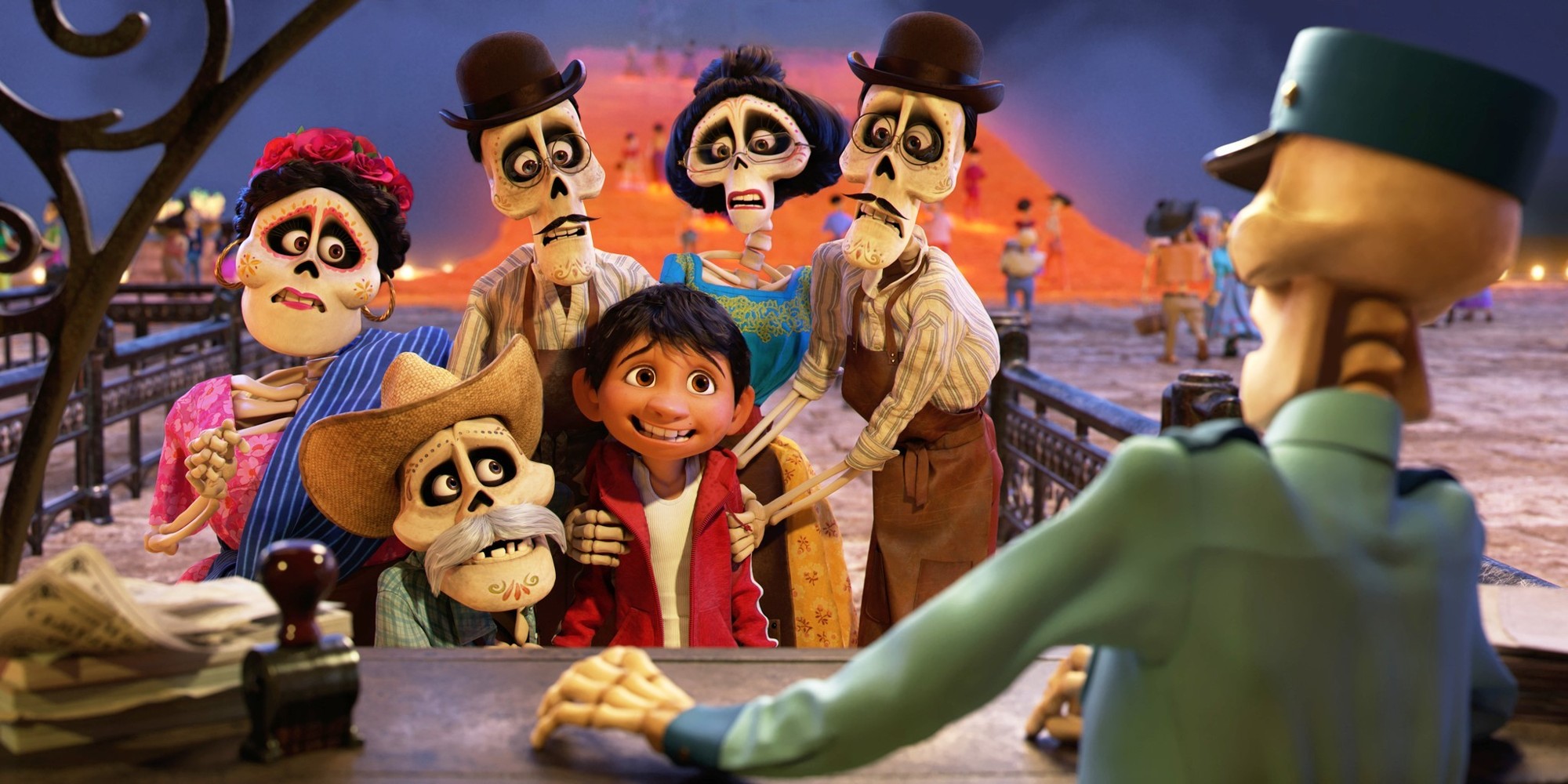 Despite the fact that most parts of the film feature skeleton figures, the film is pleasant to watch with minimum intellectual requirement, although it may stimulate some conversation with younger viewers about death.

The film is set entirely in Mexico, yet Mexican heritage is merely used as decoration and these Mexican characters have little Mexican in them other than their costumes. They can be easily replaced by white Americans if they change their clothes, especially since they already speak perfect American English. Dropping a few Spanish words such as "gracias" is not enough to make them Mexican. While it is a bold move for the film's story to unfold in Mexico, it is a missed opportunity when the film only presents Mexican culture as a colorful float inside a parade.

Nevertheless, this is still a Pixar production. If nothing else, its splendid visual is delightful, its upbeat music is cheerful, and its happy-ever-after tale is reassuring. The film may also change people's perception about a skeleton.