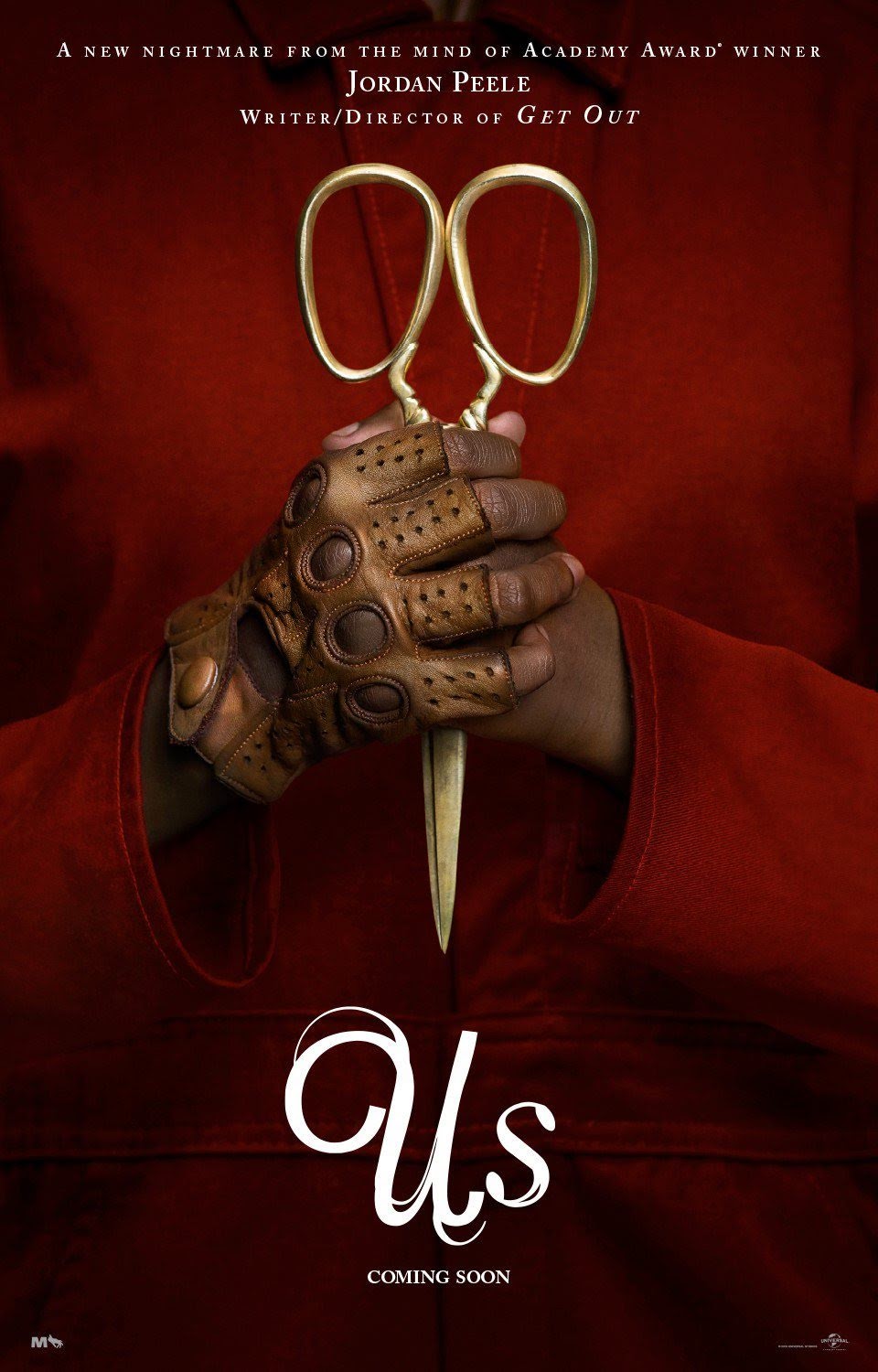 In his directorial debut "Get Out" (2017), the writer-director Jordan Peele satirically made a point that we, the society as a whole, are our own worst enemy. In his second film "Us" (USA 2019 | 116 min.), he took one step further by letting his characters fiercely fight for their lives against their own doubles. This comical horror film is more eerie and entertaining than his previous film, but less pointed in making a social commentary. Watching the terrific performance by an excellent ensemble cast as both humans and their doppelgangers is definitely more satisfying than seeing a zombie movie.

The film starts in 1986 in Santa Cruz where a family is having fun at a beach-side amusement park. When the little girl Adelaide Wilson (Madison Curry) wanders off into a haunted house called "Find Yourself," she is terrified seeing herself in the mirror, because it is not a mirrored image. Fast forward to the present day, Adelaide (Lupita Nyong'o) is happily married to a charming Gabe (Winston Duke), and they have a teenage daughter Zora (Shahadi Wright Joseph) and a young son Jason (Evan Alex).

Haunted by her childhood experience on the Santa Cruz beach, Adelaide is not eager to return to the location for a family vacation. However, she gives in to her persuasive husband and joins their wealthy friends Kitty (Elisabeth Moss) and Josh (Tim Heidecker) on the beach and relaxes in her vacation home nearby.

For almost two hours, the writer-director Jordan Peele ingeniously constructs the plot and terrifically delivers humor as well as terror one scene at a time. Even though he uses music to set a spooky mood like every horror film does, he is self-constrained and avoids using jump-scare tactics that many zombie movies embrace. The doppelgangers of the Wilson family may behave like zombies, but the fact that they look exactly like the film's characters makes them even more terrifying.

The scope of red-jumpsuit-wearing doppelganger attack goes beyond the encounter of the Wilson family and reaches an apocalyptic stage. Despite some clues toward to the end about whom these evil twins are, the conclusion might raise more questions than answers.

Some may ponder what these doppelgangers mean and if the film implies that we are digging our own grave and killing ourselves. For others, they may simply have a good time being scared and entertained. That's already a remarkable achievement for "Us."