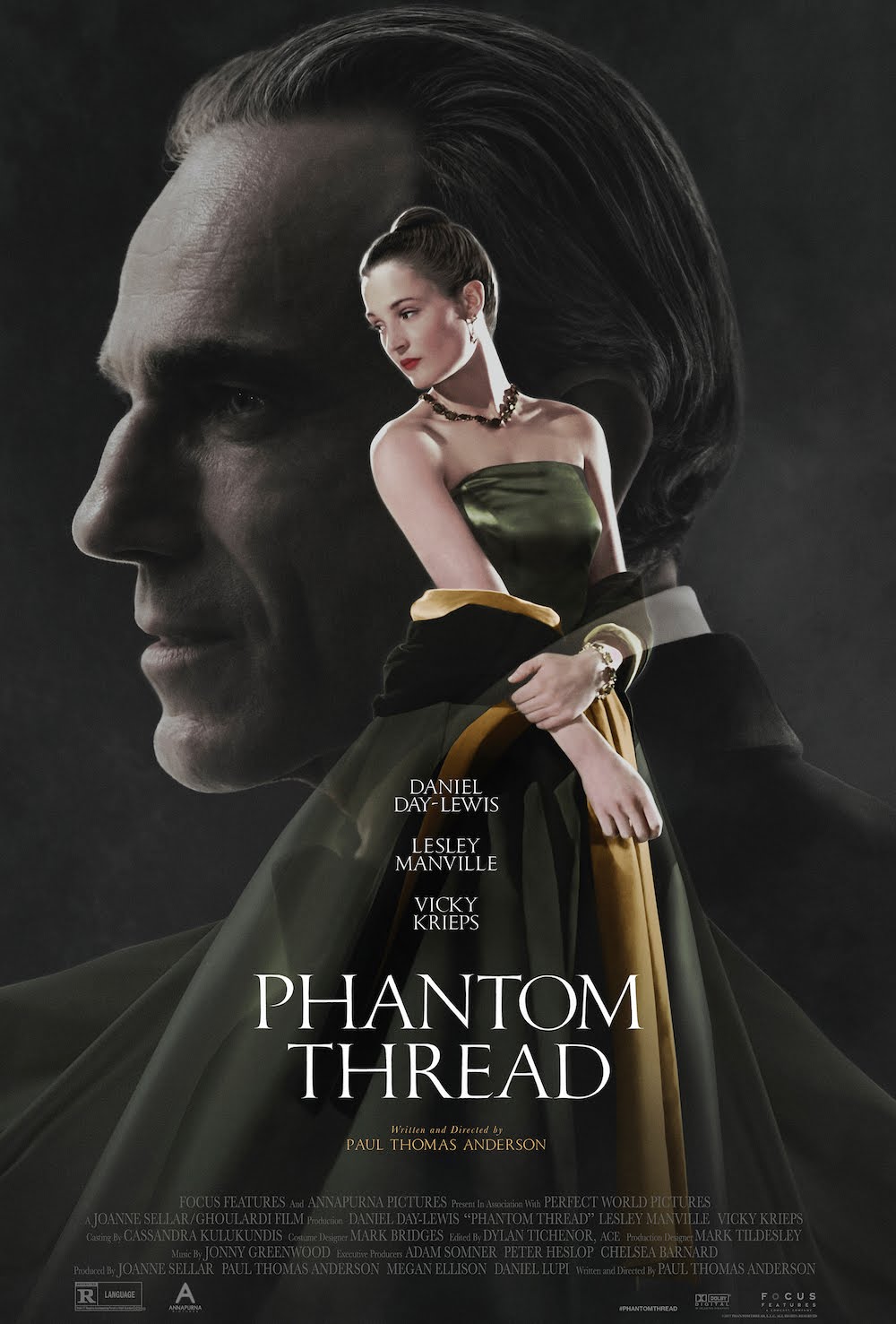 Will a control freak learn to compromise and be transformed by genuine love? Maybe, according to "Phantom Thread" (USA 2017 | 129 min.), an exquisitely crafted masterpiece by the acclaimed writer-director Paul Thomas Anderson about a couturier in the '50s. This absorbing film magically pulls you into the protagonist's fashion world whether or not you give a damn about fashion. Paul Thomas Anderson impeccably composes a compelling story with a triumphant performance from the cast.

That control freak is the dress maker Reynolds Woodcock (Daniel Day-Lewis) who is worshiped by his wealthy clients. He lives in a stylish town house in London with his business manager and sister Cyril (Lesley Manville) by his side almost all the time. He starts his day by sketching at his breakfast table, which requires absolutely no distraction. He takes immense pride in his work which he regards as art. His absolute authority is not to be challenged and his routine is not to be interrupted. He dismisses anyone whom he deems as an obstruction, such as a young woman who demands his attention at the beginning of the film.

But his disciplined life is intercepted when he meets Alma (Vicky Krieps), a waitress who waits on him during breakfast in a country inn. Falling in love at first sight, Reynolds adores Alma's beauty and charmingly invites her for dinner, and then makes her a dress. Overwhelmed by his affection, Alma moves into Reynolds's house and becomes his newly found muse.

However, Alma is not like other women that have come and gone in Reynolds's house. When she senses that the spark between the two is dying out, she refuses to pack up and go. She defies the controlling Reynolds and claims her equal status in the house. Will these two strong-minded people from different backgrounds and classes ever relive that most romantic moment when they first met? 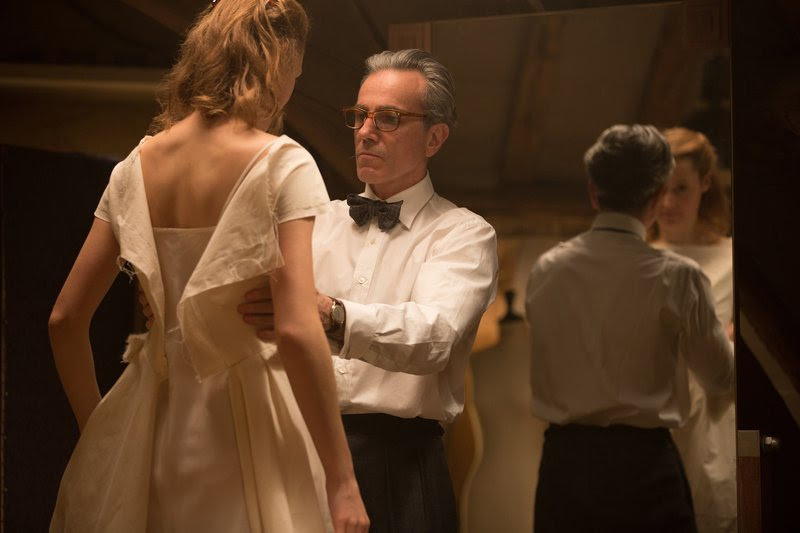 As if he is making a stunning evening gown stitch by stitch, the writer-director Paul Thomas Anderson meticulously constructs this elegant film frame by frame. Serving as his own cinematographer, he gracefully moves the camera like a sewing machine and seamlessly connects from upstairs to downstairs, from room to room, and from closeups to grand views. Like other mesmerizing characters he created in his previous films such as "The Master" (2012) and "There Will Be Blood" (2007), by no means is the eccentric Reynolds an admirable or a decent individual. Yet, Reynolds is spellbindingly enigmatic and toxically fascinating.

Of course, the outstanding performance plays a vital role in creating this character. It's impossible to imagine what Reynolds might be like without the exhilarating portrayal by Daniel Day-Lewis, the only actor who has ever won three Oscars for best actor. It is incomprehensible to learn that this is the last film he will appear in, ever. Daniel Day-Lewis completely dissolved into the character, and you would not have the slightest second thoughts about how Reynolds would speak and behave other than the way Daniel Day-Lewis did in the film. He is the fabric of the gorgeous evening gown that the director Paul Thomas Anderson painstakingly crafted.

While Alma has to stand up for herself against the control freak for equal status, Vicky Krieps's outstanding performance naturally claims her equal status next to the Oscar king in the film. She shines beautifully in the film by taking the center stage which Reynolds has no intention to share.