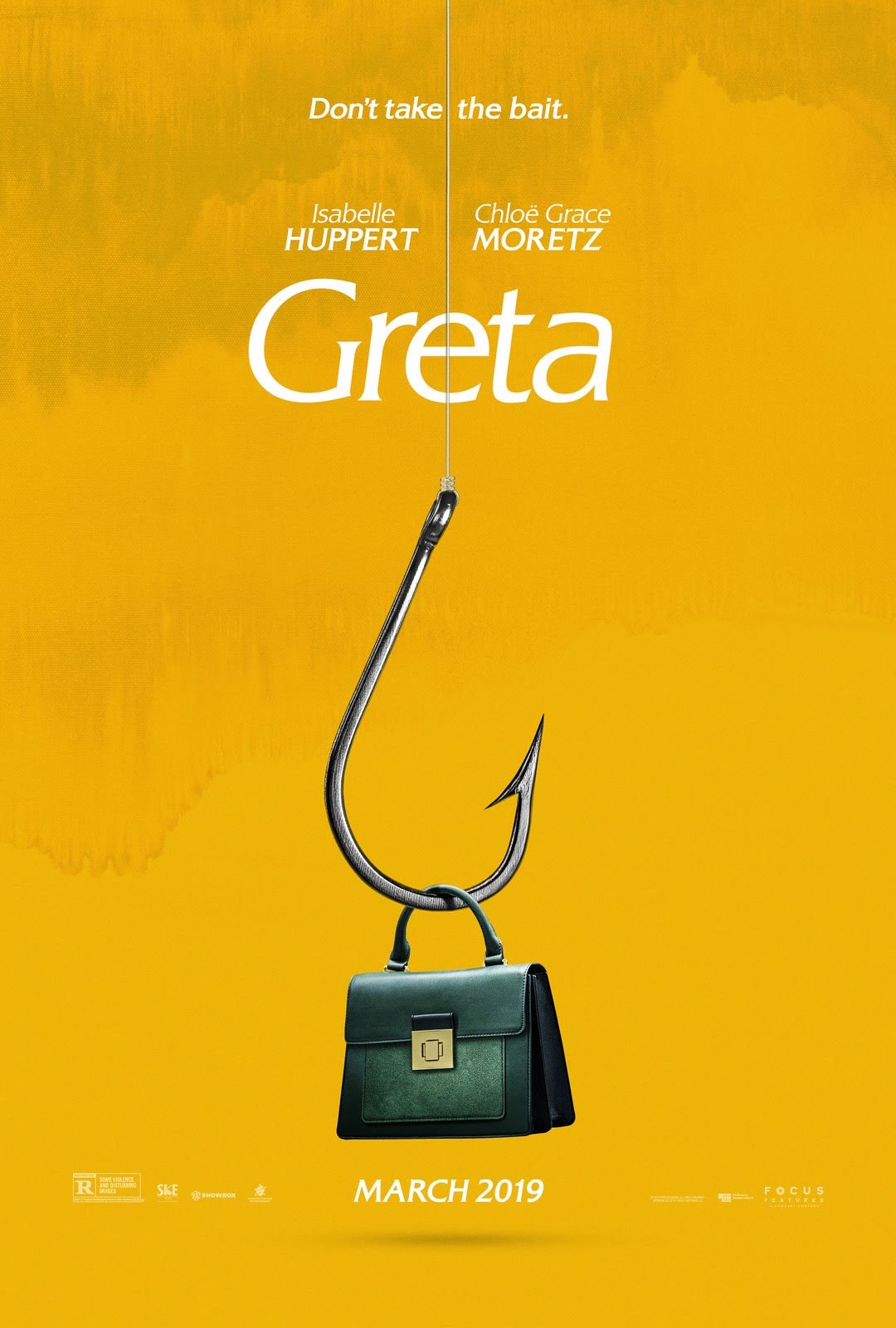 For a thriller to be thrilling, the very first requirement is that the story must be convincing. Otherwise, no matter how scary it might look on screen, it won't be effective to the audience. Unfortunately, the unconvincing story is the fatal flaw in the director Neil Jordan's new film "Greta" (Ireland/USA 2018 | 98 min.). Despite the film's mysterious beginning and a fine performance from the cast, the film falls flat when the plot runs amok with its characters going hysterical.

Frances (Chloë Grace Moretz) is a driven young waitress who works in a high-end restaurant in New York City, and lives with her roommate Erica (Maika Monroe) in a nice apartment. One day, on her way home on the subway, she notices a nice handbag left on a seat. Instead of handing it over to a station agent, she brings it back home. Inside the bag, besides cash, there is an ID of Greta (Isabelle Huppert) with her address on it.

Following the address, Frances meets Greta in a creepy house where Greta plays the piano, serves tea, and gets closer to Frances by expressing her loneliness. Even though we can all sense Greta is someone like the character in "Single White Female" (1992) whom one should stay away from, Frances seems to be comfortable with forging a friendship with Greta.

But when Frances finds multiple identical handbags in Greta's closet, Frances freaks out and cuts Greta out of her life. Of course, Greta is not going to let her catch slip away easily, and she becomes more aggressive and escalates her stalking behavior to a new level. Everything spins out of control.

Up to the point when Frances realizes Greta isn't just a lonely French widow who longs for companionship, the film paces nicely to build its suspense. But then, the director apparently banished his sense of logic and steered the film into a familiar farce you typically see in a horror flick. The plot began to lose its grip because we can no longer believe what happens to these characters. How in the right mind would Frances go back and meet Greta after she realizes how creepy Greta is?

The film's story is entirely based on a shaky start. If Frances simply turned in the handbag to a subway station agent (yes, one station booth might be empty, but the next booth should be staffed), none of the bad things in the film would have happened, at least not to Frances. Shouldn't a typical New Yorker's attitude be like "I am in hurry and I only mind my own business?" It's remarkable for Frances to go above and beyond to bring herself to the devil's den.

Both Chloë Grace Moretz and Isabelle Huppert give a fine performance as the odd couple, but without a credible story, their efforts are wasted.