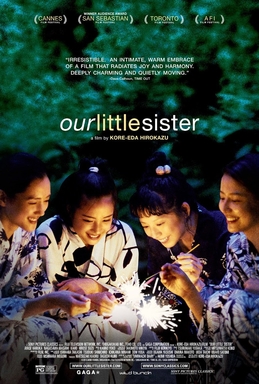 If you appreciate the small things in daily life, you will be a much happier person and live a fuller life. That philosophy toward living is often embedded in characters terrifically crafted by renowned Japanese auteur Hirokazu Koreeda (是枝 裕和). From "After Life" (ワンダフルライフ | 1998) to "Still Walking" (歩いても 歩いても | 2008), he allows us to experience the simple yet rich lives of his lovely characters who almost uniformly cherish family, love, heritage, and nature. He inspires us to reflect on our own lives and lift our spirits film after film. In his latest work "Our Little Sister" (海街diary | Japan 2015 | in Japanese | 126 min.), a leisurely-paced family drama based on a manga, he once again delights us with a story centering on four charming sisters.

Three young sisters in their twenties live in a plum tree-hugged old house in the scenic coastal town Kamakura (鎌倉市). The eldest Sachi Kōda (Haruka Ayase) works in a hospital and is dating a married doctor Yasuyuki Inoue (Ryôhei Suzuki). The outgoing middle sister Yoshino (Masami Nagasawa) works in a bank and has an unflattering track record on boyfriends. The youngest Chika (Kaho) works in a sporting goods store with her amusing boyfriend. After their father left the family for another woman when they were young and their mother abandoned them thereafter, Sachi has been the head of the household and has kept their sisterhood bond strong.

When they receive the news that their father has just died, they come to his funeral. For the first time, they meet their polite pre-teen half-sister Suzu (Suzu Hirose) who lost her mother when she was young. Perhaps that similar fate instantly connects the sisters. The trio invites Suzu to come live with them and Suzu moves in with them in a heartbeat.

Suzu naturally fits in the harmony in the house. She not only shares the blissful spirit among the sisters, but also inspires them to mend their grudge and resentment toward their parents and reach peace and reconciliation. 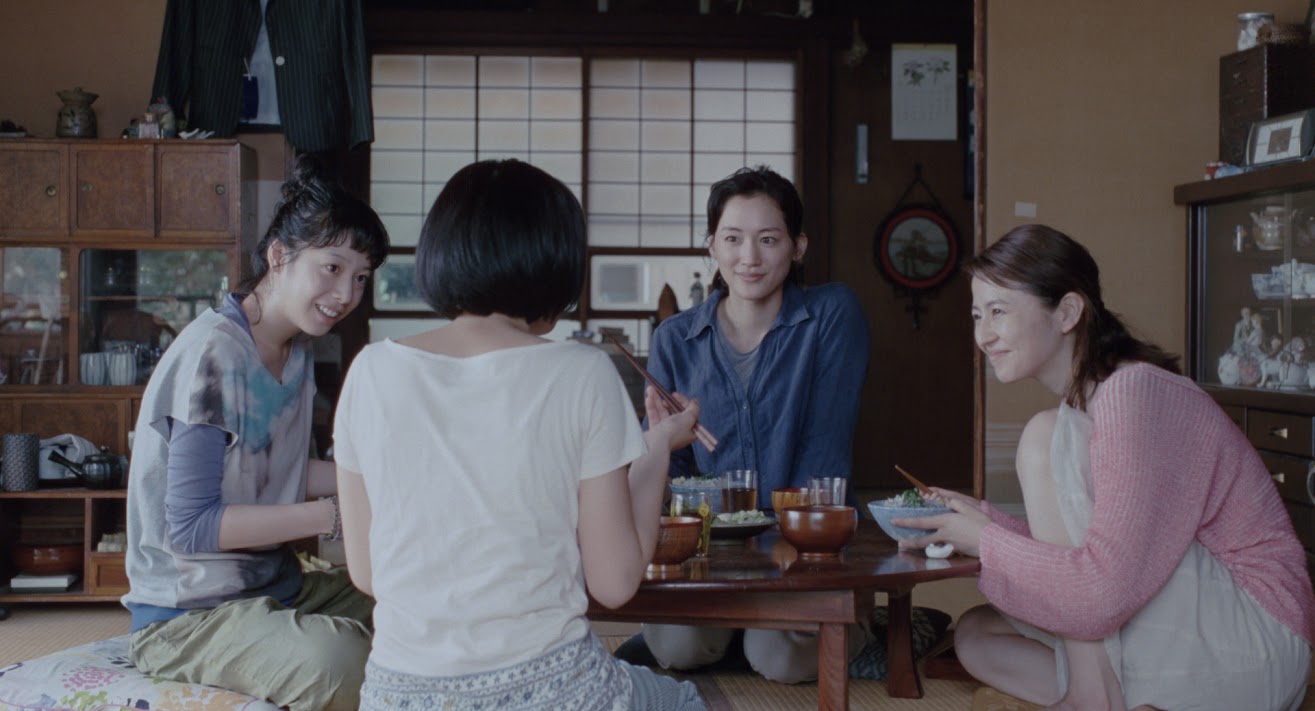 As the Japanese title "Sea Street Diary" suggests, the director Hirokazu Koreeda structures this film like diary entries in chronicle order. He often fills each scene with seemingly trivial daily happenings, yet they bring these mesmerizing characters to life bit by bit little. It makes you feel like sipping a cup of top-grade tea in a tranquil Zen garden, you literally can smell the aroma and sense the delight while watching the film.

Although almost every character in the film is kind and warm, they are never dull and one-dimensional. Each sister has her own personality and quirkiness, as well as flaws. The fact that many actors in the film also appeared in the director's previous films adds more enjoyment. It feels like a nostalgic reunion to see these familiar faces and characters in this new work.

We watch them enjoy childhood meals, drink plum wine, tell stories, glue window paper, pray to the dead. Without moving in with them, you experience their lives that are both life-affirming and inspiring, thanks to Hirokazu Koreeda's masterful filmmaking—he gently paints lives worth living, one stroke at a time.