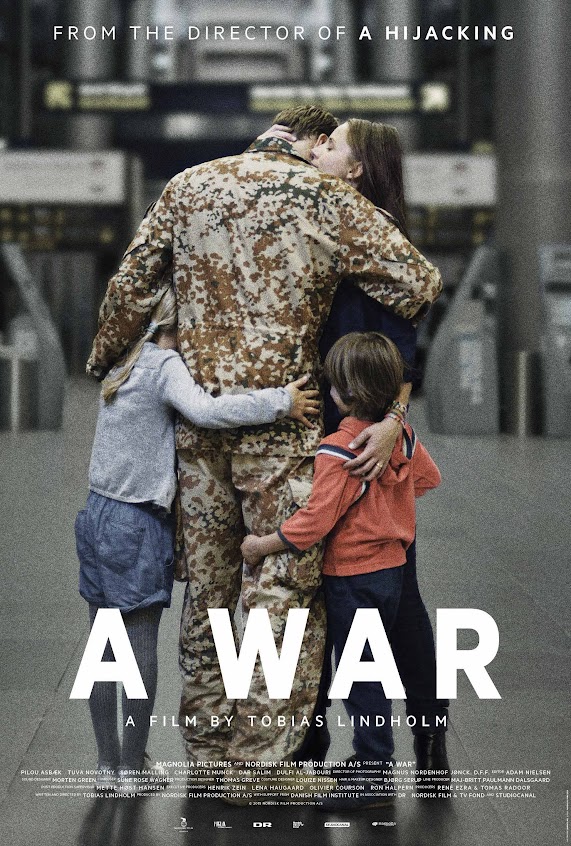 Without physically being in a battlefield, the chaos and brutality of war can often seem abstract and remote to us. The concept of collateral damage during a war can also become merely statistics and headlines. That detachment is completely diminished when you watch Danish writer-director Tobias Lindholm's third feature "A War" (Krigen | Denmark 2015 | in Danish | 115 min.). Nominated for best foreign language film Oscar, this intelligent and thought-provoking film vividly decodes those concepts with a story in Afghanistan's war zone, and shows us how the war continues after the soldiers come home. You can't help but wonder what you would do if you were in the same position as the film's protagonist.

Stationed in a remote village in Afghanistan and led by Commander Claus Pedersen (Pilou Asbæk), a Danish company routinely patrols the empty mountain roads to keep Taliban out of sight. When a soldier is blown up by an IED, the entire team is devastated, especially Lutfi "Lasse" Hassan (Dulfi Al-Jabouri) who is visibly shaken. One soldier bluntly complaints to Claus that the patrol is pointless and only exposes them to grave danger. However, Claus sees it differently. He believes their presence outside the camp is crucial for the locals to feel safe from the Taliban.

Back home, Claus's wife Maria (Tuva Novotny) struggles to take care of their three young children. Claus's absence in their daily routines starts to show significant impact on their growing up. Despite the difficulties Claus's young children may face, their lives exhibit a sharp contrast to the lives of the children Claus encounters in Afghanistan.

One day, when Claus leads his company into a village, they are under furious attacks from the Taliban and Lasse is severely injured. Desperately trying to end the enemy fire and to save Lasse's life, Claus calls for air support which leads to tragic consequences that everyone must confront. 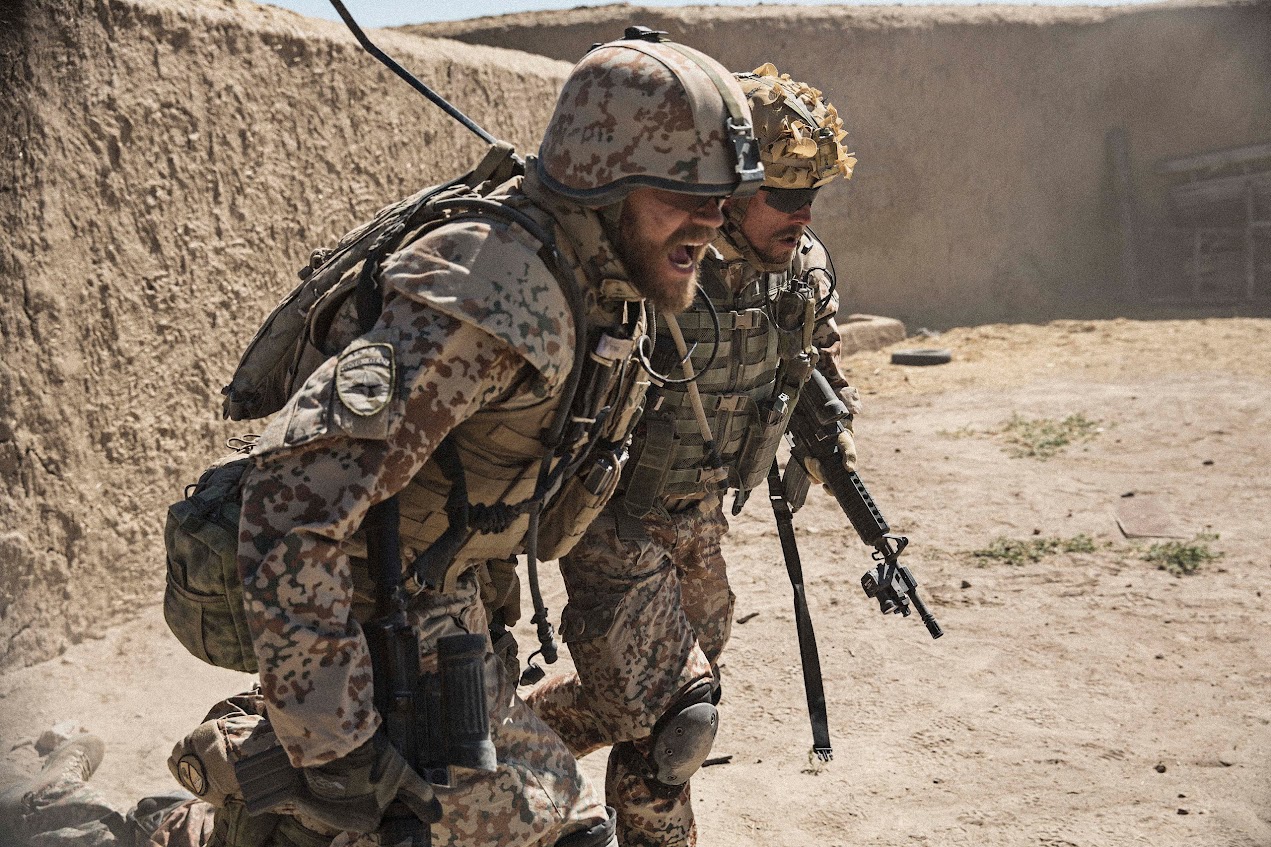 After making acclaimed "A Hijacking" (Kapringen 2012), the writer-director Tobias Lindholm once again tells a gripping story by taking us right next to those soldiers as if we were the cameras mounted on their helmets. The hand-held camera's violent moves mirror the nerve-wrecking atmosphere perfectly. Everything looks like a threat even in a deserted location and even during an encounter with children. The edgy feeling of sensing that something bad is going to happen is almost unbearable. A soldier declares: "You can't imagine what it's like out there." The film realistically shows what it's like out there.

During the second half of the film, the physical war in Afghanistan is carried over to the mind and soul of these soldiers after they return to Denmark. Although it is a different kind of war, its intensity is never eased. The moral and ethical compass is challenged following the aftermath in the war zone. The war never ends, it simply changes its battle ground.

The film does not speak loudly with an anti-war message, but it makes you wonder if these soldiers should get involved in the Afghanistan War in the first place. Everyone seems to have the best intention, but the brutal war continues to create so-called collateral damage both physically and mentally, abroad and at home.