If you have been paying attention to the latest Oscar buzz or to fresh cheers in the film festival circle, you will be very excited about the film selections of the 41st Mill Valley Film Festival (MVFF), presented by the California Film Institute. Even though it's not unusual for MVFF to snatch top films from other festivals, this year's program seems to be more successful in cherry-picking the award winners from major European film festivals and composing an impressive lineup for the Bay Area's cinephiles.

From much-anticipated award season contenders, to exquisite new works around the globe, and to the local Bay Area filmmaking, the 41st edition offers a variety of independent films that tell compelling stories. The festival showcases 204 films, including 94 narrative features, 24 documentary features, and 96 shorts that represent 46 countries and regions.

(You may click on each still image for showtime and theater information.)

As usual, two films will open the festival, and both are biographical this year. One is the documentarian Matthew Heineman's narrative feature debut "A Private War" (USA 2018 | 106 min.) about one of the most celebrated war correspondents Marie Colvin, played by Rosamund Pike.

Midway into the festival on October 8, the centerpiece presentation takes place with the Golden Lion winner at this year's Venice International Film Festival, the director Alfonso Cuarón's visually striking "Roma" (USA/Mexico 2018 | in Spanish | 135 min.) about a maid working for a middle-class family in Mexico City in the '70s.

On October 14, the festival closes with the "Moonlight" director Barry Jenkins's new film "If Beale Street Could Talk" (USA 2018 | 117 min.) about a 19-year-old pregnant girl fighting for her wrongly incarcerated husband's release in Harlem during the 1970s. 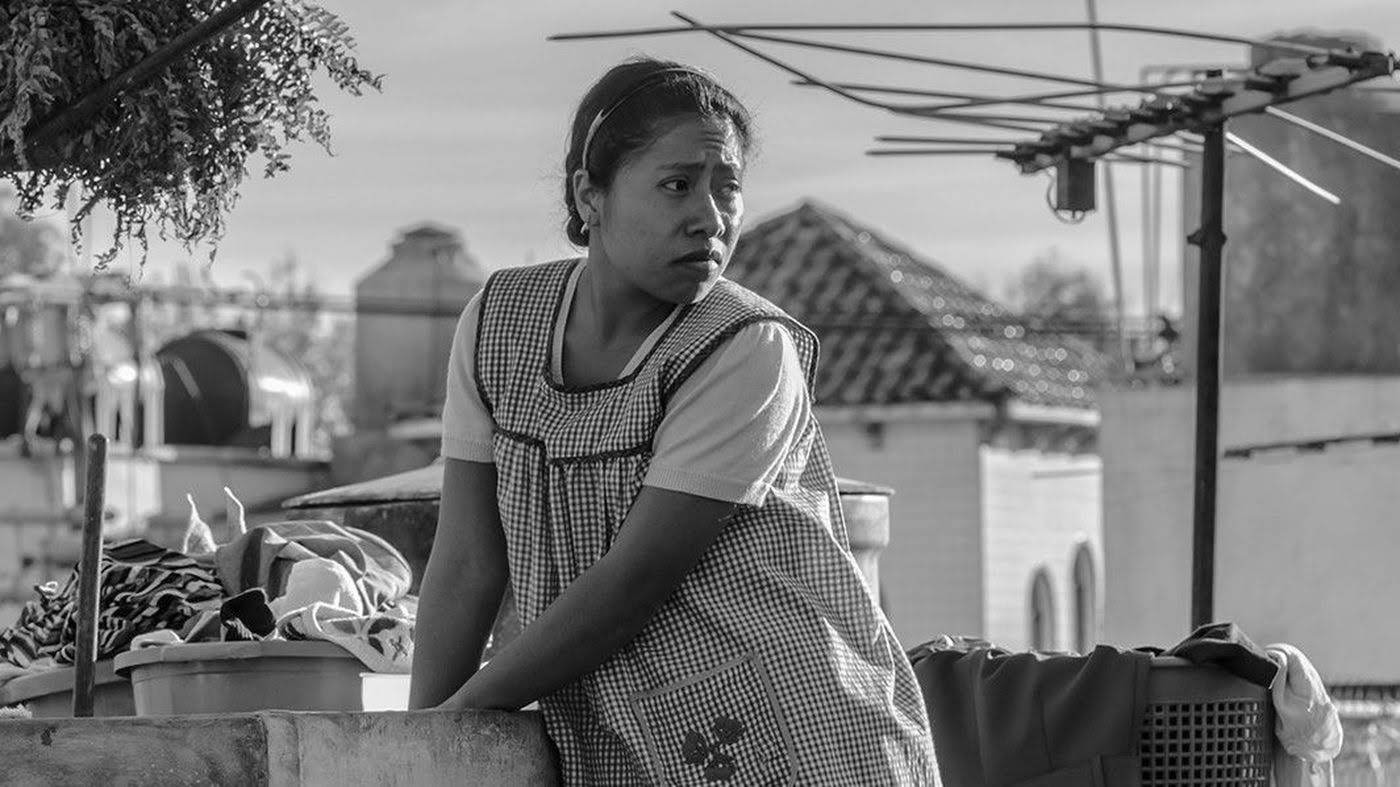 This year, the festival pays tribute to the acclaimed Polish director Paweł Pawlikowski featuring an on-stage conversation with the director followed by a screening of his "Cold War" (Zimna wojna | Poland/France UK | in Polish | 88 min.), a love story set during the Cold War era. The film won him the Best Director Award at this year's Cannes Film Festival and is selected as Poland's submission for foreign-language Oscar.

The charismatic Timothée Chalamet returns to the festival with an Oscar buzzed performance as a drug-addicted teenage boy in the director Felix Van Groeningen's drama "Beautiful Boy" (USA 2018 | 112 min.), which is shot in San Francisco. He will join the director and other cast members in attending the festival's special presentation program.

The Palme d'Or winner at this year's Cannes Film Festival and selected as Japan's submission for foreign-language Oscar, "Shoplifters" (万引き家族 | Japan 2018 | in Japanese | 121 min.) is the latest work from the renowned Japanese auteur Hirokazu Koreeda (是枝 裕和). He compassionately tells another family tale. This time, he focuses on a family which survives by stealing and lives below the poverty line. It also features the last performance by the director's long time collaborator, beloved actress Kirin Kiki (樹木 希林) who died of cancer recently.

Two Chinese language films in this edition of MVFF come from each side of the Taiwan Strait. Once again, the Chinese director Jia Zhangke's (贾樟柯) "Ash Is Purest White" (江湖儿女 | China 2018 | in Mandarin | 150 min.) tells a violent story involving gangsters in modern China. As usual, he casts his wife Zhao Tao (赵涛) playing the main character.

Perhaps the first film from Taiwan featuring a transgender protagonist, "Alifu, the Prince/ss" (阿莉芙 | Taiwan 2017 | in Mandarin/Paiwan | 97 min.) from the director Wang Yu-lin (王育麟) timely echoes the progress in LGBT rights in Taiwan such as the expected legalization of same-sex marriage. Alifu (Utjung Tjakivalid ) works as a hairdresser in Taipei hoping to complete her sex-reassignment surgery someday. But back home, her Paiwan tribe chief father is hoping to pass the throne to his only son. Surrounded by a supportive LGBT community, Alifu navigates her way in finding herself and happiness.

The works by two prominent Iranian directors are also shown at the festival. Asghar Farhadi's first non-Persian language film "Everybody Knows" (Todos lo saben | Spain/France/Italy 2017 | in Spanish/English/Catalan | 132 min.) is a mystery thriller performed by an ensemble of fine cast.

The winner of the Best Screenplay Award at this year's Cannes Film Festival, "3 Faces" ( سه رخ | Iran 2018 | in Persian/Azeri | 100 min.) enables the director Jafar Panahi to be in front of the camera again driving a car as in his previous film. In this slow burn drama, he drives a famous Iranian actress to a remote village to investigate a suicide video sent by a young girl who wants to attend a drama conservatory but is forbidden by her family. The setup and some of their behavior might be hard to comprehend beyond the Iranian culture, but the director's social commentary is quite pointed.

Coincidentally, there are also two films by Greek directors but only one of them is in Greek. The winner of Grand Jury Prize and Best Actress Award at this year's Venice International Film Festival, "The Favourite" (Ireland/UK/USA 2018 | 121 min.), by the Greek director Yorgos Lanthimos, takes the audience back to England's Royal court in the early 18th century where a fascinating power play among three women takes place.

The other Greek director Babis Makridis offers an intriguing character study in his offbeat "Pity" (ΟΙΚΤΟΣ | Greece/Poland 2018 | in Greek | 97 min.). His unhappy protagonist (Yannis Drakopoulos) can only be content when others express pity toward him. He surely gets a lot of pity at first when his wife lies in a coma after an accident. But when that situation changes, he desperately seeks new ways to obtain pity. If the character seems too out of ordinary, perhaps that is because the script is co-written by Efthymis Filippou, who is also the writer of other eccentric films by Greek director Yorgos Lanthimos such as "The Lobster" (2015) and "The Killing of a Sacred Deer" (2017). No matter how much you might be disturbed by the character, you won't forget him any time soon, with pity or not.

In the other film "Ben Is Back" (USA 2018 | 103 min.), written and directed by his father Peter Hedges, Lucas Hedges plays a young boy who is suffering from drug addiction. When he is back home on Christmas Eve, his mother (Julia Roberts) goes fanatic in trying to save him.

Academy award-winning actress Nicole Kidman also comes to the festival with two outstanding performances. Besides playing the mother in "Boy Erased," she is almost unrecognizable in Karyn Kusama's "Destroyer" (USA 2018 | 123 min.), in which she plays an unlikable LAPD detective who is battered both mentally and physically by a dark past. Despite the film's implausible story line and sleepy pace, her performance stands out in her long and extraordinary filmography.

If Nicole Kidman looks too grim in that film, you can find some antidote in director Steve McQueen's entertaining "Widows" (UK/USA 2018 | 128 min.). It tells a story about a group of widows who must come up with $2 millions cash after their crock husbands got killed during a heist job.

Based on the horrific massacre in Norway on July 22, 2011 that killed 77 people, the director Paul Greengrass depicts the heinous crime and its aftermath in "22 July" (Iceland/Norway/UK 2018 | 137 min.). It powerfully shows how and why Norway deals with such national tragedy so differently.

Winning the Jury Prize at this year's Cannes Film Festival and selected as Lebanon's submission for foreign-language Oscar, "Capernaum" (کفرناحوم | Lebanon 2018 | in Arabic/Amharic | 121 min.) zooms in at the humanitarian crises we face today. The director Nadine Labaki uses non-professional actors to tell the story of a 12-year-old boy suing his parents for bringing him into this miserable world.