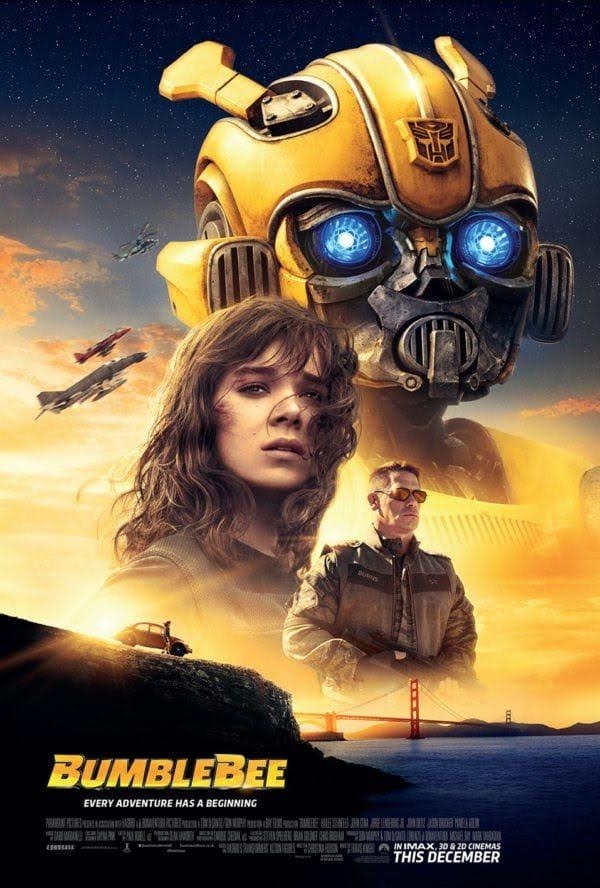 Can a bulky and clumsy robot be cute and cuddly, and also communicate with humans about its feelings like the alien in Steven Spielberg's "E.T. The Extra-Terrestrial" (1982)? That may sound impossible if you have seen previous Transformers films directed by Michael Bay. However, under the direction of Travis Knight, that miracle actually happened in the latest Transformer installment "Bumblebee" (USA 2018 | 113 min.), with Michael Bay on board as a producer, and Steven Spielberg as an executive producer. This new film doesn't merely treat robots as metal pieces that can fight and transform. Instead, it crafts a robot into a mesmerizing character that's funny, touching, and likable. Yet, the robot doesn't overshadow the center stage where the film's teenager heroine stands. The film is a delightful entertainment adding to holiday cheers.

The story begins with a fierce battle between Decepticons and Autobots on a planet called Cybertron. Facing defeat, a young Autobot B-127 is sent to Earth to protect mankind from destruction by Decepticons while waiting for other Autobots to arrive.

B-127 crash-lands into a military training led by Jack Burns (John Cena), and is badly hurt by Decepticons that are following him. But these robots never die, and B-127 transforms himself into a Volkswagen Beetle hiding in a junkyard.

Living in the Bay Area, free-spirit Charlie (Hailee Steinfeld) has been moaning her father's death. She spends most of her free time in her garage trying to fix his father's old car and staying away from her mom (Pamela Adlon), her step-dad (Stephen Schneider), and her little brother (Jason Drucker). On her 18-th birthday, she discovers B-127 in the junk yard and gets the non-working car as a birthday gift. The next thing we see is that she brings the Beetle back to life and drives him home with a big smile. 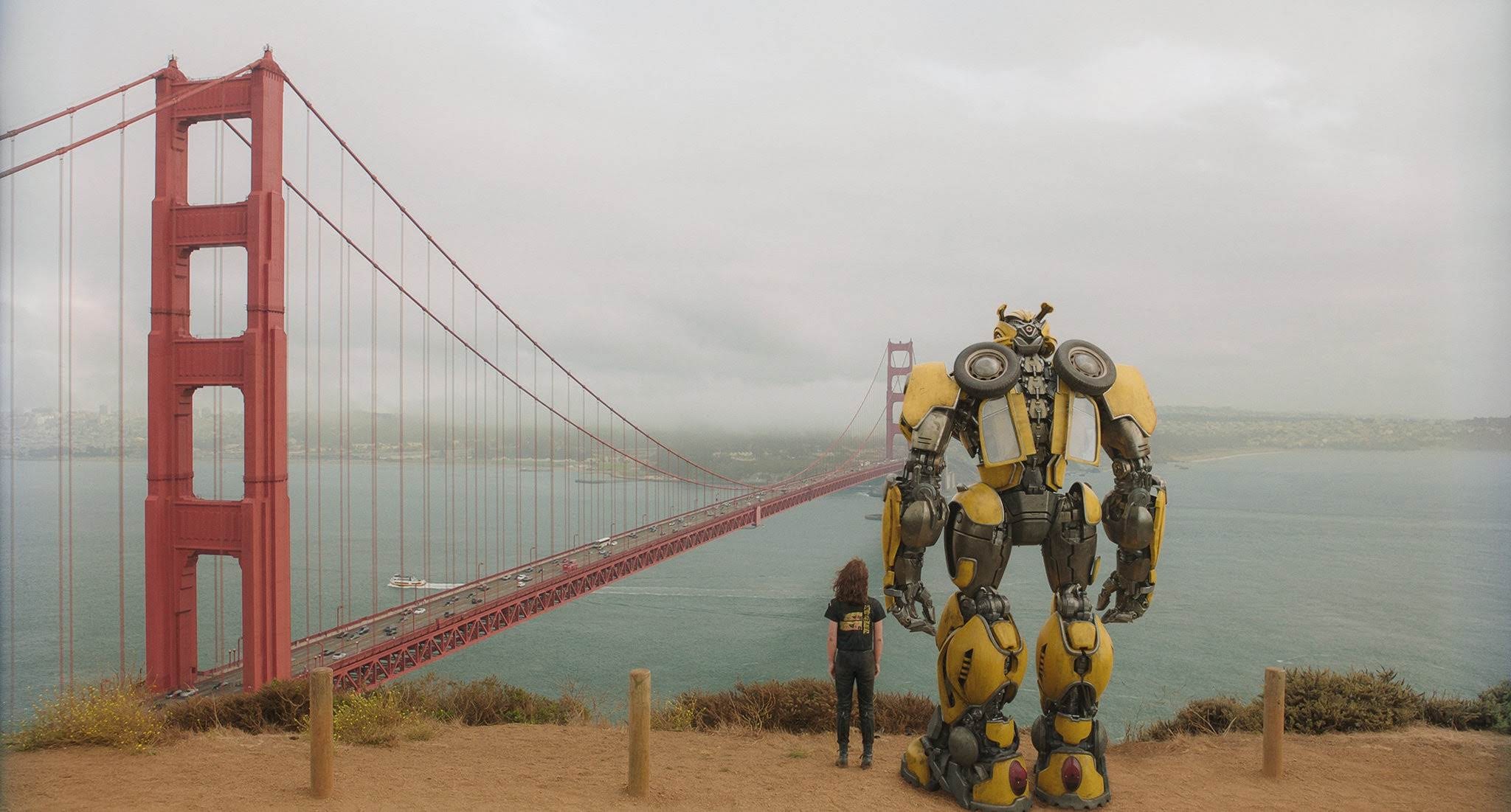 Of course, B-127 is not a car. After he surprises Charlie by standing up in her garage, Charlie gives him a new name called Bumblebee. The amusing and tender bond between them begins to develop. But the garage is too small to keep Bumblebee as a secret. First Charlie's next door neighbor Memo (Jorge Lendeborg Jr.) finds out about Bumblebee, then the military commander Jack Burns and Decepticons track him down. To save humankind from total destruction, Charlie bravely helps Bumblebee to fight back the enemies.

The director Travis Knight never loses his focus on telling the story between Charlie and Bumblebee, despite all the noise from the fighting robots surrounding them. Not only did he make Bumblebee cute, charming, and lively, but he also depicts the relationship between Charlie and Bumblebee as both heartwarming and delightful. By the end of the film, you won't view Bumblebee as simply a robot, but an unforgettable character.

Besides the storytelling, the film also brings out chuckles with its light-hearted humor, such as the brilliant and hilarious use of '80s music throughout the film. In addition, I enjoyed this film even more because many of the filming locations are in Marin Headlands where I frequently hike on weekends.

This is a perfect holiday entertainment for us to escape from the reality and politics, and marvel at the majestic beauty of Marin Headlands.