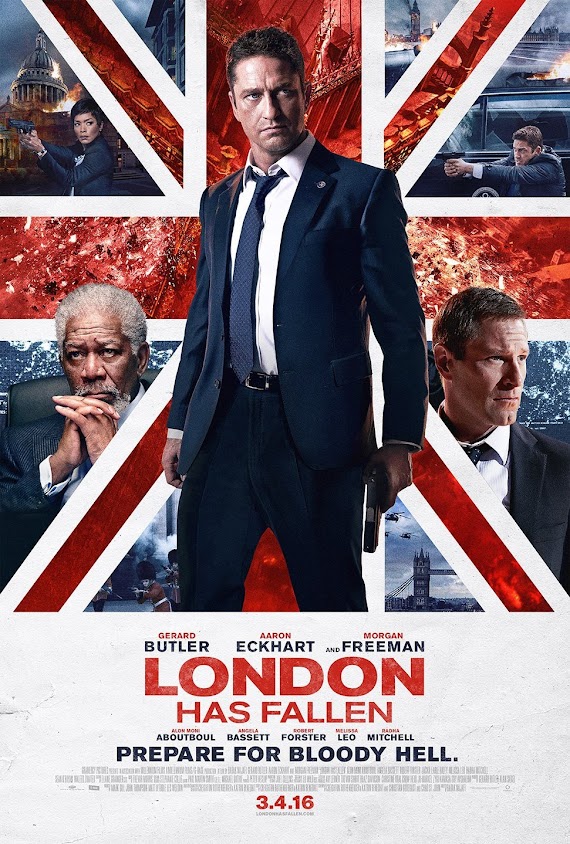 When Morgan Freeman authoritatively declared "We will find you!" to terrorists in the trailer for director Babak Najafi's new film "London Has Fallen" (UK/USA/Bulgaria 2016 | 99 min.), I immediately mocked his voice with "We will destroy you!" I was amused that he said exactly that sentence couple seconds later in the trailer. Familiar phrases like these made me wonder if anything is going to be new in this sequel to "Olympus Has Fallen" (USA 2013) when even its lines are so predictable. It turns out, besides the spectacle of blowing up London, you have seen this film as many times before as you've heard Morgan Freeman's commanding voice.

As if nothing happened after the fall of the White House, Mike Banning (Gerard Butler) is still the trusted secret service officer to President Benjamin Asher (Aaron Eckhart), although then House Speaker Trumbull (Morgan Freeman) is now the Vice President.

After the British Prime Minister's sudden death, world dealers are summoned to London for his state funeral by a last minute notice. Surprisingly, they all come! Despite the heavy security measure, suddenly all hell breaks loose upon their arrival: every police man or royal guard appears to be a terrorist, Westminster Abbey is blown up, and Tower Bridge falls into water. The heads of France, Italy, Canada, Germany are all dead, but President Benjamin Asher survives the crash of his helicopter. Mike Banning is able to run away with the President from the chaos and reaches a tube station, or anywhere they want to be. No wonder so many people try so hard to run for the President of the United States.

It turns out this is a revenge from an arms dealer Aamir Barkawi (Alon Aboutboul) because the US killed his daughter and injured his family in a drone strike in Pakistan a couple of years ago. Now he wants to capture and kill President Asher, in front of the world. But since Mike Banning is still the President's guard, you can be certain that it will not happen—they will survive just fine like three years ago when the White House was under attack. 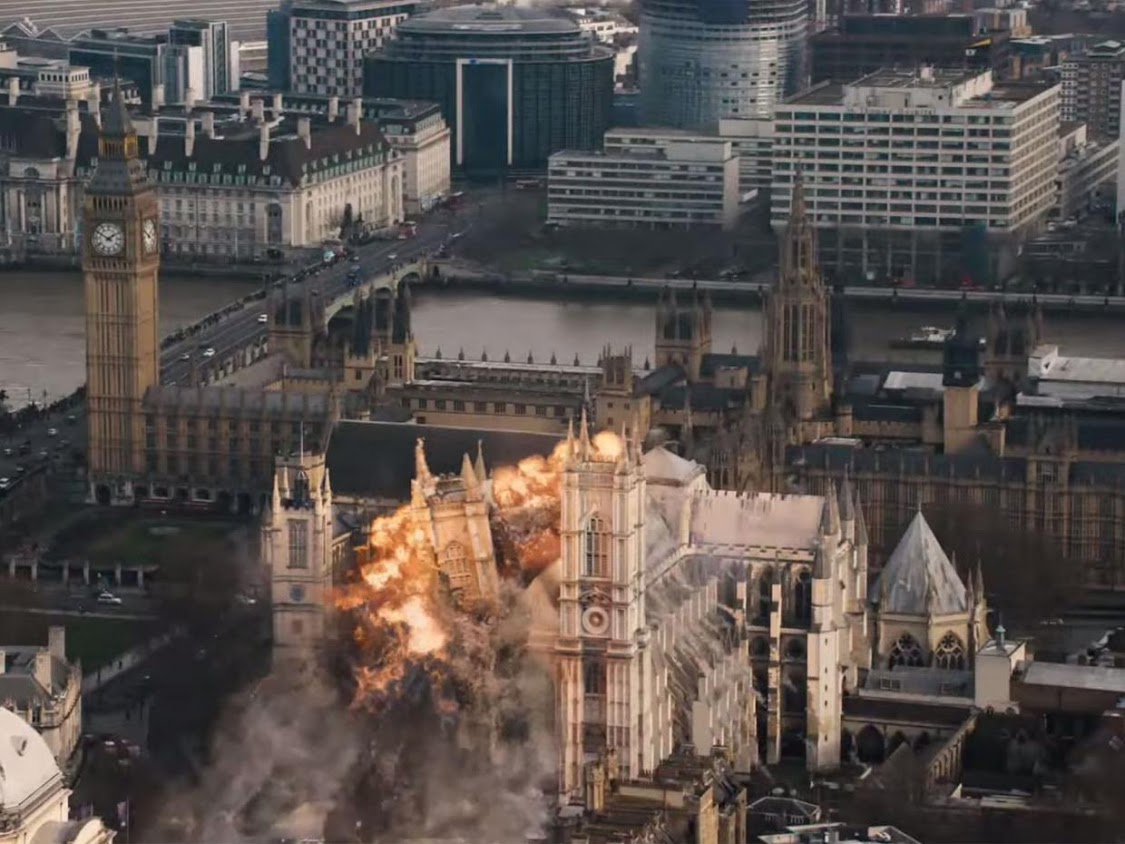 I am surprised that even though the Vice President declared war against the terrorists in the trailer, he forgot to repeat that in the movie. Or perhaps I missed it because it was too noise in the movie due to heavy gun fire and explosions. But no matter how fierce the enemy fire is, President Asher and his body guard Mike are just simply bullet proof. If they can get up running after a helicopter crash, of course they will be fine after a gas explosion in a multistory building where they are standing. The film doesn't even try to be slightly convincing or reasonable. All it wants to do is to show off how tough Mike can be and the spectacle of blowing up Westminster Abbey, which I am sure the Queen won't find amusing.

The film offers little substance besides a lot of bullets, plenty of violence, and tons of cliché. It's preposterous every time the camera turns to the control room. People in that room seem to be able to pinpoint anywhere they want to see. When they see their President alive, they jump up and down like cheerleaders at a football game. Yet, they have no clue about any terrorist attack that is coming or choose not see them from that room. The whole thing, especially the movie itself, is a bloody joke.