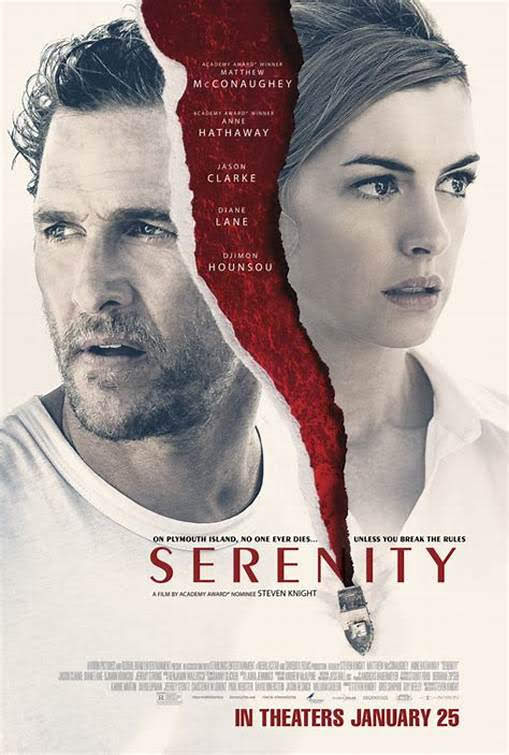 If you have seen the writer-director Steven Knight's "Locke" (USA/UK 2013), you must be enthralled by his exceptional craftsmanship in building tension and suspense, and looking forward to his next film "Serenity" (USA 2019 | 106 min.). The trailer of this new film certainly reinforces the expectation for another thrilling experience. However, even though the film is engaging and beautiful to watch at first, its implausible story eventually wreaked havoc on its enigmatic atmosphere.

The film is set on a small tropical island called Plymouth surrounded by tranquil clear ocean water and warm sandy beaches baked in the sun. (If you want to book your next vacation there, the film's location is actually Mauritius.) Chain-smoking veteran Baker Dill (Matthew McConaughey) comes and goes from this scenic island into the sea looking for big tuna, and he occasionally takes paid tourists on his boat to go fishing.

Out of the blue, his estranged ex-wife Karen (Anne Hathaway) shows up. Since Karen left Dill with their son Patrick (Rafael Sayegh) for her wealthy but abusive new husband Frank (Jason Clarke), Dill has cut off all contact with them even though Dill misses his son terribly. But Karen did not come to get back together with Dill, instead she is here to offer Dill a large sum of cash to kill Frank.

Given that Dill struggles with money and cares about his son's well-being, is he going to take up Karen's offer and get rid of the violent and obnoxious Frank? 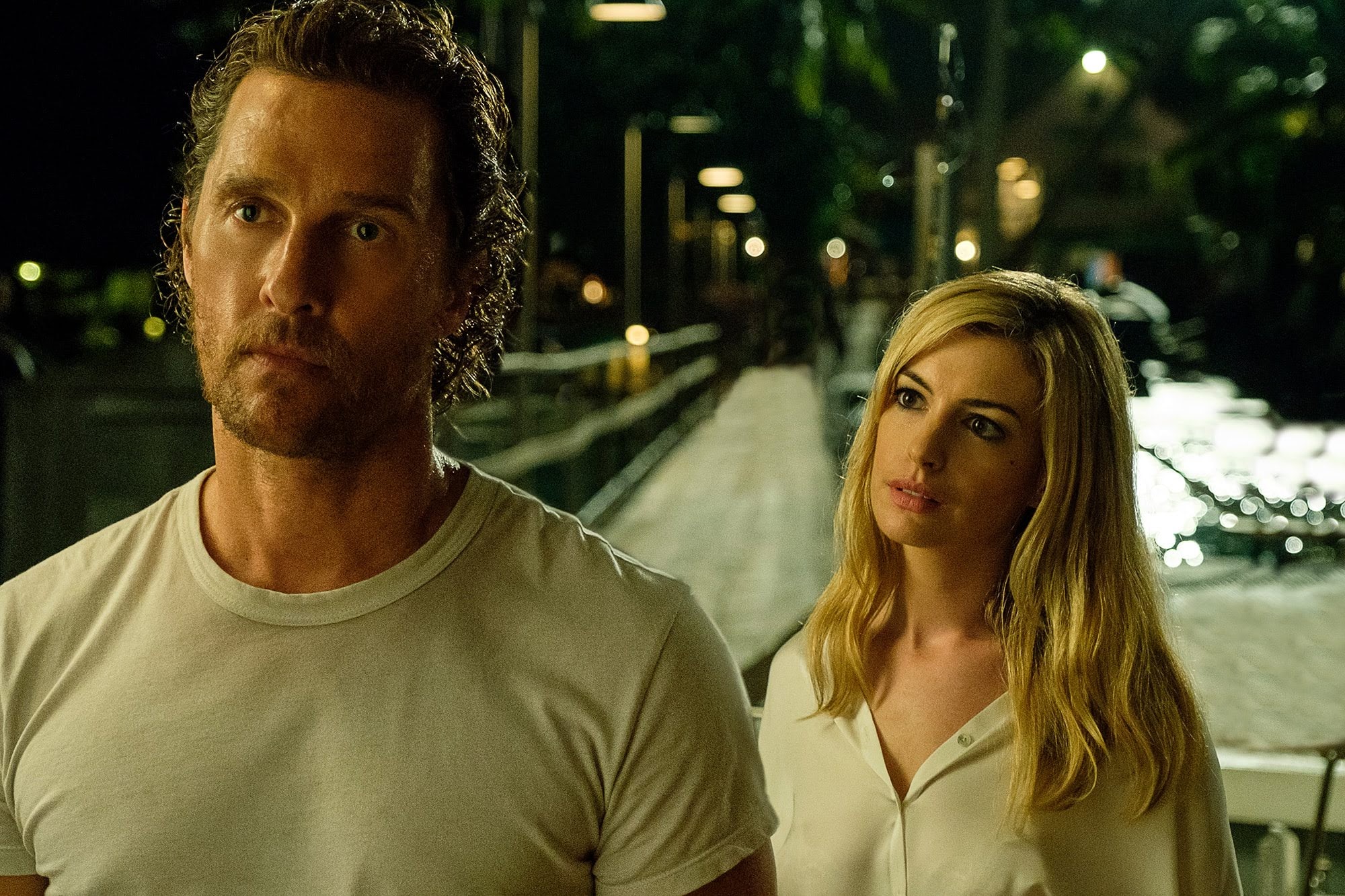 With a deep voice and an elusive demeanor, Matthew McConaughey finely plays a mysterious character that the director Steven Knight envisioned. The tension and secretive atmosphere is nicely staged at the beginning of the film.

Then comes the problem: the story. The plot becomes more and more ludicrous and the story line has to be held together with a bandage. All the tension and mystery boil down to a simple question: will Dill feed Frank to the sharks today? No matter how Matthew McConaughey stares at you with his sad eyes, he can no longer hold your interest. And who is that kid that popped up from nowhere toward the end of the movie? For what?

You may feel like you have been tricked by the film's trailer which promises all the excitement and enigma, as if you've taken a vacation after being lured by a website about a fantastic destination, only to be disappointed upon arrival by the lack of substance the destination has to offer.

Even though the story ruined the movie, you might still want to book a vacation to Mauritius, where Dill is nowhere to be seen, so you can enjoy the tranquil scenery instead.