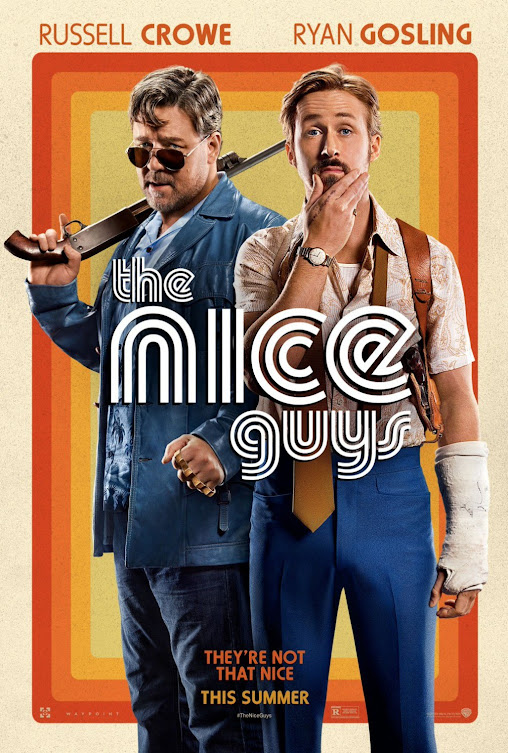 The gloomy faced Russell Crowe and the handsome but serious looking Ryan Gosling are two of the best known actors in Hollywood, but not for playing comic characters. If they are cast together in a buddy film, are they going to be funny for a change? Apparently not, judging from the director Shane Black's comedy "The Nice Guys" (USA 2016 | 116 min.). The two fine actors awkwardly execute a dull script that tries to tell a murky story. They work hard to be funny yet misfire most of the time. It makes you wonder if the real reason for this year's Cannes Film Festival to show this film last Sunday is because they just want to see the duo in person, which may be more fun.

When the film's title appears in a similar typeface as the one used in "Boogie Nights" (1997), you are clued in that the story is set in 1977, and the location is in Los Angeles which is blanketed with smog, pornography, and celebrities. Scruffy Jackson Healy (Russell Crowe) gets paid by his clients for beating up people. When he first meets the alcoholic and not-so-bright private detective Holland March (Ryan Gosling), he mercilessly breaks Holland's arm.

Then after the spectacular death of a porn star Misty Mountains (Murielle Telio), for far-fetched reasons, Jackson teams up with Holland to search for a missing young woman named Amelia (Margaret Qualley), who is the daughter of the impeccably pampered Head of the California Department of Justice (Kim Basinger). Jackson and Holland certainly don't appear to have the chemistry to get along, especially after they had a pretty bad start. But it doesn't matter. The movie must go on regardless of how preposterous the story becomes. Unfunny jokes must be delivered even though they are poorly written and provide little dividend to the film's entertaining value. And Jackson and Holland must become buddies no matter how ridiculous the motivation might be.

Why do they have to run amok between bullets to find Amelia? Good luck in figuring that out. 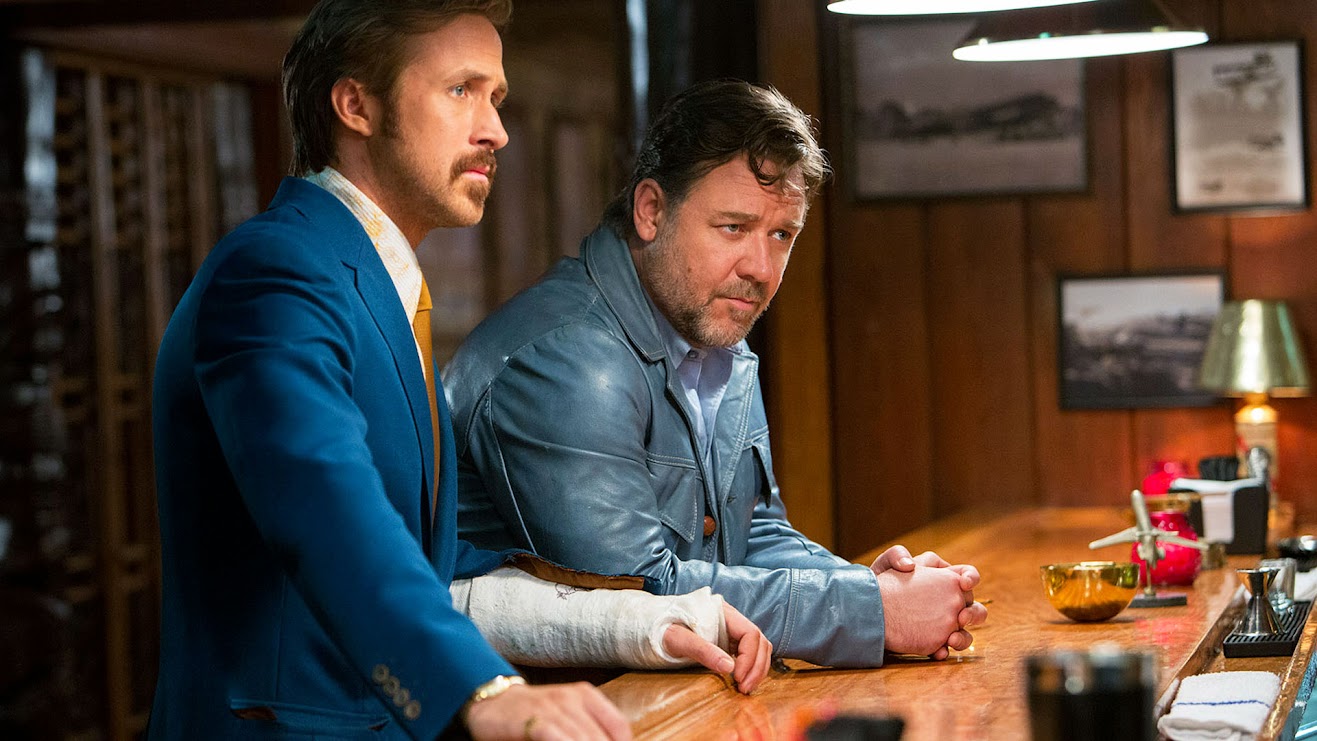 The director Shane Black seems to be aware of the difficulty in making sense of the over-stretched story, as well as the challenge in turning the two big-name actors into a reasonably convincing and likable couple. In order to distract the audience, he adds irrelevant jokes or lame physical comedies that often feel out of the place. When jokes fail to be amusing, he throws in the towel and begins to turn the film into an action flick—people start to be smashed against windshields toward to the end of the film.

Individually, Russell Crowe and Ryan Gosling have played many (often melancholy) characters terrifically, such as the ones in in "A Beautiful Mind" (2001) and "Blue Valentine" (2010). So the idea of bringing them together to make a comedy is definitely intriguing. However, this film takes no time to convince you that it's actually a bad idea. The two should not have made this farce.