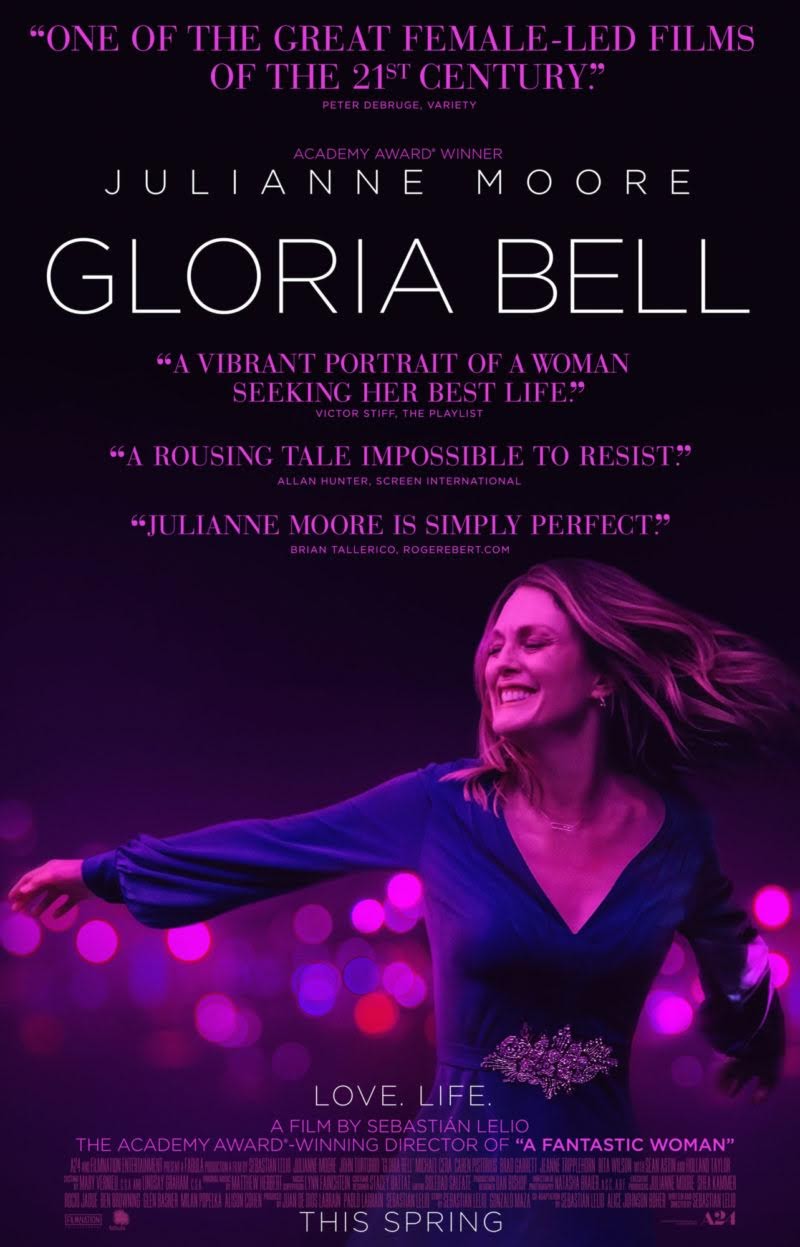 In his award-winning drama "Gloria" (2013), the Chilean writer-director Sebastián Lelio told an arresting story in Spanish about a middle-aged woman's relationship with men. It's both surprising and remarkable for him to retell the story almost scene by scene in English with a whole new cast in "Gloria Bell" (Chile/USA 2018 | 102 min.). What's even more extraordinary is that he is able to tell his story one more time just as raw, refreshing, captivating, and intelligent as his first film, if not more so. And Julianne Moore's tour de force performance as the titular character gives a fantastic new take over Paulina García's terrific portrayal in the original version which won her a Silver Bear at the Berlin International Film Festival.

For this English language remake, the location is moved to Los Angeles, where Gloria (Julianne Moore) is a divorced middle-aged mom with two grown children Veronica (Alanna Ubach) and Peter (Michael Cera). She works in a car insurance office during the day, and dances the night away in clubs in searching of a new relationship.

Contrary to conventional wisdom about cruising in bars, she is quite successful in finding romance. She meets another divorcee Arnold (John Turturro) and starts their relationship. However, even though Arnold cannot be any more charming when he recites poems, he also cannot cut ties with his divorced wife and his two needy adult children. After a few rounds of blunders with Arnold, Gloria has to make a decision about what to do with her pursuit of love.

The writer-director Sebastián Lelio is superb in creating arresting characters in various relationships. He terrifically portrayed a transgender woman in "A Fantastic Woman" (2017) which won the Best Foreign Language Film Oscar. His critically acclaimed original "Gloria" masterfully crafted a spellbinding middle-aged character. In fact, that story is so good and the performance is so wonderful that he wants to repeat it all over again. He was already halfway to showing the magic when he cast one of the best actors of our time, Julianne Moore, to play the protagonist.

Julianne Moore is at the core of Sebastián Lelio's success on outdoing himself. Her sensible and pitch-perfect performance make us feel Gloria's every breath and emotion, every desire and frustration, and every hope and regret. Gloria can be vulnerable at times, but she is never weak. She is one of the most mesmerizing women on screen, now played by two terrific artists, speaking two languages. Perhaps she can speak more languages in the future, because the Gloria character is both authentic and universal.

When there is a good story involving an interesting character, Sebastián Lelio shows us how he can double the pleasure by retelling the story with great actors.